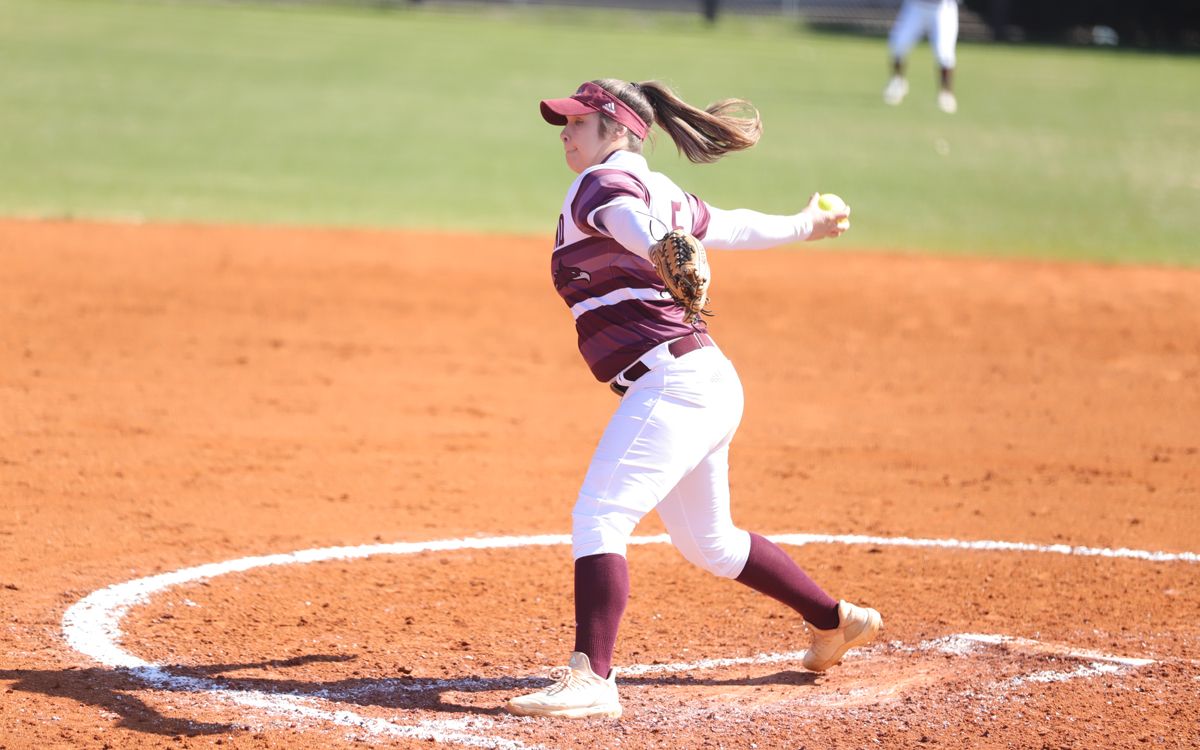 LEBANON, Tenn.-- On a day that runs came at a premium, the Phoenix pulled out two tight victories over Indiana-South Bend, 3-1 and 3-2, in softball action today within the friendly confines of Billy Dee Ross Stadium.

Today's games saw a mix of excellent pitching and strong fielding on both sides of the field. In the first game, Cumberland (7-1) turned to steady upperclassman Kayley Caplinger (3-1) for what was one out short of what would have been a complete game shutout. The junior fanned five batters in her 7.0 innings of play, allowing a single run on just five hits.

Indiana-South Bend (0-4) started Aly Brickel (0-1) who took the complete game loss, giving up three runs on five hits while striking out three. All three of the runs she allowed and four of the hits came in what was a sloppily fielded first inning.

Mariah Clark drove in two of Cumberland's three runs in game one off a double to the left field wall. Mackenzie Myars went 2-for-3 for the Titans, providing their only score off an absolutely massive solo home run shot to right center.

Despite the temperature hovering in the high 30s, low 40s, Cumberland came out of the gates on fire, completing the cycle on its way to three runs and four hits in the bottom of the first. The first Cumberland run came across the plate after Caitlyn Griffin stole second, allowing Tyra Graham to take home on the throw from the catcher to the second baseman. Two batters later with runners on second and third, Clark smacked a ball to the left field wall, driving in Madison Woodruff and Griffin for two more runs. Cumberland threatened to put on more runs as Titans' fielders made some suspect decisions on fielders choice opportunities to load the bases with only one out, but Brickel struck out back-to-back batters to limit the damage.

The closest either team got to a run until the seventh came in the bottom of the sixth as Taylor Woodring stole two-straight bases with two outs. Cumberland did not manage to bring her home, but went into the seventh needing only three outs to earn the win. Caplinger made quick work of the first two batters, but the third batter, Myars, connected on a homer that nearly reached the road, cutting the lead to 3-1. The next batter reached base, but a pop up ended the game in the Phoenix's favor.

The teams maintained their defensive effort in the second game. Bela Soto got the start, playing the majority of the game (3.2 innings) giving up two runs (one earned) on six hits while sitting down three batters. Clark (4-0) came in at the end of the fourth inning to guide the team to the win. She made another quality appearance in the circle for the Phoenix, striking out three Titans and allowing only one hit.

Kiah Ferrell (0-2) played the 5.0 innings on her way to the loss. She struck out five Phoenix batters as opposed to the seven hits and three runs she gave up. The Titans brought Becca Stevens in to finish the game, picking up two strikeouts in a single inning of play.

Even though it was hard to find hits, two Phoenix players were efficient from the plate, Caplinger going 2-for-2 with a double while Macey Milliken was 2-for-3 with both hits coming on doubles. Batting second in the order, Griffin led the team with two RBIs. All of the Titans' runs came off the bat of their lead off hitter, Kat Bessler. She hit a solid 2-for-4 with two RBIs.

The majority of the offense in the second game came in the third inning. The Titans jumped out to their first lead of the day in the top of the third, Bessler hitting a single into right field with runners on second and third to bring to take a 2-0 lead. The second batter up to the plate, Milliken, connected on a double to left field to set the Phoenix up with a runner in scoring position. Graham followed Milliken up with a single to center field, before stealing second for runners on second and third with only one out. Griffin hit a ball through the gap into left center, to score two runs and tie the game at 2-2.

The game deciding run came in the bottom of the fifth, again starting with a Milliken double, this time to right center. Graham and Griffin grounded out after her, but it was enough to advance the runner to third. With two outs and Milliken on third, Woodruff singled into right field to provide the final run of the game. The sixth and seventh innings went by quick as neither team could put hits together, Cumberland winning 3-2 to complete the sweep.

The Phoenix are on the road for their next game, taking on Bryan College in Dayton, Tenn., this coming Tuesday for a 2 p.m., doubleheader.