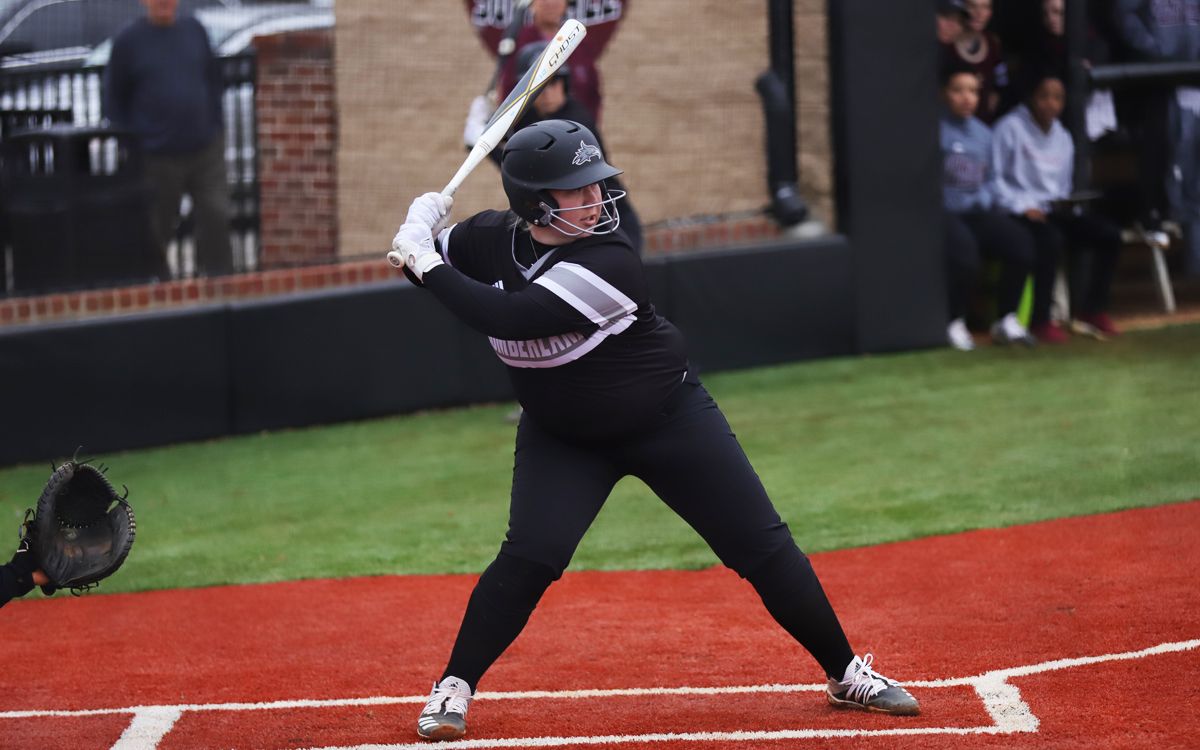 LEBANON, Tenn.--The Phoenix played Bryan College in an afternoon home doubleheader, losing the first game 8-6 behind a huge third inning by the Lions before the second game had to be canceled due to darkness. The game's where originally scheduled to be played at Bryan, but because of wet field conditions the series was moved to Lebanon.

The Lions got the best of Cumberland to push the Phoenix to 7-2 on the season, despite CU outhitting Bryan 10-8. Both teams relied on strong pitching and fielding to quickly cut through the first two innings, but fielding issues in the top of the third spelled trouble for the Phoenix. The first four batters all reached base; two of which came on a fielding error to that saw a runner advance to third and a fielder's choice where no outs were turned.

The first out of the inning came when Lindsey Dunn hit a sacrifice fly to deep center field, bringing in the second Bryan run of the game with runners on first and second. A ground out to Madison Woodruff at her short stop position brought another runner home as the damage done in the inning expanded to three runs. The next batter hit a two RBI single, before Cumberland escaped the inning with five runs allowed.

Bryan tacked on another run in the fourth before Cumberland got on the board in the fifth. An early walk saw the Lions make a change on the mound, bringing in Stephanie Blevins for Lindsey Dunn. Senior, Tyra Graham took advantage of the change hitting a ground ball through the gap into center field. The next batter took a walk, loading the bases as Cumberland's RBI co-leader, Madison Woodruff came to the plate. Woodruff made the most of the opportunity, cranking a ball into left center for two runs. The Phoenix's other co-leader for RBIs, Mariah Clark, came up to bat with two outs and two players on base. Clark hit a blast to the left center wall, pulling the Phoenix within striking distance at 6-4.

With two outs in the top of the sixth, a routine catch in center field was dropped, bringing in the runs that determined the difference in the game. Dunn reentered the game for Bryan in the circle to finish the final inning. Cumberland took two quick outs, but back-to-back RBI singles by Clark and Kayley Caplinger again had the Phoenic within two, 8-6, but took another out with the tying run at the plate to take the loss.

The team's started the second game, but darkness saw the game canceled in the fifth with Bryan in the lead, neither team earning a win or loss.

Caplinger (3-2) started the day on the mound for Cumberland, pitching 4.0 innings on the way to her second loss of the season.The junior dished two strikeouts, allowing five hits and six runs (two earned). Fellow junior, Bela Soto came in to close out the final three innings of the game, sitting down four of the batters she faced. Soto permitted only three hits and two runs (none earned) during her time in the circle, but advanced two runners on wild pitches.

Clark (2-for-3) and Woodruff (2-for-4) continued their excellent early season play, driving in five of the team's six runs between the two of them. Graham (2-for-4) hit her team leading fifth double in the contest.

Lindsey Dunn got the start and the win for the Lions, giving up three runs (one earned) off seven hits in 5.1 innings of play. The source of Bryan's runs were rather spread out, coming from six different players.

The Phoenix are off for a bit before their next game, a home contest against Talladega College on March 11th. First pitch of the doubleheader is currently set for 2 p.m., in Billy Dee Ross Stadium.