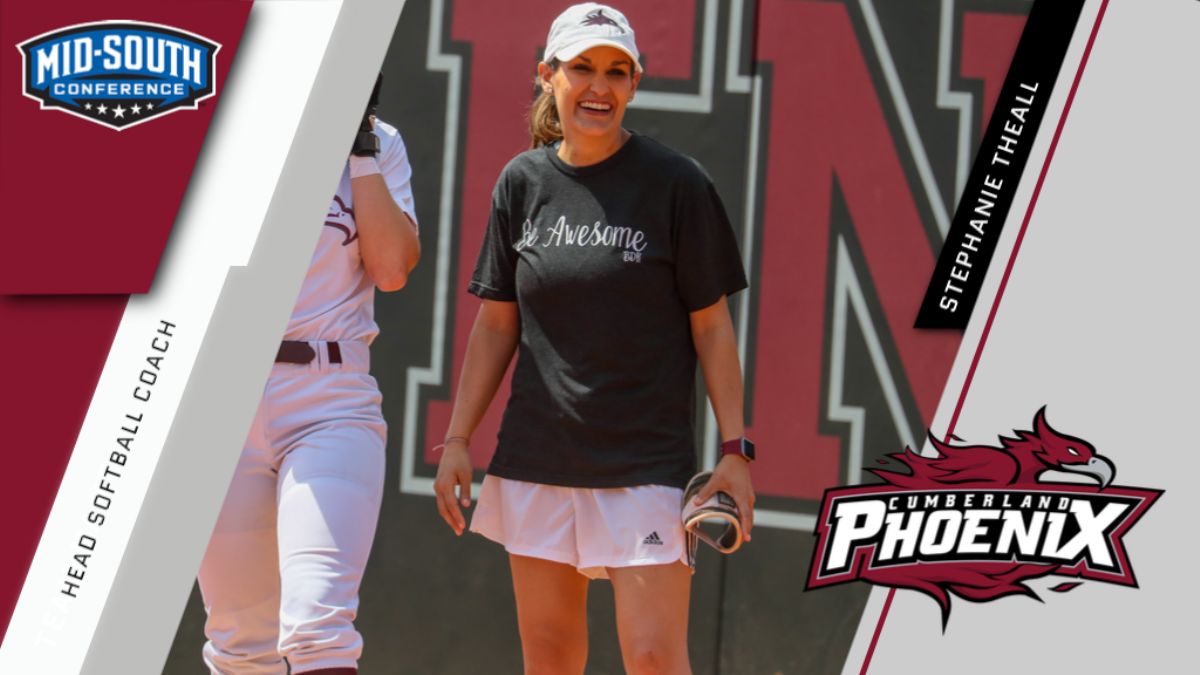 LEBANON, Tenn.--Director of Athletics Ron Pavan has named Stephanie Theall the next head coach of the Phoenix Softball program after the announcement of Heather Stanfill's resignation at the end of the season.

"I am excited about Stephanie Theall becoming our new Head Softball Coach on June 1, 2021. She has been the assistant coach for the past eight years, a graduate assistant coach, student assistant coach, and an excellent player for Cumberland University. It is great to promote from within the program," Pavan said.

Former All-Conference infielder Theall (formerly Gutierrez) joined the Cumberland staff as a full-time assistant in January 2016. This marks her ninth year as an assistant coach at her alma mater. She has spent ten of the last 11 years at Cumberland as either a student-athlete or coach.

Theall served as a student assistant at CU during the 2012 season after finishing her playing career and was a graduate assistant for the 2013 and 2014 seasons. Cumberland posted a 37-22 mark in 2013, advancing to the NAIA Championship Opening Round for the first time in program history.

Theall batted .278 in 157 contests during a four-year career at Cumberland with 13 doubles, four home runs and 45 RBIs. She saved her best for last, batting .315 with seven doubles, four homers, and 20 RBIs in 57 games as a senior, collecting 11 multi-hit and four multi-RBI games while also scoring 21 runs.

“I know I have some big shoes to fill following Coach Stanfill but I am up for the challenge. I am excited to continue all of our traditions and to see where our next path leads,” Theall said.