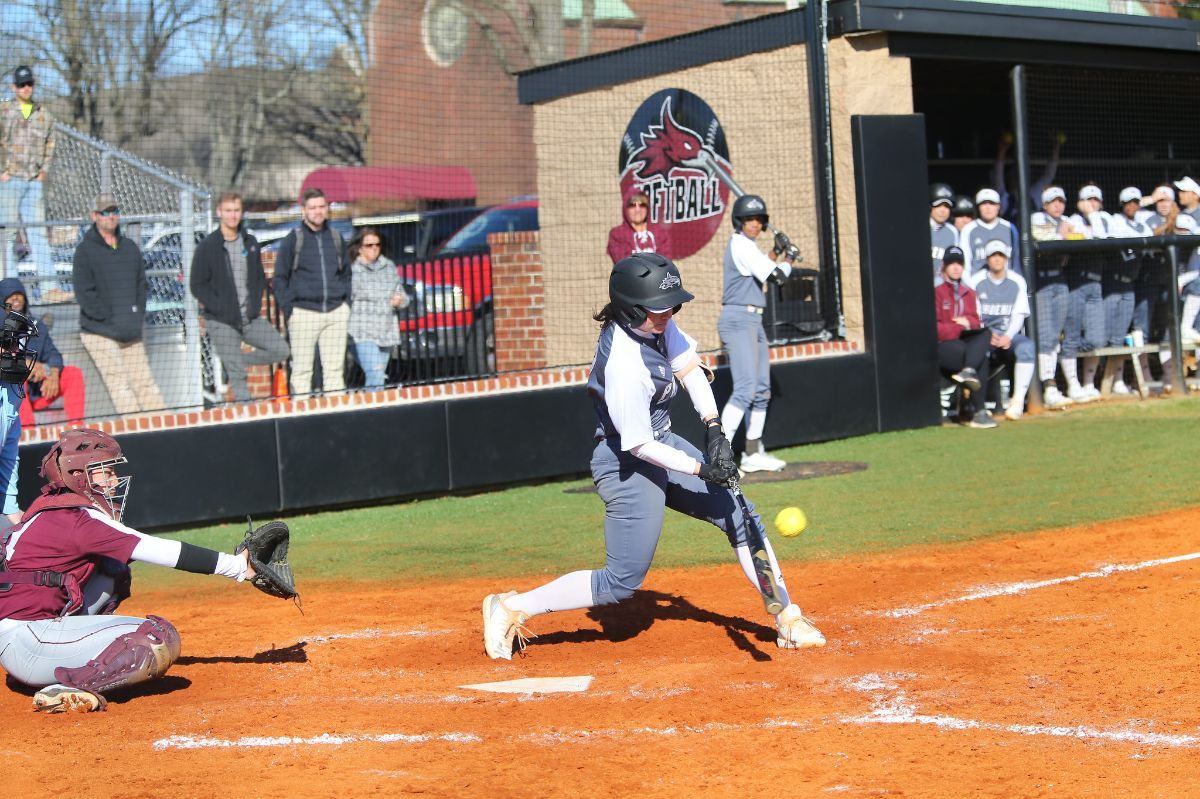 LEBANON, Tenn.-- Cumberland Softball opened up the 2021 season at home with a doubleheader against Bryan College on Tuesday. The Lions took the first game 7-2, then the Phoenix won the second game 2-0 to split the series.

In the first game of the 2021 season-opening doubleheader, Cumberland fell to Bryan 7-2. The Phoenix had runners in scoring position at multiple points in the game but could not convert those opportunities into runs. The Phoenix fell into an early 5-0 hole at the end of the third inning. The Lions scored four runs on only two hits after Cumberland walked in two runs.

The Phoenix got on the board in the sixth inning after Alexis Guzman doubled into left field and brought teammate Ashton Whiles home to make the score 5-1. Bryan got on the board again in the seventh inning after errors put the Phoenix down 7-1. Cumberland scored the last run in the game after Madison Woodruff hit a deep shot to center field that brought Tyra Graham home.

Cumberland tallied eight hits as a team topping Bryan College's five hits. The Phoenix pitched three players in the game who gave up a combined five earned runs and eight walks. The game did not feature many strikeouts as the Phoenix pitchers recorded two compared to the Lion's four.

Individually for the Phoenix, Graham, Whiles, and Guzman each tallied two hits in the game. Madison Woodruff and Alexis Guzman collected the two RBI's for the team.

The second game went much better for the Phoenix as their offense and pitching got the job done 2-1 over the Lions. Cumberland got on the board early in the first inning after Ashton Whiles singled to left-center and drove in Tyra Graham.

The next Phoenix run came in the fifth after freshman DeeDee Dunn reached first on fielder's choice, and Lexi Riggal scored, which put the Cumberland women up 2-0.

Bela Soto pitched a solid game for the Phoenix. In the fifth inning, Bryan College loaded up the bases, and Soto got Cumberland out of a jam with some excellent pitching. The senior finished the game with four strikeouts while allowing six hits in the shutout. She was replaced in the sixth inning by freshman right-hander Kaitlin Higgins. Higgins gave up two hits while closing out the shutout for the Phoenix in her debut.

Individually for the Phoenix, Tyra Graham and Ashton Whiles both went a team-best 2-3 from the plate. Lexi Riggall collected the last of the five hits for the Cumberland Women in the game. Both Cumberland and Bryan recorded only one error in the second game

The Phoenix next take the field for two doubleheaders against at home Pikeville on Feb. 25 and Feb. 26.