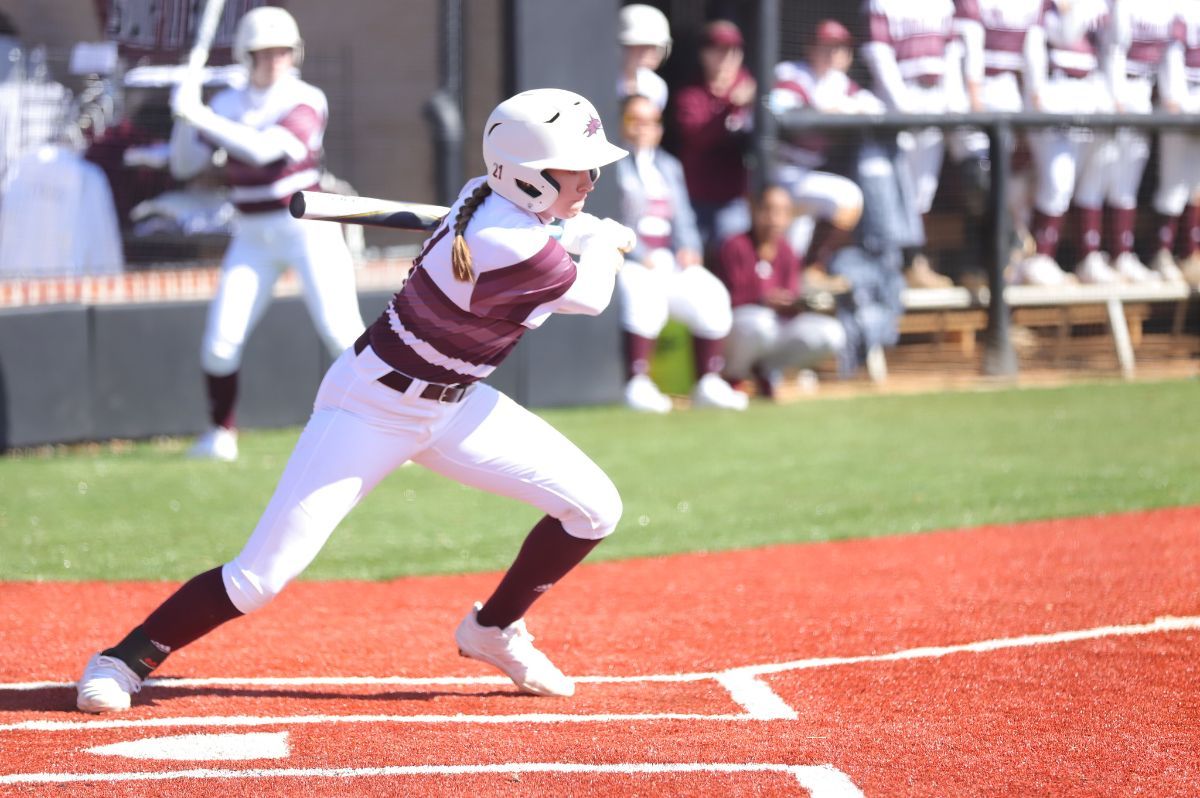 The first game of the day was a pitching battle between Cumberland's Mariah Clark and Pikeville's Megan Claypoole. The two held both offenses in check until the seventh inning. Pikeville had an opportunity to score early with runners on first and second, and Clark struck out Haley Osborne to keep it scoreless after the first inning.

In the top of the seventh, Pikeville found the scoreboard after a throwing error by the Phoenix. The Bears went on to score another two runs after Sophie Kluesner hit a line drive down the left-field line to give the Bears a 3-0 lead.

Cumberland would not go silently, though, as sophomore Ashtyn Blair came in for pinch-hitting duties and drove a solo homer to left-center field. The homerun marks Blair's first of the year and was Cumberland's only run of the game.

Mariah Clark had a great performance for the Phoenix in the circle pitching all seven innings while giving up no earned runs and striking out 10 batters. The junior pitcher only gave up three hits in the outing.

The second game was a completely different story for the Phoenix, though, as the bats got hot to put up 14 runs and end the game in the fifth inning.
Senior Pitcher Bela Soto pitched a gem of a game with a five-inning no-hitter. Soto struck out five Pikeville batters and walked one in the outing.
The rout started in the second inning when Cumberland put up six runs. Freshman Kenzie France got the scoring started with a solo home run. Taylor Woodring then delivered a two-RBI single to make the score 4-0 Cumberland. Freshman Ashton Whiles added a two-RBI double to give the Phoenix a 6-0 lead early.

Cumberland had a similar outing in the third inning forcing Pikeville to use their third pitcher of the game. Taylor Woodring delivered another two-RBI single to get the scoring started again for the Phoenix. Whiles contributed an RBI single to expand the Cumberland lead 9-0. Mariah Clark followed that up by sending a three-home run over the center-field patio, her second of the season. Sophomore outfielder Kenzie Boylehit a beautiful two-RBI double down the line to round out the scoring for the Phoenix. Cumberland topped Pikeville 14-0 in five innings.

The Phoenix had a whopping 16 hits while not giving up one to the Bears. Cumberland was also errorless through five innings.
Individually for the Phoenix, 10 batters registered at least one hit. Taylor Woodring was an impressive 4-4 from the plate with four RBI's and reaching home twice. Senior Lexi Riggall also had an impressive performance for the Phoenix, going 3-3 from the plate and scoring two runs. Whiles and Clark both chipped in three RBI's which is the second-best output on the day.

The Phoenix next take the diamond in a home doubleheader against Union College on Mar. 1, with the first game scheduled to begin at noon.