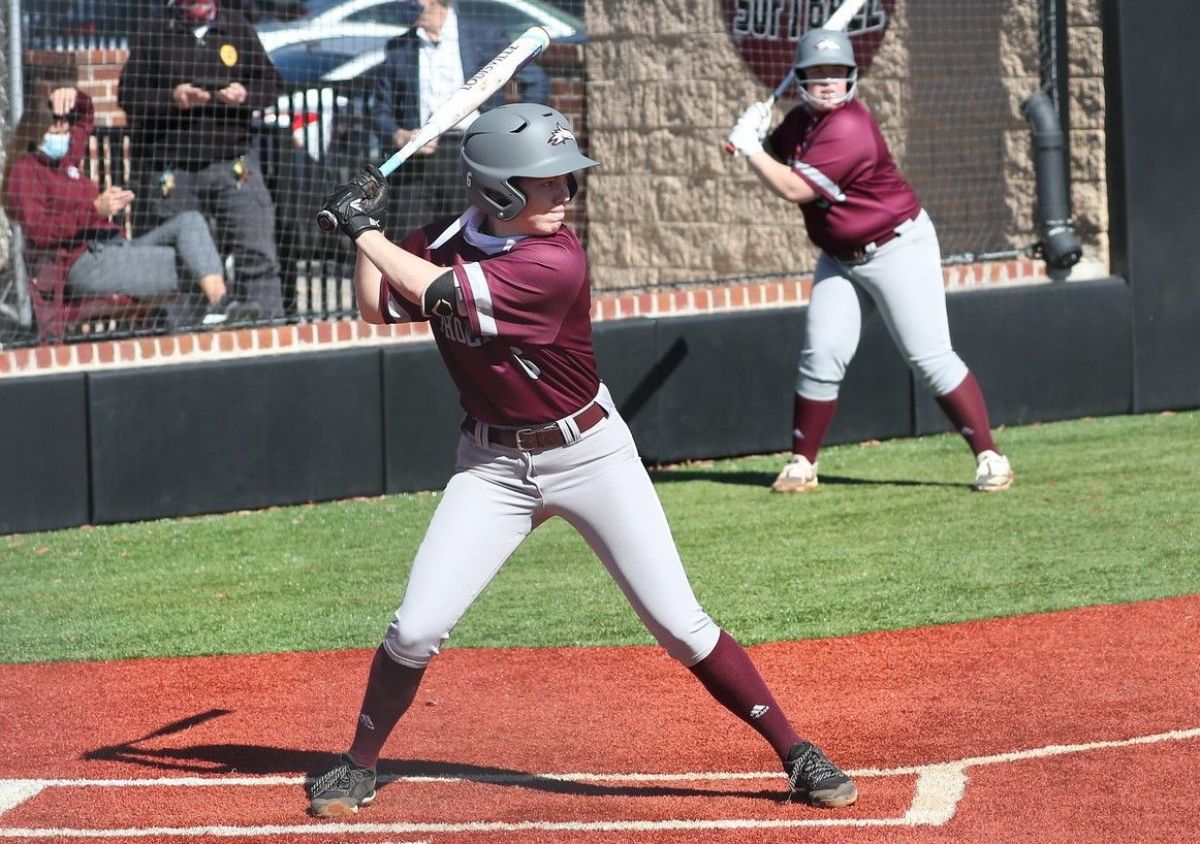 The Cumberland bats never got going in the first game of the doubleheader, resulting in an 8-3 loss for the Phoenix.

Union got on the board early on taking a 2-0 lead over Cumberland after Marissa West hit a two-RBI double. Union continued to pour on the runs in the second inning and went up 5-0 on the Phoenix.

The Cumberland offense started to get going in the fifth inning after Sophomore Ashton Blair hit an RBI double to break the shutout at 7-1. The Bulldogs answered with a home run from Ariel Dailey to make the score 8-1 in the top of the sixth. The Phoenix scored two runs in the bottom of the sixth with RBIs from freshmen Ashton Whiles and Kenzie France.

Individually for the Phoenix, Kenzie France and Madison Woodruff led the way from the plate, both going 2-3. Ashtyn Blair recorded the only other Phoenix hit in the game.

As a team, the Phoenix were out hit by the Bulldogs 14-5. Cumberland also committed two critical errors that resulted in runs for Union.

Cumberland got the bats going in the second game of the doubleheader in a 7-4 win over Union.

The Phoenix got off to a hot start with a three-run output in the first inning. Senior shortstop Madison Woodruff singled into left field for an RBI to score the first Cumberland run of the game. Mariah Clark stepped up to the plate and delivered a two-run home run to deep centerfield. The blast marked Clark's third homer of the season.

The next Cumberland run came off a Tyra Graham single down the left-field line to give the Phoenix a 4-1 lead after two innings. Kenzie France hit her second home run of the season, a solo shot in the third inning to put the Phoenix up 5-1.

Sarah Lowe of Union hit a two-run home run in the top of the fourth to bring the Bulldogs within two at 5-3. Cumberland was quick to answer, though, with a Madison Woodruff two-RBI double to give the Phoenix a 7-3 lead. The Bulldogs put another run on the board in the fifth inning to make the final score 7-4 Cumberland.

Bela Soto pitched the entire game for the Phoenix, earning her third win this year. Soto gave up 10 hits and four runs but got the Phoenix out of trouble in key scenarios for the win. The senior notched two strikeouts in the game.

As a team, the Phoenix and Bulldogs both recorded 10 hits apiece. Cumberland committed two errors and the Union recorded none.
Individually, Tyra Graham and Madison Woodruff both went 2-3 from the plate. Mariah Clark, Kenzie France, Alexis Guzman, Ashtyn Blair, Lexi Riggall, and Allyson Shoulders all recorded a hit.

The Cumberland Softball team is scheduled to take the diamond on the road in two doubleheaders in Williamsburg, Ky. against the UC Patriots on Mar. 5-6.