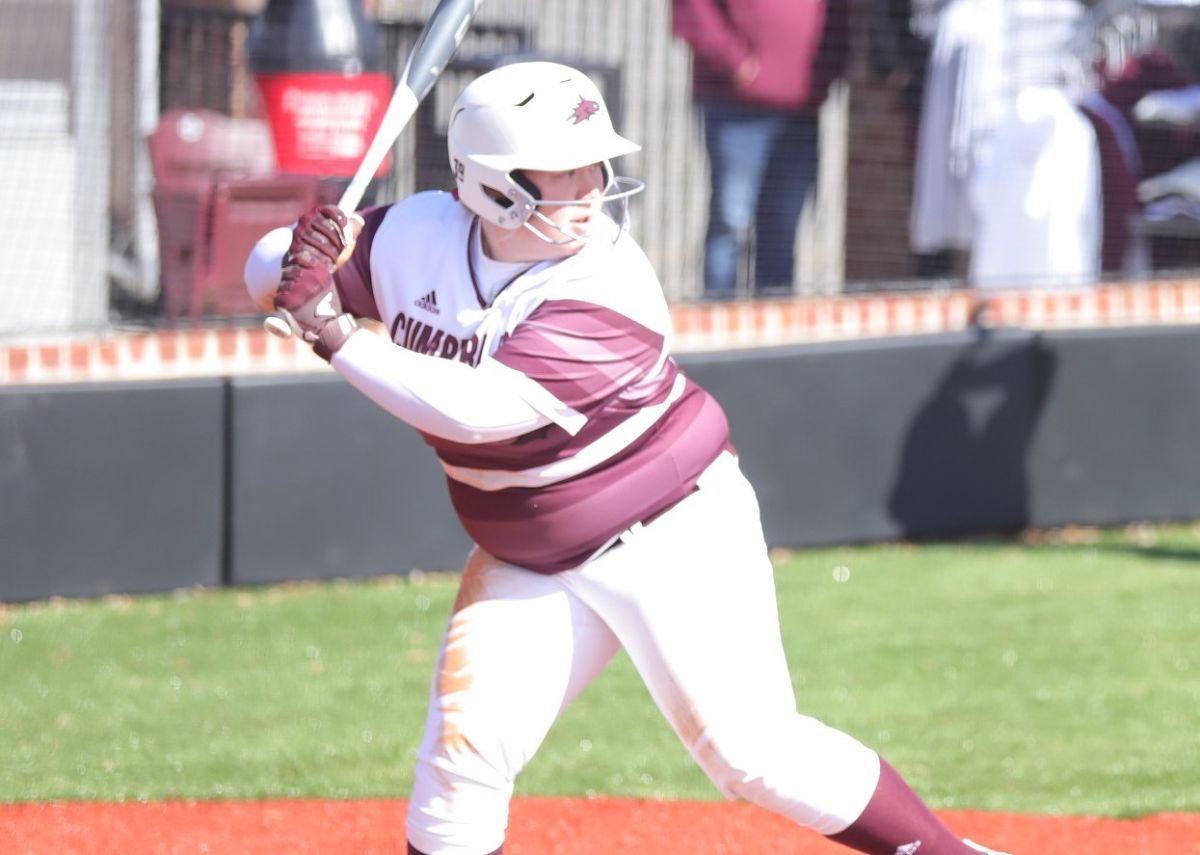 The Phoenix started the first game of the doubleheader down 1-0 to the Tigers in the first inning after an error scored Mia Aldridge. Cumberland opened up the second inning on fire after Alexis Guzman singled to right-field, and a fielding error by the Tigers brought home Kenzie France and Mariah Clark. An overthrow by the Tigers brought home Alexis Guzman, and gave the Phoenix a 3-1 lead heading into the third inning.

Campbellsville had a big third inning, recording four runs. Much of the same happened in the fourth inning when Campbellsville hit a combined three home runs off Mariah Clark and Emily Cooper to take a 13-3 lead over the Phoenix. Mariah Clark scored the final run of the game for Cumberland with a deep homer to make the score 13-4.

The score for this game was a bit deceiving. As a team, the Cumberland tallied eight hits while Campbellsville recorded nine. The Phoenix only recorded one more error than the Tigers with three. Cumberland also left a total of seven runners on base.

Mariah Clark struggled, giving up ten runs across 3 and 2/3 innings. Clark recorded three strikeouts and gave up eight hits. The Pinckneyville, Illi., native had a great game at the plate, though, going 3-3 with a home run and a double. Alexis Guzman also had a solid outing from behind the plate with two hits and a walk. Taylor Woodring, Kenzie France, and Kelsie Boyle also recorded hits for the Phoenix.

Cumberland started the second game of the doubleheader in a bit of a deficit. Campbellsville scored a combined five unanswered runs in the first two innings which ended Cumberland Pitcher Bela Soto's day early. The Phoenix managed to get on the board in the top of the fourth when Taylor Woodring reached home on a throwing error to make the score 5-1.

Campbellsville scored the majority of their runs in the bottom of the fourth adding seven runs to their total to bring the score to 12-1. Cumberland mounted a furious comeback in the top of the sixth scoring six runs. Ashton Whiles and Madison Woodruff posted RBI doubles, while Taylor Woodring added an RBI single to cut into the Campbellsville lead 12-7. The Tigers added another run in the bottom of the fifth to widen their lead to 13-7.

Mariah Clark added a two-RBI double in the top of the sixth that scored teammates Ashton Whiles and Tyra Graham to make things interesting at 13-9. The Cumberland rally continued into the top of the seventh when Ashtyn Blair scored off a sac-fly from Graham. Taylor Woodring added an RBI single down the right-field line to bring the score to its final of 13-11.

Both teams experienced an offensive explosion in the second game of the doubleheader with Cumberland totaling one more hit than Campbellsville with 16. The Phoenix committed more errors with six to the Tigers two.

Offensively for the Phoenix, eight batters recorded at least a hit. Taylor Woodring and Lexi Riggall had three-hit outings. Clark had the best line of the day with three RBI's. Tyra Graham, Mariah Clark, Madison Woodruff, and Ashtyn Blair each tallied two hits. Ahston Whiles and Kenzie France both added a hit to the Cumberland output.

Cumberland is back at it again tomorrow against #16 Campbellsville in another doubleheader with the games starting at noon and 2 p.m.