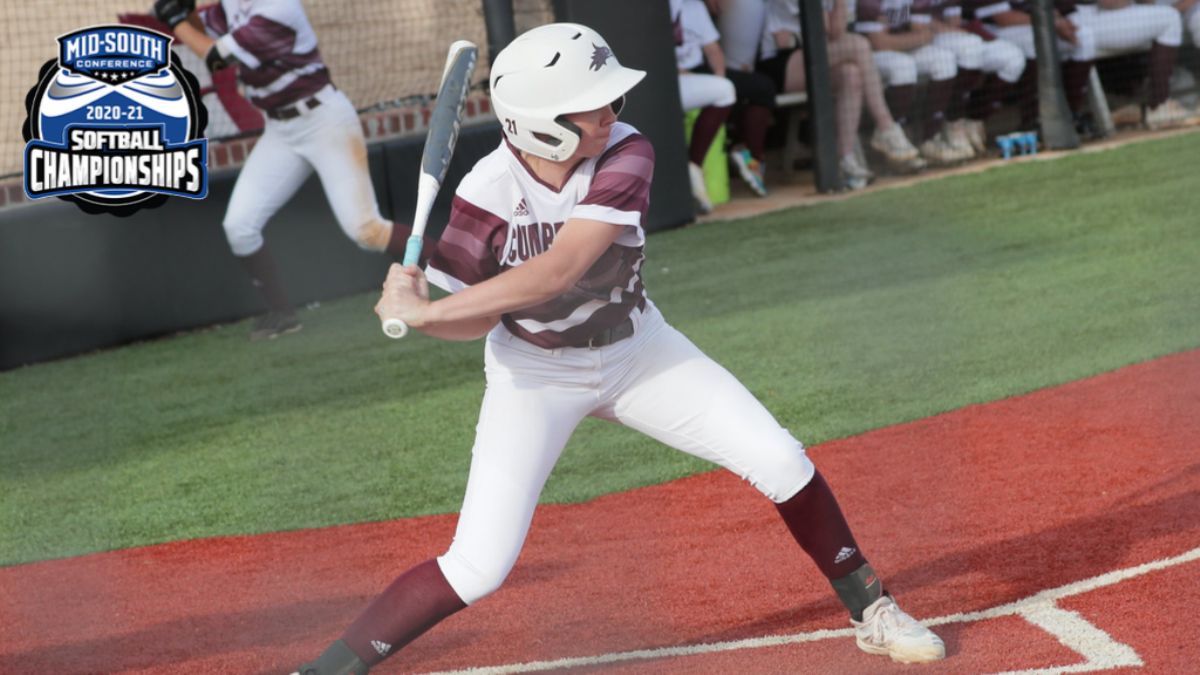 Taylor Woodring led the way with two hits including a late homerun to tie the game and force extra innings (Credit: Bob Tamboli)
Cumberland Phoenix at Georgetown College | May 01, 2021

Georgetown opened up the scoring in the game by jumping out to a 1-0 lead after the first inning. Kristen Klimesh hit a triple and reached home on the same play after a throwing error. The Tigers struck again in the third inning on a solo home run from Madie Sims.

The Phoenix found their rhythm in the top of the sixth in an inning where they scored two runs on four hits. With runners on second and third, Ashtyn Blair grounded out but managed to bring in a run. Kenzie France stepped up to the plate and smashed a single into left field that brought home Macy Powell and tied up the game 2-2.

The Tigers answered with a run of their own in the bottom of the sixth to take a 3-2 lead. Kristen Klimesh hit an RBI single into right field to give Georgetown the lead.

Down 3-2 and facing their last at-bats, Taylor Woodring led off for Cumberland in the top of the seventh. The senior hit a solo shot deep over the left-field wall to tie the game and force extra innings.

Cumberland was unable to get any offense going in the top of the eighth, so it was Georgetown's turn to bat and possibly end the game. Kaitlin Higgins was pitching in relief of Mariah Clark. An error by Tyra Graham put runners on first and second, followed by a wild pitch that moved the runners to second and third. Sarah Claxon hit an RBI single to hand the Phoenix a 4-3 loss in extra innings.

Mariah Clark pitched six innings for Cumberland allowing two earned runs and recording three strikeouts. She was relieved by Bela Soto and Higgins for the last two innings of play.

As a team, Cumberland recorded eight hits compared to Georgetown's five hits. Both teams had many errors in the game as Cumberland had three and Georgetown had four. Taylor Woodring led all Phoenix hitters from the plate going 2-4 with two hits, including the game-tying homer in the top of the seventh. Tyra Graham, Madison Woodruff, Ashton Whiles, Kenzie France, Lexi Riggall, and DeeDee Dunn also recorded hits in the effort.

The game marks the end of an era for the Phoenix, as this was Coach Heather Stanfill's last as Cumberland's Head Coach as she announced her retirement earlier this year. Stanfill ends her career with 289 wins over 13 seasons as head coach of the team. Assistant Coach Stephanie Theall takes over as the head coach ahead of the 2022 season.