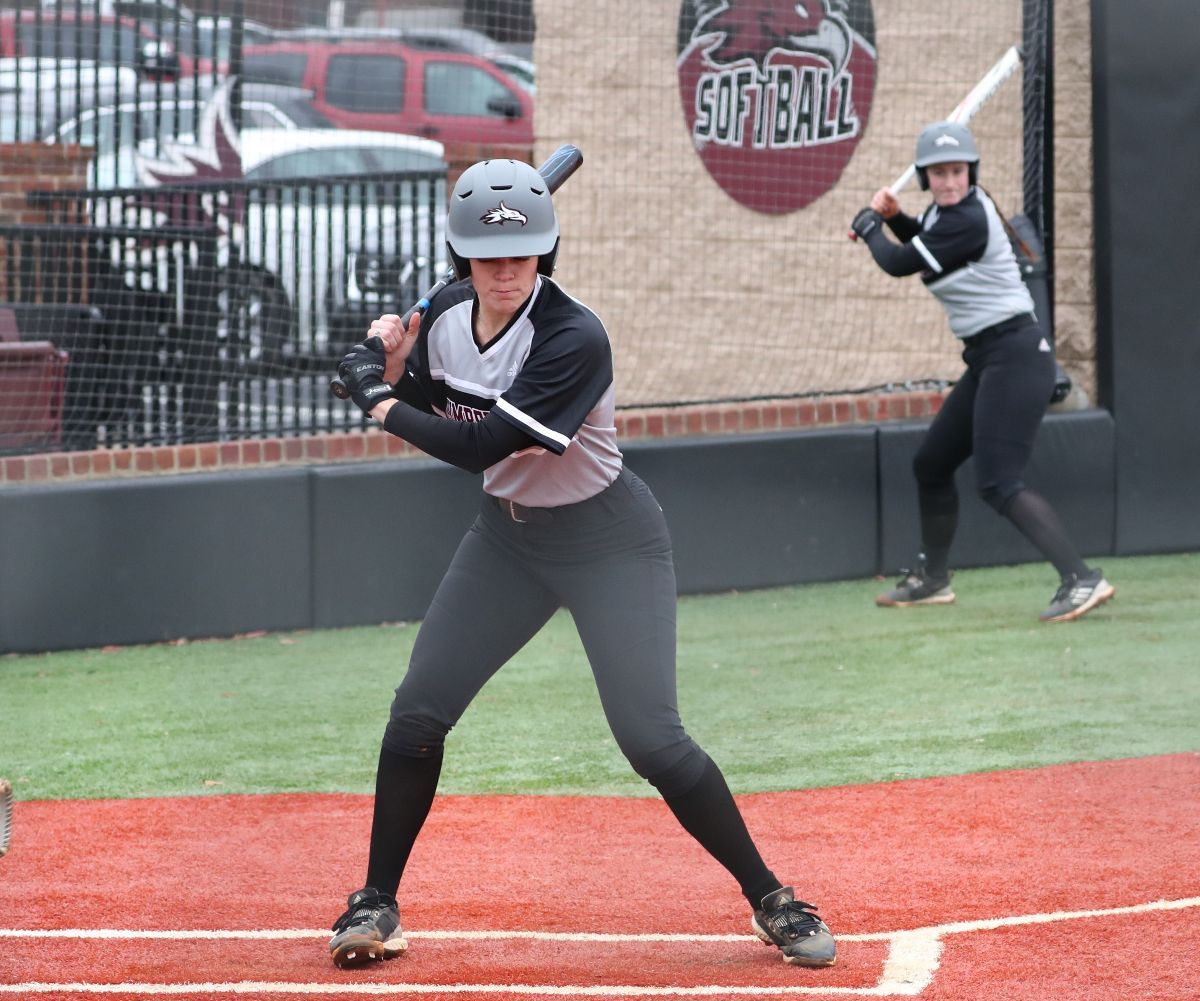 LEBANON, Tenn.-- Cumberland softball (0-2) dropped their first doubleheader of the season to Tennessee Wesleyan (5-1). Cumberland fell 4-1 in game one and 9-3 in game two.

Cumberland's only run of the day came off a solo home run by junior third baseman Madison Koczersut in the bottom of the fifth inning. Due to the excellent performance of Bulldogs pitcher Cheyenne Strong, the Phoenix struggled to get hits as they ended the game with three to Tennessee Wesleyan's nine. Strong struck out 15 of the 25 Phoenix batters she faced.

Two pitchers played for the Phoenix in the first game, including Mariah Clark and Ashley Moore. Clark pitched five innings, gave up three runs, and recorded three strikeouts, while Moore pitched two innings, and did not give up a run. Abby Peach, Mariah Clark, and Madison Koczersut recorded the three hits for Cumberland in the game.

The Cumberland bats came alive at the start of the second game as the Phoenix jumped out to a 2-0 lead at the end of the first inning. Ashley Evans scored a run on a throwing error by Bulldogs to give the Phoenix their first run of the game. Madison Koczersut went up to bat and drove in an RBI on a single to left field, scoring Ashtyn Blair.

From that point on it was all Tennessee Wesleyan as the Bulldogs scored two unearned runs in the top of the third to tie it up. The Bulldogs rattled off seven straight runs over the next three innings to take a 9-2 lead over the Phoenix into the bottom of the sixth. Macy Powell drove in the last run of the day for the Phoenix on a double down the left-field line that brought Koczersut home. Due to running out of sunlight, the game was called after the end of the sixth inning, and TWU topped CU 9-3.

Emily Cooper pitched four solid innings for the Phoenix in which she only gave up one earned run and allowed four hits. Kaitlin Higgins and Annalee Moore pitched the last two innings of the game for the Phoenix and gave up a combined seven hits and five earned runs.
Offensively for the Phoenix Koczersut and Powell led the way with two hits and an RBI apiece. Clark and Evans were the other two Phoenix batters with hits in the game.

The Phoenix take the field again on Saturday, Feb. 26, at home in their Mid-South Conference opener against Thomas More, with the first game of the doubleheader starting at 1 p.m.