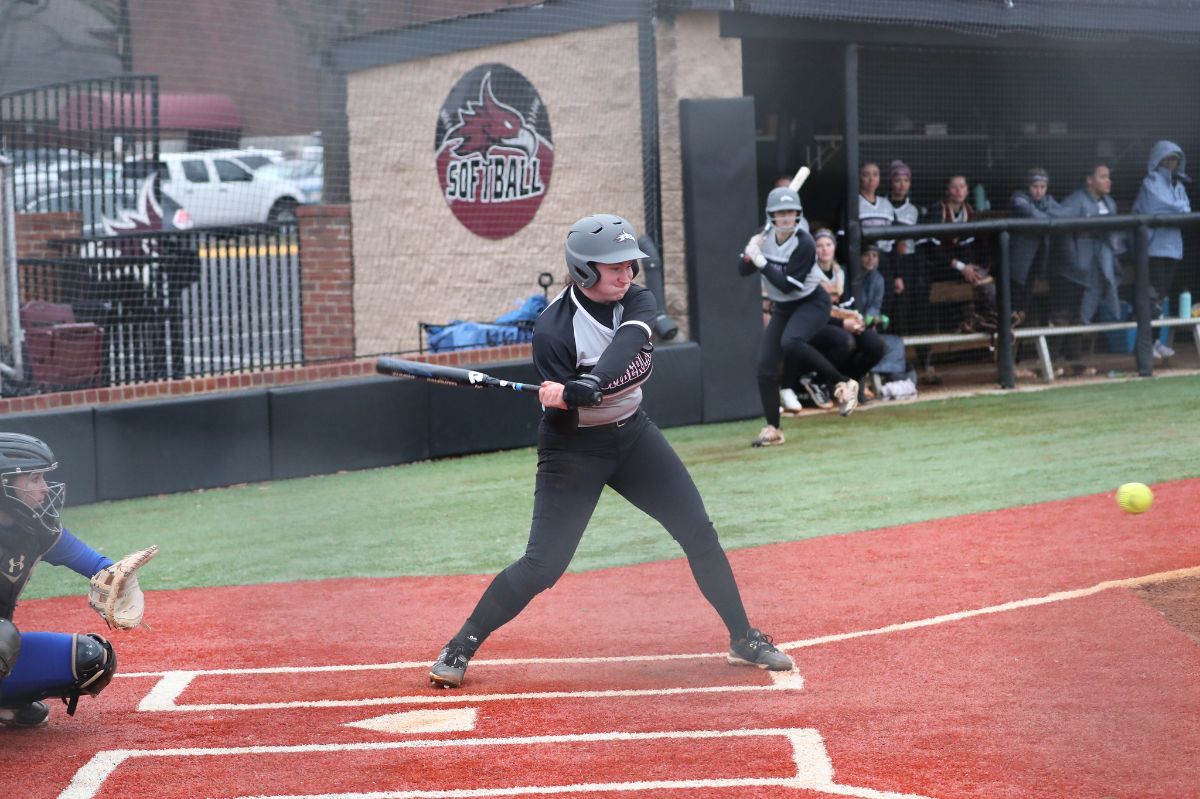 LEBANON, Tenn.-- Cumberland Softball (1-3, 1-1MSC) splits their first doubleheader of the weekend against Thomas More (1-3, 1-1 MSC). Cumberland dropped the first game 8-1 before finding some offense in game two winning 10-2. The Phoenix first win of the season is also the first win for Stephanie Theall as head coach of the team.

The Thomas More Saints got off to a hot start in the first game, and the Phoenix struggled to convert opportunities into runs. Thomas More established a 2-0 lead after the top of the second, where they scored on a sac-fly and an RBI single by Mattison Fisher. The Saints put up a similar output in the third as they got on base and drove in two runs.

Thomas More took game one of the doubleheader 8-1. The Phoenix had their opportunities in game one as they were only outhit 10-8, but could not turn any of those base runners into runs. Three errors in the field also hurt the Phoenix in the first game.

Although Thomas More struck first in Game two on a throwing error, from that point on the game was all Cumberland. Koczersut started out the game with an RBI double to tie it up, and Clark followed that up with an RBI single to bring home Koczersut. Kenzie France came up to the plate and hit a two-run homer out of left-center to give the Phoenix a 4-1 lead heading into the second. The Saints managed to cut into the Phoenix lead 4-2 after an RBi single from Caitlin Dawson.

With two runners on base in the bottom of the third, France stepped up to the plate and hit a three-run home run out of right-center to give the Phoenix a comfortable 7-2 lead. After neither team scored in the fourth or fifth innings, the Phoenix put up a huge sixth inning to win via run rule.

Koczersut turned a hard-fought at-bat into a walk with loaded bases to bring home Addison Melton. Clark followed that up with an RBI single to score Powell before Ashtyn Blair was walked with loaded bases to make the final score 10-2 Cumberland. The Phoenix outhit the Saints 10-6 in the game, while the Saints had fewer errors by a mark of 3-2.

Emily Cooper had a great outing for the Phoenix earning the win after six innings pitched while only allowing one earned run. Three Phoenix batters had multi-hit performances in the game including Evans, Clark, and France. Clark led the Phoenix with three hits in the second game while both of France's hits were home runs. France led the team with five RBIs over the course of the game. Koczersut, Blair, and Shoulders recorded the other three hits for the Phoenix.

Cumberland and Thomas More are back on the field tomorrow beginning at noon for another doubleheader to close out the weekend.