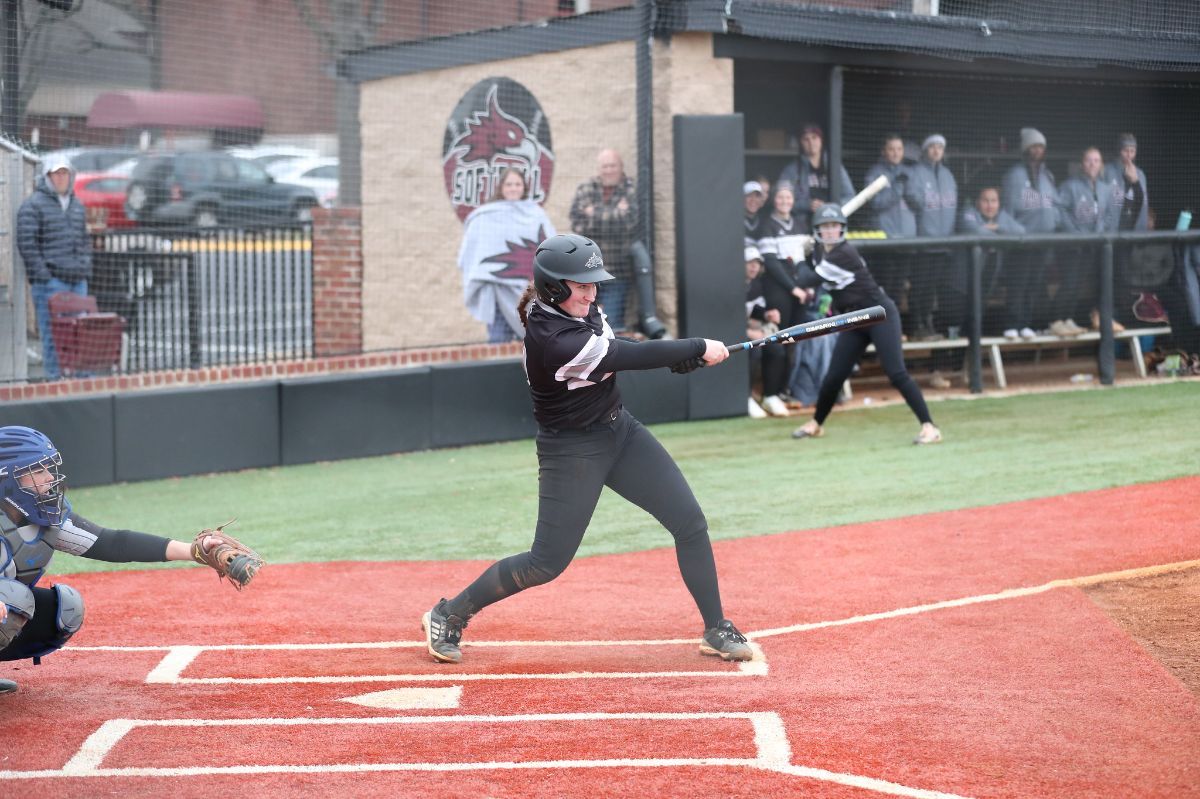 BARBOURVILLE, Ky.-- Cumberland's bats were rolling today as they won 10-6 in game one. The Phoenix lost game two in ten innings 11-10 to split the doubleheader.

Kenzie France had an amazing day at the plate going 6-10 with seven RBI's and a grand slam. Ashley Evans collected six hits on the day while Allie Burleson recorded five.

Cumberland's offense came alive in game one as they tally a season-high 17 hits. Evans and Burleson picked up four hits apiece in the game. France went three for five with three RBI's.

Mariah Clark got the start in the circle pitching four innings while allowing six runs with only one being earned. Annalee Moore pitched in relief throwing three complete innings without giving up a run.

Cumberland's bats exploded to start off game one against Union College. Mariah Clark got things started as she sent a double into the right-center gap bringing two runs home. Later in the inning, France singled to center field to bring home Clark from third. A few batters later, Abby Peach singled to right field bringing home another run. Evans came back up for her second at-bat of the inning and drove a 2-RBI single into center field. Burleson recorded an RBI single but was thrown out at second on a steal attempt to end the big seven-run inning.

Clark cruised in the circle for the first three innings only allowing one hit while picking up three punchouts.

Back-to-back singles got the Phoenix started in the top of the fourth. Ashtyn Blair came up to the plate with two outs and hit an RBI single and advanced to second on the throw from the outfield. France came back up to the plate and recorded her third hit of the game, this time driving in a pair of runs with a double and extending the lead to 10-0.

Things started to get a little scary in the bottom of the fourth as the Bulldogs rallied for four runs. Three of the runs came with two outs in the inning after an error on a dropped pop-up beside the circle.

The Bulldogs started the bottom half of the fifth off with a single and a double forcing a Cumberland pitching change. Annalee Moore went on in relief and forced a pop up to shallow center field that was dropped bringing home a run. Union brought home another run on a sac fly to center bringing the score to 10-6. Moore worked herself out of the jam by forcing a flyout to end the inning.

Moore sat down the side in order in the sixth and pitched another scoreless inning in the seventh to help Cumberland earn a 10-6 win in game one.

Nine Phoenix errors played a big factor in the 11-10 loss in game two. Cumberland picked up 16 hits in the game with four of them coming off the bat of Madison Koczersut. France picked up three more hits with a grand slam in the loss.

Cumberland struck first again in game two after a walk and a sac bunt set up a runner in scoring position. Koczersut singled to third base but a bad throw helped bring home Evans from second giving Cumberland an early 1-0 lead.

Two hits and an error helped the Bulldogs push a run across with a fielder's choice ground ball to shortstop in the bottom of the first.

Union College took a 2-1 lead in the bottom of the third after a throwing error by Peach brought home a run. The Bulldogs extended their lead later in the inning after a solo home run to left field by Sarah Lowe.

Much like game one, Cumberland exploded for a big inning in the top of the fourth as they push eight runs across. Two singles and an error started the inning off to bring home a run. Burleson and Koczersut hit back-to-back RBI singles for runs three and four. A bases-loaded walk to Blair brought the score to 5-3. France came up to plate next and sent a rocket over the centerfield wall for a grand slam bringing the score to 9-3.

The Bulldogs answered right back in the bottom of the fourth after scoring three runs with two outs in the inning.

This sent the game into extra innings and neither team scored a run until the ninth inning. The Phoenix struck first on an RBI single into center field by Ashley Evans to bring home Macy Powell, however, the Bulldogs tied it up in the bottom of the frame when Schuster made it home on a throwing error. The Bulldogs went on to win the game after Whisonant reached first on a throwing error, allowing Cole to reach home for the game-ending run.

Cumberland will be on the road this Friday as they take on Shawnee State University.