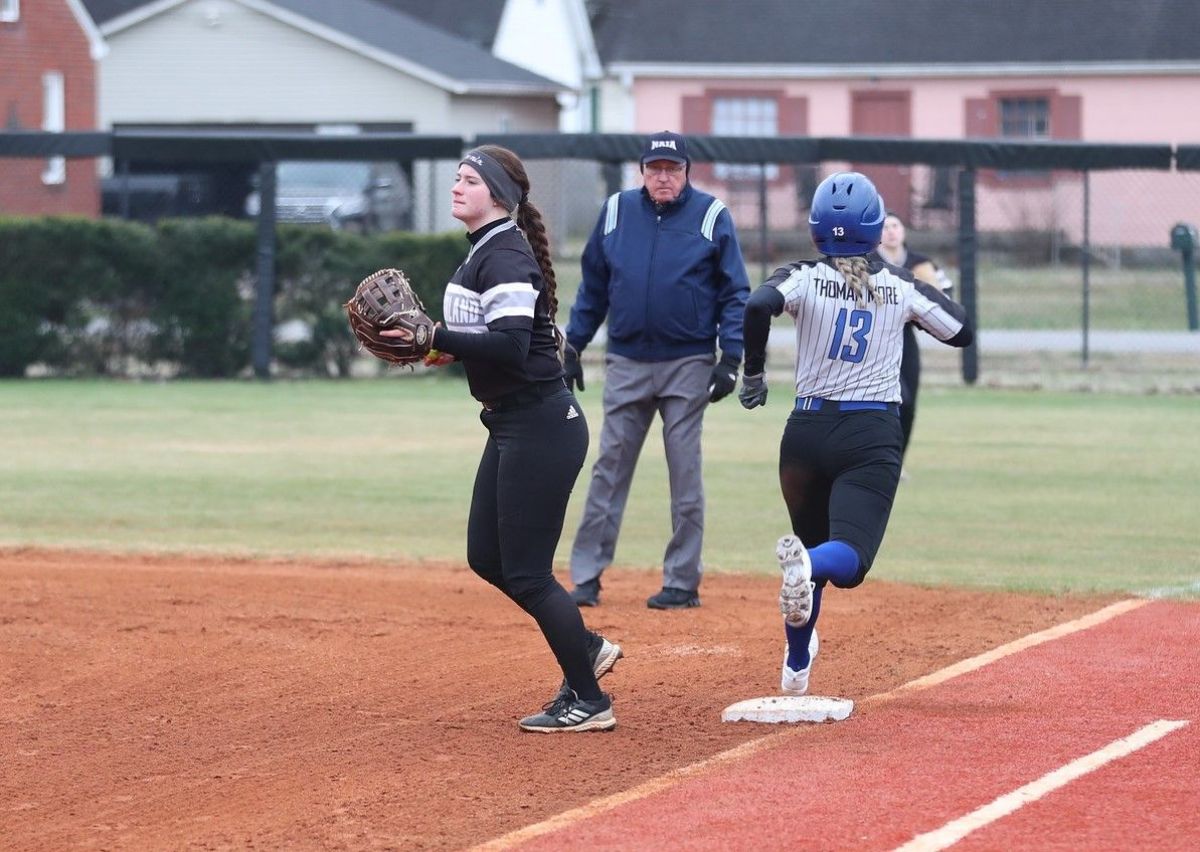 The Patriots jumped out to a 1-0 lead after Emily Jasper layed down a bunt and brought in the game's first run. The game went scoreless for three innings until the bottom of the fourth when DeeDee Dunn hit an RBI single, bringing home Ashtyn Blair. Cumberlands retook the lead in the top of the fifth after Sickau of the Cumberlands hit a two-RBI double.

Clark also pitched for the Phoenix through the first six innings of the game, giving up five hits, and two earned runs while collecting three strikeouts. Anna Lee Moore came in and pitched the last inning for the Phoenix. Burgess earned the win for the Patriots after she came in to relieve White, and she put up four strikeouts and only one hit across three innings of action.

The Phoenix had a much better game than the Patriots offensively, outhitting them 12-7 in the game. The biggest difference on the scoreboard was the four errors of the Phoenix compared to none from the Patriots.

Riding the momentum from their victory in game one, the Patriots put up a three-run first inning following an RBI single from Livingston and a two-RBI double from Cheeseman. The Phoenix responded right away in the bottom of the first after Koczersut got on base after getting hit by a pitch. Then Mariah Clark stepped up to the plate and drove in Koczersut on an RBI double to centerfield.

In the top of the second, the Patriots added another run to lead 4-1. An inning later, Kenzie France stepped up to the plate and hit one out of the park to bring home her and Koczersut. After the home run, the Phoenix trailed by a score of 4-3. From that point on it was all UC as the Patriots rattled off eight unanswered runs in the next two innings to win by run-rule 12-3.

In terms of total hits, The Patriots led the way with 17 in the game compared to the nine of the Phoenix. Both teams kept the error totals low in the game as Cumberland had two and the Cumberlands had one.

Radford earned the win for the Patriots as she tossed six innings, and only allowed three runs, while Emily Cooper gets credited with the loss after six innings pitched and nine earned runs. Kenzie France led all Phoenix batters with three hits, two RBIs, and one run scored in the game.

Ashley Evans had a solid output offensively as she recorded two hits in four at-bats. Ashton Whiles, DeeDee Dunn, Mariah Clark, and Allie Burleson recorded the other hits for the Phoenix.

Cumberland and the Cumberlands are back on the field tomorrow for their second doubleheader, with the first pitch coming at noon.