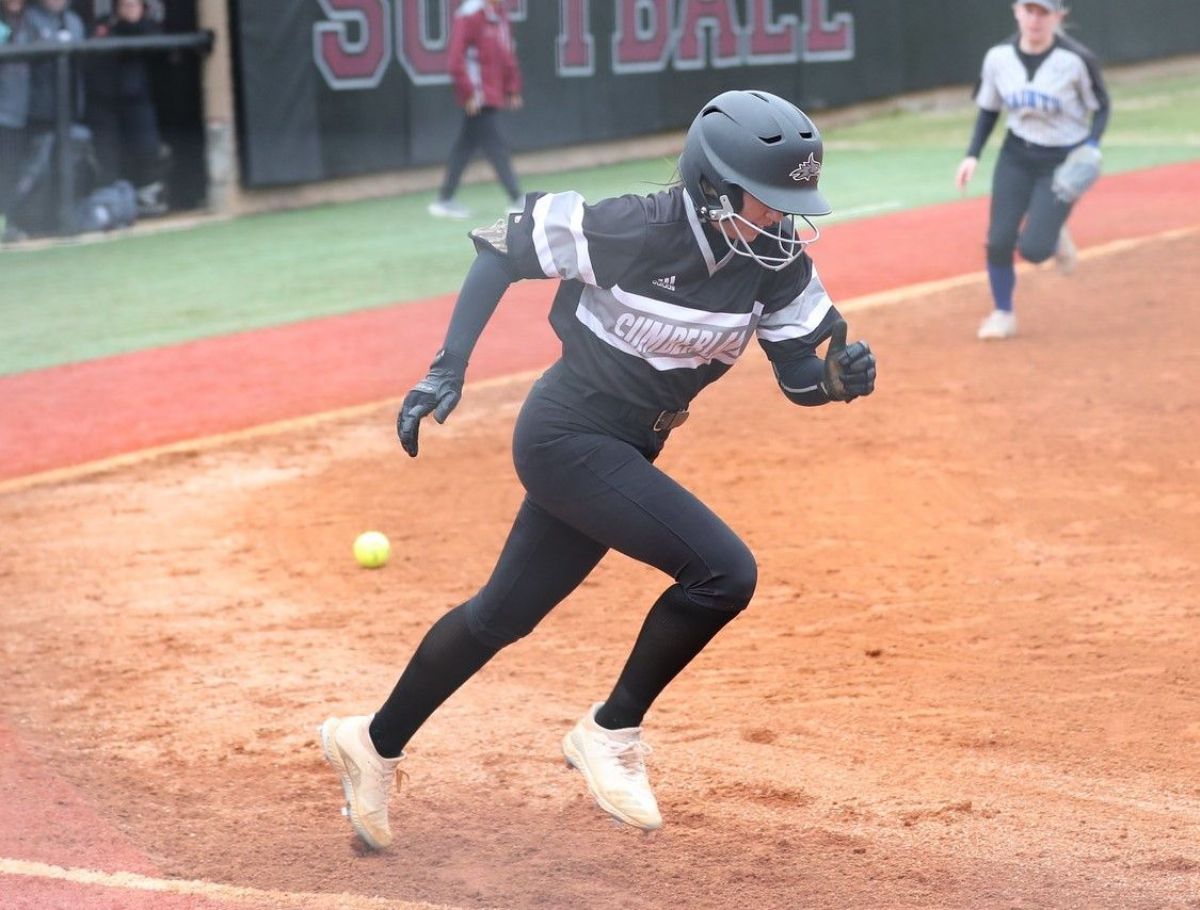 LEBANON, Tenn.-- Cumberland Softball (8-10, 5-7 MSC) split their second doubleheader against the No. 17 Cumberlands at home on Friday. Cumberland won the first game 3-2 and dropped the second 4-0. The Patriots took the series 3-1.

Cumberland got on the scoreboard first in the first game of the day, taking a 1-0 lead after their first at-bats. Mariah Clark reached first on fielder's choice bringing home Ashley Evans for the early lead. The Cumberlands answered back in the top of the third as Wood blasted a solo homer out of left-center to tie up the game.

The Patriots made it interesting in the top of the seventh as Sickau drove in a run to only trail 3-2. The third out of the inning came on the same play Ashtyn Blair threw down to third base where Whiles made the game-ending out.

Mariah Clark earned the win for the Phoenix, her fifth of the season, after pitching all seven innings. Clark allowed two earned runs and eight hits while striking out four Cumberlands batters.

Leading the way offensively for the Phoenix was Ashley Evans, as she went a perfect three for three from the plate and scored two of the three Cumberland runs. Allie Burleson, Mariah Clark, Kenzie France, and DeeDee Dunn added the other four hits for the Phoenix. To go along with her win in the circle, Clark also led the team in RBIs with two in the game.

The Phoenix were not as fortunate in the second game of the doubleheader, although they had their chances to come back. The Patriots went up 1-0 on the Phoenix in the first after an RBI single from Livingston. The Cumberlands took a 3-0 lead after the end of the second. The Cumberlands loaded up the bases and brought in two runs in the inning.

The Phoenix had a great opportunity to do some damage in the top of the fifth, where they loaded up the bases with one out. Unfortunately, the Phoenix were held scoreless after two straight outs to end the inning. The Patriots added a run in the top of the seventh to take a 4-0 victory over the Phoenix and win the series 3-1.

Ashton Whiles had the hot bat for CU in game two as she led the way with two hits in three at-bats. The other five hits for the Phoenix came from the bats of Ashley Evans, Madison Koczersut, Mariah Clark, Ashtyn Blair, and DeeDee Dunn.

Cumberland softball hits the road Monday for a doubleheader against Tennessee Wesleyan, with the first game starting at 1 p.m.