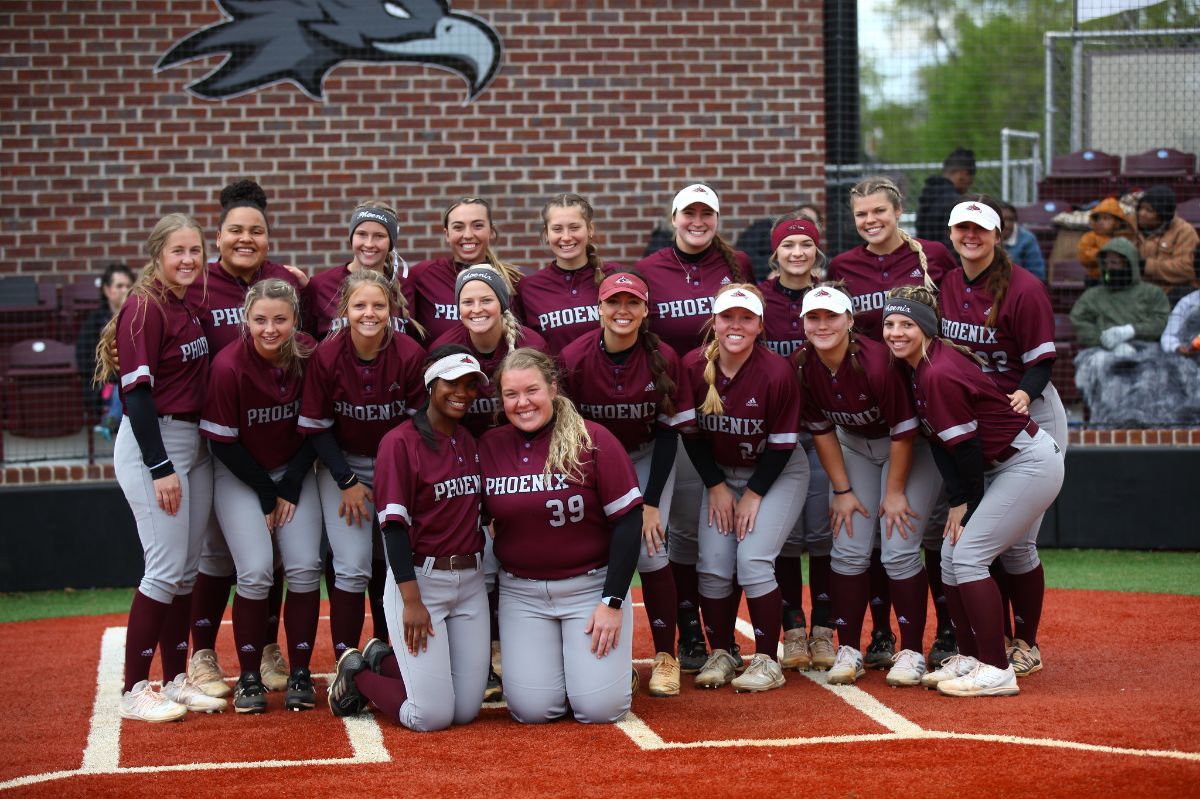 The Blue Raiders and the Phoenix finished the first inning of game one in a scoreless tie. Lindsey Wilson, however, got on the scoreboard in the top of the second as they loaded up the bases, and Zakiya Sizemore hit a three-RBI triple to give the Blue Raiders the early 3-0 lead.

Mikaila Marquez came up to the plate and drove in Sizemore on a single to lead 4-0 heading to the bottom of the inning. Lindsey Wilson did the rest of their damage in the top of the fourth when Marquez and Makea-Al Kaluau drove in three more runs to lead 7-0.

The pitching of Emily Boin was the story in this one, as the only hit she gave up to the Phoenix was Allie Burleson in the first inning. After the Burleson hit, Boin retired 20 straight Phoenix hitters to end the game and earn the pitching victory. Mariah Clark pitched all seven innings as well for the Phoenix, ending with seven earned runs and four strikeouts.

The Phoenix were outhit in the game 9-1, with their one hit coming from the bat of Allie Burleson that almost got over the right-field wall.

Cumberland responded to the game one loss with a great effort in game two. Emily Cooper got out of a jam early in the top of the first with loaded bases to keep the game scoreless. Dee Dee Dunn put the Phoenix on the board in the second inning with an RBI single to bring home Macy Powell to take a 1-0 lead.

The lead was short-lived as the Blue Raiders scored on a throwing error by the Phoenix to even the score in the top of the third. Lindsey Wilson then claimed a 3-1 lead in the top of the fourth after Desiree Chang hit an RBI single that brought home Mikaila Marquez.

Cumberland started off one of their best rallies of the year in the bottom of the fourth on a double from Abby Peach that brought home Ashtyn Blair to trail 3-2. Allie Burleson came up to the plate and singled down the right-field line to bring in another run.

The CU hit parade continued as Kenzie France hit an RBI single into left field to push the Phoenix lead to 5-3. Ashton Whiles picked up an RBI on a fielder's choice to bring in Burleson before Mariah Clark stepped up to the plate. Clark hit a two-run home run over the left-center wall to give CU a commanding 8-3 lead.

The Phoenix were not done there as they added two more runs after Burleson was walked with loaded bases and France collected an RBI on a sac-fly to give Cumberland a 10-3 lead heading to the sixth.

The sixth inning is where things got interesting as the Blue Raiders strung together a six-run rally of their own to trail the Phoenix by one run at 10-9 heading to the bottom of the sixth. Lindsey Wilson put in Boin, who earned the win for them in the first game, to stop the Phoenix momentum. Boin held the Phoenix scoreless and it was Annalee Moore's turn to try and end the game.

The Blue Raiders had their chances late in the top of the seventh with loaded bases, but Moore struck out Brianna Griffiths with two outs to end the game and give Cumberland the 10-9 victory.

Moore earns the win after coming in to relieve Emily Cooper in the top of the third and pitched the rest of the game, giving up five earned runs, and collecting two strikeouts. Olivia Franceschi is credited with the loss after giving up eight earned runs and 11 hits over four innings pitched.

Abby Peach had a great outing at the plate for the Phoenix, tallying three hits in three at-bats and an RBI with two runs scored. Dee Dee Dunn, Ashley Evans, and Allie Burleson each totaled two-hit outings for the Phoenix.

Cumberland softball is set to take on the Blue Raiders in another doubleheader tomorrow to close out the weekend series with the first game set to start at 11 a.m.