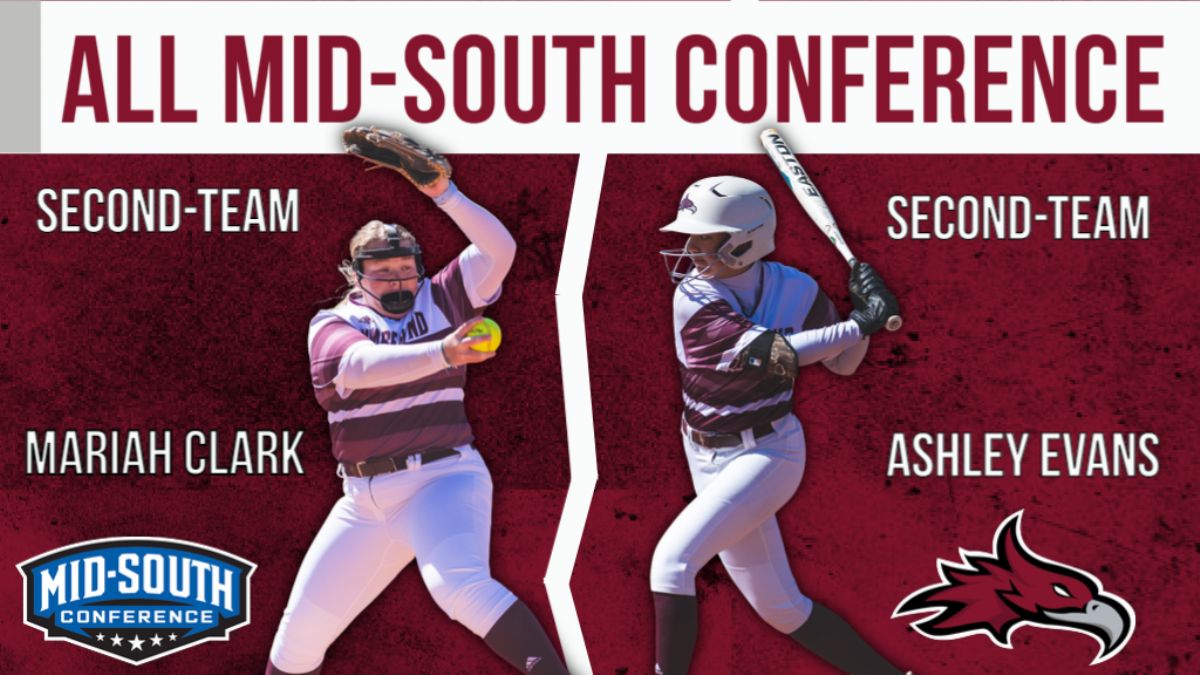 Clark makes her second appearance on the All-Conference list after earning Honorable Mention honors last season. Clark was selected to the Second Team as a Designated Player after hitting .298 with a team-leading six home runs and 30 RBI. In the circle this season, Clark has picked up a 10-9 record with a 3.07 earned run average. She struck out 88 batters across 123.0 innings pitched giving up just 54 earned runs this season.

Evans had a breakout year this season for Cumberland leading the team in batting average (.384), hits (53), runs scored (24), walks (15), and on-base percentage (.448). She is the sparkplug for the Cumberland lineup at the top of the order and has registered the highest average since Tyra Graham hit .426 in the 2018 season.

The Mid-South Conference also released the Academic All-Mid-South Team and the Phoenix had the most representatives of any school with 21.  The honor is given to student-athletes of sophomore or greater classification academically with a minimum of a 3.25 cumulative grade point average. Megan Blackwell, Ashtyn Blair, Mariah Clark, DeeDee Dunn, Kenzie France, Kaitlin Higgins, Macy Powell, and Allyson Shoulders each earned the honor.

Emily Cooper was selected to the Mid-South Conference Champions of Character team.

Cumberland will be in action at home for the Mid-South Conference Opening Round against No. 7-seeded Bethel. First pitch on Friday is scheduled for 1:00 p.m. central time.