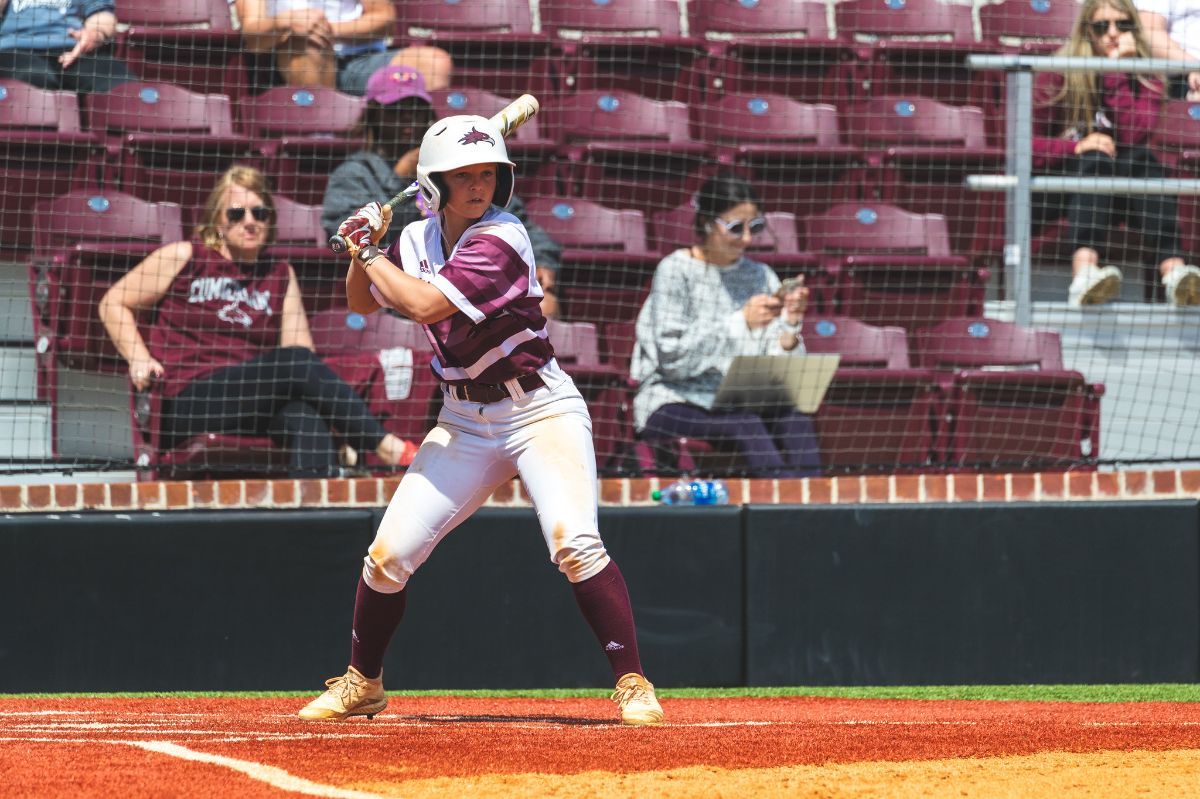 LEBANON, Tenn.-- Cumberland Softball falls 2-0 to the Bethel Wildcats in the MSC Opening round. Bethel took game one 7-6 and game two 3-0 over the Phoenix to move on to the Mid-South Tournament in Bowling Green, Ky.

Bethel put two runners in scoring position in the top of the first, but Mariah Clark did an excellent job pitching to get out of the jam. Clark followed that up with a two-run shot over the center field wall to give the Phoenix a 2-0 advantage early.

The Wildcats, however, found the scoreboard in the bottom of the second on a double down the left-field line by Leah Beasley to bring in a run. CU was quick to answer with a run of their own after a double by Abby Peach brought up DeeDee Dunn to the plate. Dunn then drove a double into right field to bring home Peach and give the Phoenix a 3-1 advantage.

Bethel responded with a run in the top of the third to bring the score to 3-2 after a throwing error by Dunn brought home Alexis Wheeler. The next run came in the bottom of the fourth off the bat of Ashtyn Blair when she drove a single into center field to bring home Ashley Evans and Dunn to give the Phoenix a 5-2 lead.

The Phoenix had some issues defensively in the top of the sixth that cost them some runs. Leah Beasley and Melanie Alexander reached home on a throwing error by Peach to start the rally and cut the lead to trail by one. The final run of the inning by the Wildcats came on a pop-up that brought home Maria Murdaugh to tie the game at 5-5.

The Phoenix retook the lead in the bottom of the frame after Evans and Clark got on base before Kenzie France stepped up to the plate and launched a blast through the right side to bring home Evans and take the lead 6-5. In the top of the seventh, Bethel retook the lead. Mariah Clark walked in a run with loaded bases to tie up the game. Alexa Thrasher followed that up with a sac-fly that brought home the game-winning run. The Phoenix could not get anything going in the bottom of the seventh, giving the Wildcats the game one victory.

Mariah Clark pitched all seven innings for CU and gave up three earned runs, and while collecting three strikeouts. Both the Phoenix and the Wildcats put up double-figure hit totals with 12 and 13, respectively. Cumberland had three errors in the contest compared to one from Bethel. Four Phoenix batters had two-hit performances, including Mariah Clark, Ashley Evans, Kenzie France, and Madison Koczersut.

The first three innings of game two left the matchup in a scoreless tie. Bethel broke the seal on the game in the top of the fourth when Emma Johnson singled up the middle to bring in a run. With bases loaded, and two outs, Emily Cooper waled Kennedy Gillespie and brought in a run to push the Bethel lead to 2-0.

The pitcher's duel continued into the top of the seventh when Johnson collected her second RBI of the game when we singled through the left side to make the finals score 3-0 Bethel.

Ashtyn Blair had the best game of any Phoenix batter as she had two of the three hits. Abby Peach had the other hit for the Phoenix that was almost a home run as it bounced off the top of the fence and back in play for a double.

With the two losses, the Phoenix season comes to a close. Cumberland ends the year with a 19-23 overall record and a 14-18 conference record with plenty of positives to build on after Head Coach Stephanie Theall's first season at the helm.