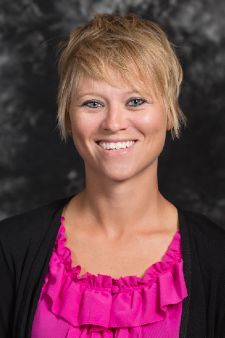 Heather Stanfill begins her 13th season as the head softball coach at Cumberland University with a 273-298-3 overall record with one postseason appearance and four seasons of 30-plus wins.

The Phoenix posted a 37-22 mark in 2013, advancing to the NAIA Championship Opening Round in Beaufort, S.C. CU won its first three games in the Mid-South Conference Tournament, including victories over 25th-ranked Campbellsville University and No. 14 Lindsey Wilson, to earn the conference's second automatic berth into the national tournament.

Courtney Maynard and Allison Blackwood were both voted First Team All-Mid-South Conference and Jessica Roper and Natalie Garcia each garnered Second Team honors. Maynard earned a pair of Mid-South Pitcher of the Week awards and Garcia and Roper both were named MSC Player of the Week during the campaign.

In 2014 the club posted its best record under Stanfill, 38-20-1, and again won its first three contests in the Mid-South Conference Tournament, including a victory over No. 9 Lindsey Wilson, but dropped a pair of games in the tourney finals.

The next year’s recruiting class provided a much-needed infusion of talent and would serve as the backbone for the program’s resurgence, improving to 20 wins in 2010. Blackwood and Christina Manis were both voted Second Team All-TranSouth and three players were named TranSouth Scholar-Athletes.

The 2011 squad finished 31-27 and showed glimpses of the future with three wins over Martin Methodist and two versus Freed-Hardeman. Blackwood was a First Team All-TranSouth selection and Gutierrez, Megan Lavery and CaSarah Gilliam all earned Second Team honors. Eleven players were named TranSouth Scholar-Athletes and Caity Gray was recognized as a Daktronics-NAIA Scholar-Athlete.

The 2012 club battled through injuries and played without its full complement of players for basically the entire year, posting a 27-22-1 mark. Blackwood and Maynard were voted First Team All-TranSouth in the club’s final year in the league while Sydney Broderick and Emily Nicholson garnered Second Team accolades.

Cumberland suffered through a 12-32 campaign in 2015 because of injuries and inexperience at almost every position on the field. Newcomers, including six freshmen, started a total of 172 contests and the club’s two main pitchers – Leah Newsome and Kristen Abell – were both freshmen as well.

Even with the struggles Tessa Tomaselli and Kassydi Montgomery both earned First Team All-Mid-South honors and Vienna Benavides was a Second Team selection. Five players were named Academic All-Mid-South and Broderick was named an NAIA Scholar-Athlete.

Following a playing career at Austin Peay, Stanfill became an assistant softball coach at her alma mater, where she stayed until taking over at CU in 2008. She played one year of softball and basketball at Dyersburg State Community College before enrolling at APSU.

Stanfill has also coached travel teams and participated in several camps and clinics as an instructor, including those at the University of Tennessee and the Women’s College World Series.

Stanfill earned a bachelor’s in Special Education from Austin Peay in 2004 and received a master’s in Education from APSU in 2008. She is a member of the National Fastpitch Coaches Association (NFCA).