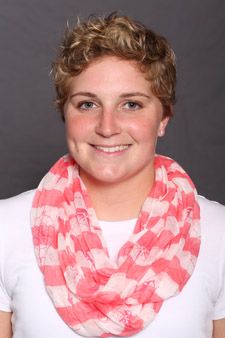 Heather Oakley begins her second season as a graduate assistant on the Cumberland staff after finishing her four-year career at Campbellsville University.

The Lexington, Ky., native started the final 188 games of her career for the Tigers, posting a .298 career batting average with 31 doubles, 31 home runs and 130 RBIs. She was a Second Team All-Mid-South Conference selection as a sophomore and senior and helped the Tigers for 40-win seasons in each of her final three years at Campbellsville.

Oakley batted .326 with nine doubles, 13 homers, 47 RBIs and 37 runs scored during her sophomore campaign after playing in just nine games before a season-ending injury during her freshman year. She added 12 doubles, nine home runs, 35 RBIs and 30 runs scored while batting .276 as a junior.

She posted a .302 batting average with 10 doubles, nine homers, 48 RBIs, 44 runs scored and 11 stolen bases during her senior year.

Oakley was an All-District and All-Region selection in high school at Lafayette High School.