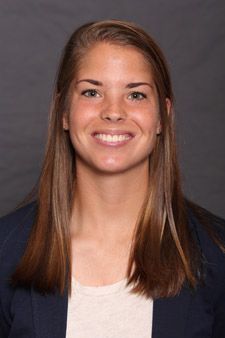 Anna Sommer begins her second season as a graduate assistant with the Cumberland softball program after completing a four-year career at Morehead State.

Sommer saw action in 192 career games with 150 starts for the Eagles, playing mostly in the outfield after starting 46 contests at second base as a freshman. The Southside, W.Va., native belted a pair of home runs and scored 22 runs during her first season at MSU.

She appeared in 47 games and posted a .267 batting average in OVC action as a sophomore, collecting two homers and eight runs scored in just 24 at-bats. Sommer batted .271 with 10 doubles, 36 RBIs and 23 runs scored in 50 contests as a junior with a .301 average in conference play. She also ranked second on the club with 15 walks and added five stolen bases as well as 10 multi-hit outings.

As a senior she registered a .252 average with eight doubles, two home runs, 21 RBIs and 26 runs scored in 49 contests. Sommer collected 24 walks and posted a team-best 12 sacrifices to go with five stolen bases.

Sommer was a two-time First-Team All-State selection at Point Pleasant High School, helping the Knights to a state championship as a junior. She was also named Honorable Mention All-State as a freshman and sophomore and earned All-Conference honors all four years at PPHS. Sommer also garnered All-State accolades three years in basketball and was a two-time All-State Tournament selection. She ended her career as the all-time leading scorer at Point Pleasant.

She received her bachelor’s in Health and Physical Education from Morehead State in 2013. Sommer is currently enrolled in the master’s program for Sport and Exercise Science at Cumberland.