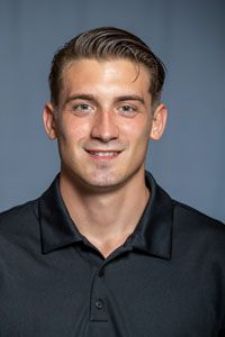 Ivan Trifunovic begins his first season as a graduate assistant for the women's volleyball program this year.

Trifunovic started his playing career at Mt. Olive University. While there he appeared in 15 matches and picked up 91 kills and 63 digs. From Mt. Olive, he transferred to Missouri Baptist University for one season before spending his final two collegiate seasons at Briar Cliff University. Trifunovic was named First Team All-Conference in 2018 with the Chargers. He played in every al 79 sets placing second on the team in kills with 258. He was third on the team in service aces and third in digs with 141.

Trifunovic received his Bachelor's Degree in Management and Marketing from Briar Cliff in May 2020. The Nis, Serbia, native, is currently pursuing his Master's Degree at Cumberland.