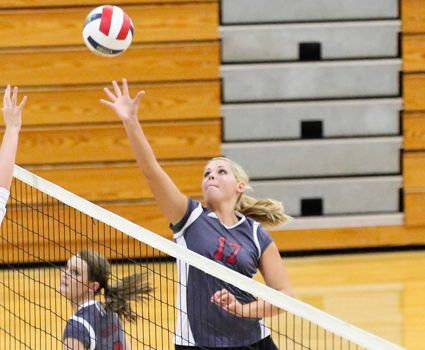 LEBANON, Tenn. – Trevecca Nazarene’s Katelyn Atkinson recorded a double-double with 17 kills and 13 digs, leading the Trojans to a 3-0 non-conference victory over Cumberland on Tuesday night at the Dallas Floyd Recreation Center.

Senior Mackenzie Gass led the Bulldogs with nine kills as CU dropped its eighth straight contest. Laura Peavy’s 21 digs were tops for Cumberland.
The Bulldogs played the Trojans to a 6-6 tie in the opening set, before TNU took control. Trevecca used an 11-3 run over the following 14 points to take a commanding lead. The Trojans would complete the win with a 25-19 advantage.

Cumberland responded in the second set, holding TNU to a .172 attack percentage, but was unable to find an attack of its own, hitting .000 in the set, a 25-17 losing effort.

In what would be the closest set of the three, the Bulldogs jumped out to a 9-4 advantage. The Trojans would rally with seven of the next nine to even the set at 11. The two squads traded points to a 19-19 score.

Again, the Trojans rallied, capturing seven of the final 10 to grab a 25-22 win and sweep the Bulldogs in straight sets.

Tuesday’s match was the first of three on the week, including Senior Night against Pikeville on Friday. The match will also represent Dig Pink Night, as the Bulldogs team up with the Side-Out Foundation to further breast cancer awareness. Match time is set for 6 p.m.