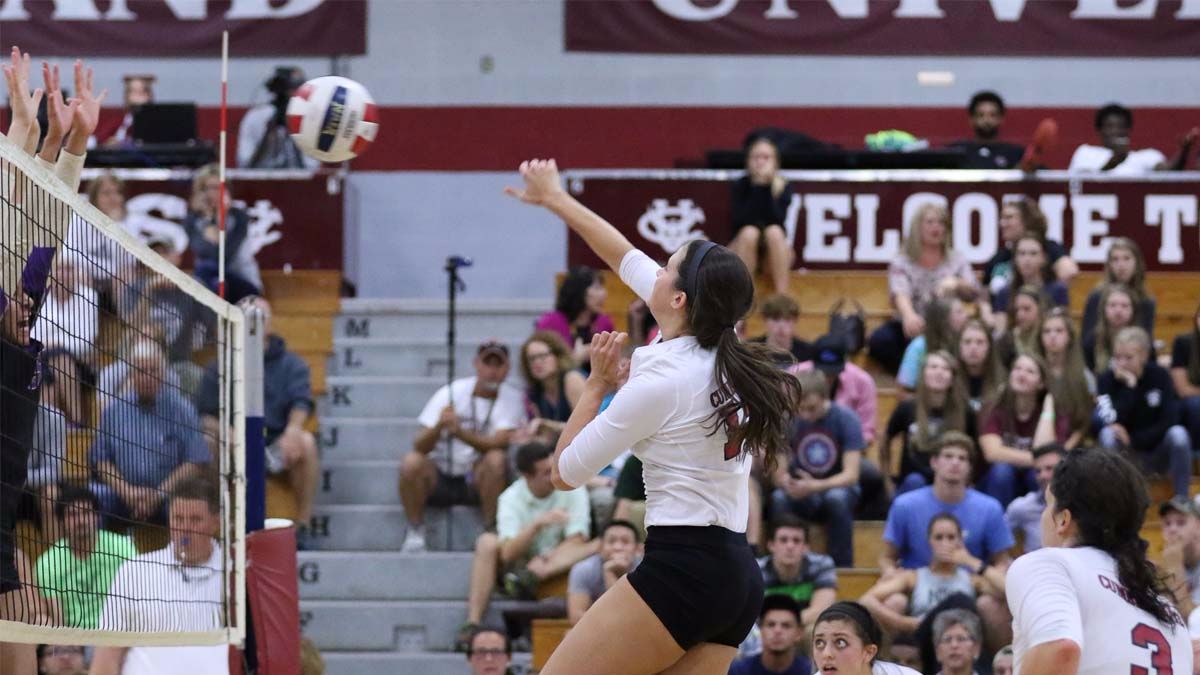 LEBANON, Tenn. – Amanda Worrell posted a season-high 20 kills in Cumberland’s five set loss to the Univ. of the Cumberlands at the Dallas Floyd Recreation Center on Thursday night. Maci Lerno recorded her 14th double-double of the season with 11 kills and 16 digs in the mid-south conference match-up.

Kara Snell would also post a new season-high tallying 38 digs in the contest but it wouldn’t be enough as Cumberland (18-13, 4-9 Mid-South) dropped their ninth MSC game.

Both teams would rally in the opening set going point-for-point until they were tied at 10, but three points from Michelle Evans and one from Worrell would give Cumberland a two point lead, 15-13. Three errors on the Phoenix would play in the Patriots favor, securing a five point advantage.

A service ace from Lerno would be responded with three points from UC, with a kill from Lynsey Short and an attack error to secure the first frame, 25-20. Short would lead the Patriots (21-8, 9-5 Mid-South) with 13 assists in the first set.

The second stanza would look much like the first with back-to-back points over the next seven, two of which were from Worrell. The Univ. of the Cumberlands would begin to pull away by posting four straight points, but a kill from Wickham and Worrell would cut the deficit to, 15-13.

Cumberland would make a comeback with a combined effort behind the offense including a kill from Masa Nalovic, two from Lerno, Evans and Worrell to knot the game at 22. Two errors on the Patriots and a service ace from Glassman would give Cumberland the second set by three, 25-22.

Jennifer Philpot would lead the Patriots with five kills in the third set, while Rachel Clement would record six assists in the hard-fought stanza.

The score would be tied four times up until the eighth point before a service error on UC and a kill from Evans and Ashton Perez would put the Phoenix ahead by three. Three consecutive points for the Patriots would help them tie the score at 17.

The Patriots would claim the third set with a block and a kill by Megan Ganser and Phipot’s thirteenth point of the match, 25-23.

The Univ. of the Cumberlands would post three straight points to open up the fourth stanza, before the trio, Wickham, Worrell and Lerno would even the score at six. CU would go on a seven point run to take a six point advantage.

Three kills from Evans and one from Wickham would give Cumberland their largest lead of the game by nine, 18-9. Six kills from Worrell and five from Lerno would lead Cumberland to a 25-17 win of the fourth set.

The Phoenix would try to make a huge come-back during the fifth set as freshman Abby Akins had her best set of the game, posting three points to cut CU’s deficit by just two in the final frame. But Ganser would be the one to win the contest for the Patriots posting three kills to lead them to their victory, 15-13 in five.

The squad will close out their regular season schedule tomorrow in a mid-south conference match-up against the Univ. of Pikeville and senior night at 6.p.m., at the Dallas Floyd Recreation Center.