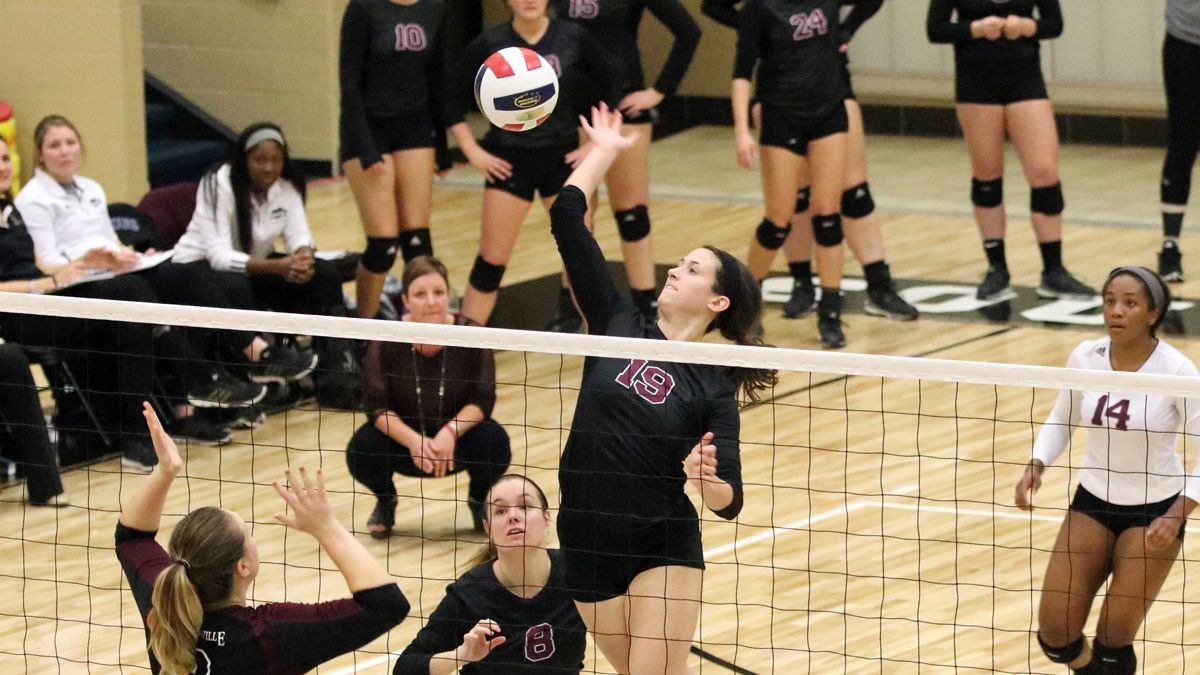 BOWLING GREEN, Ky. – Amanda Worrell recorded her 14th game with double-figure kills collecting 17 on the night while Sara Glassman had 26 assists and Kara Snell posted 21 digs in a hard-fought five set loss to Campbellsville University in the quarterfinals of the Mid-South Conference Championships.

Campbellsville started the scoring off with a kill from Julia Fonseca before Cumberland responded with three straight points. Both teams went point-for-point up until the Phoenix took a 7-5 lead.

Two kills from Campbellsville’s Maria Coelho helped them knot the score at eight, and again at nine before the squad posted five consecutive points including two kills from Worrell and two errors on the Tigers giving them a five point advantage, 14-9.

The Tigers then scored four points in a row to cut their deficit to just one, before Worrell would post two more kills. A point from Lerno would put the Phoenix on top 18-15 but a service error on Cumberland and another kill from Coelho had the squad lead by one, 19-18.

A point from Michelle Evans and Mikayla Wickham and an error on Campbellsville played to their advantage scoring three straight points, before Worrell posted her final two kills, to help CU claim the first set, 25-21.

Cumberland took an early two point lead in the second stanza, before the Tigers went on a three point spurt. A point from Worrell knotted the score at five but a six point stretch for Campbellsville put them ahead, 11-6.

A kill from Worrell, Abby Akins and Lerno cut the squads deficit to four, followed by five consecutive points for the Phoenix gave them a one point lead, 13-12.

Both teams went point-for-point but three points for the Tigers would put them back on top, 19-16. Four points for the Phoenix with a kill from Worrell and a service ace from Rachel Clement wouldn’t be enough as the Tigers won the second set, 25-23.

Fonseca opened up the scoring in the third frame, as Cumberland only scored three points over the next seven, trailing 7-3. A five point spurt gave the club a one point advantage, before the Tigers posted four points.

The Phoenix made a comeback late in the third set, with a kill from Lerno and Clement helping them trail by just one, 14-13. A point from Wickham and Sherrick tied the score at 16 and five straight points for the squad helped them to a four point lead, 21-17.

The Tigers recorded eight of the next 10 points, while Cumberland would only collect two, one of those being a kill from Evans as Campbellsville secured the third stanza, 25-23.

Cumberland dominated the fourth frame staying in the lead the entire time, with their largest lead being by 13 points. A kill from Sherrick and Evans followed by five points for the Phoenix gave them an 11-6 advantage.

Two errors on the squad played in the Tigers favor, before three attack errors and another kill from Evans would put them ahead by nine points. Three points from Worrell led Cumberland to their largest lead, and closing out the fourth set, 25-12.

Campbellsville posted six early points to take a 7-2 lead, before two errors on the Tigers. Two kills from Lerno and one from Perez would cut Cumberland’s deficit by two, but Coleho’s 17th point of the night helped the Tigers win the frame, 15-11.