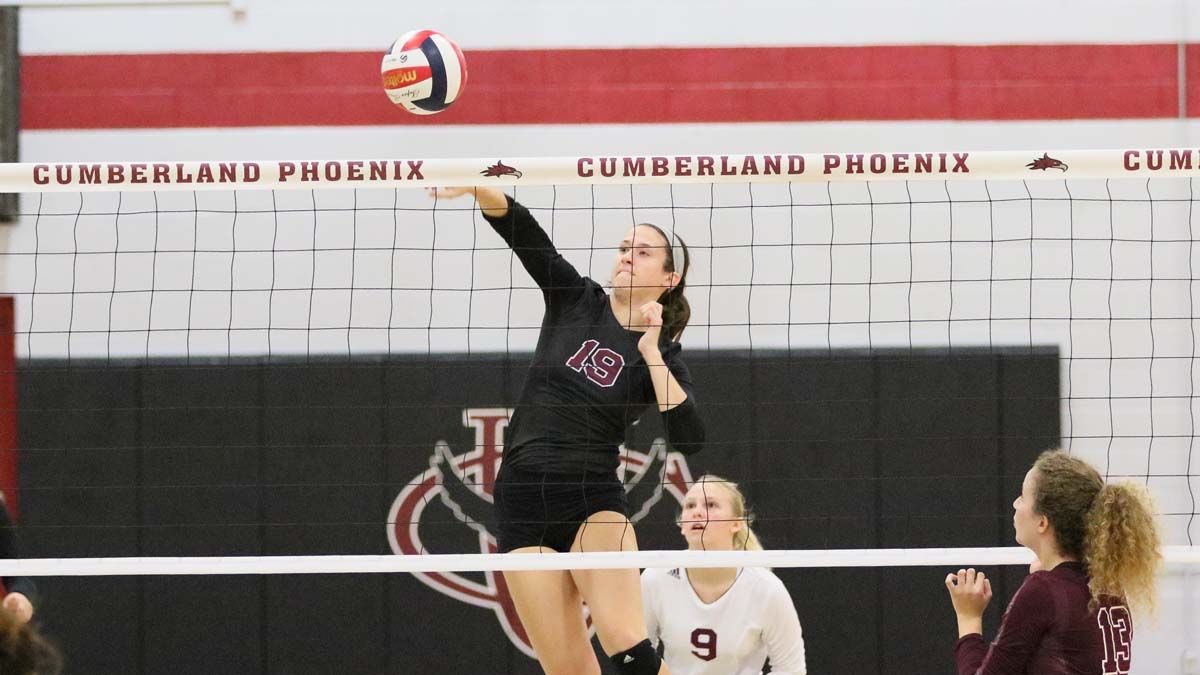 Cumberland (13-11, 4-6 Mid-South) jumped ahead early in the first set posting a 9-4 run and continued to pull ahead with two kills from Worrell and three from Nalovic to take a 15-7 lead. Four points in a row for the squad helped them to a 19-7 advantage and the Phoenix limited the Bears to just four more points in the set. Three consecutive points for CU with a kill from Markovic, Mikayla Wickham and Rachel Clement helped Cumberland secure the first stanza, 25-11.

Shawnee State (6-20, 1-9 Mid-South) made a comeback in the second set to even the score at seven and again at nine before the Phoenix scored four unanswered points to regain the advantage, 12-9. Two kills from Tyanna Smith helped the Bears pull within five but CU responded with a 6-2 run to a 19-13 lead. A kill by Stacia Martin and Christina Shelton and an error on the Phoenix played in SSU’s favor cutting their deficit to six, 22-16. A kill by Riley Peterson and Markovic and an error on the Bears sent Cumberland to a 25-16, second-set win.

The third set started off much like the second, and Shawnee State kept within no more than two points, tying the score at six. Four straight points for Cumberland pulled them ahead by four and a 5-2 spurt built on to the advantage, 15-8. Four errors on the Phoenix scored five of the last six points for the Bears before a kill by Worrell closed out the final frame, 25-15.

Cumberland is back in action tomorrow, October 21 against the University of Pikeville at 1 p.m. here at the Dallas Floyd Recreation Center.