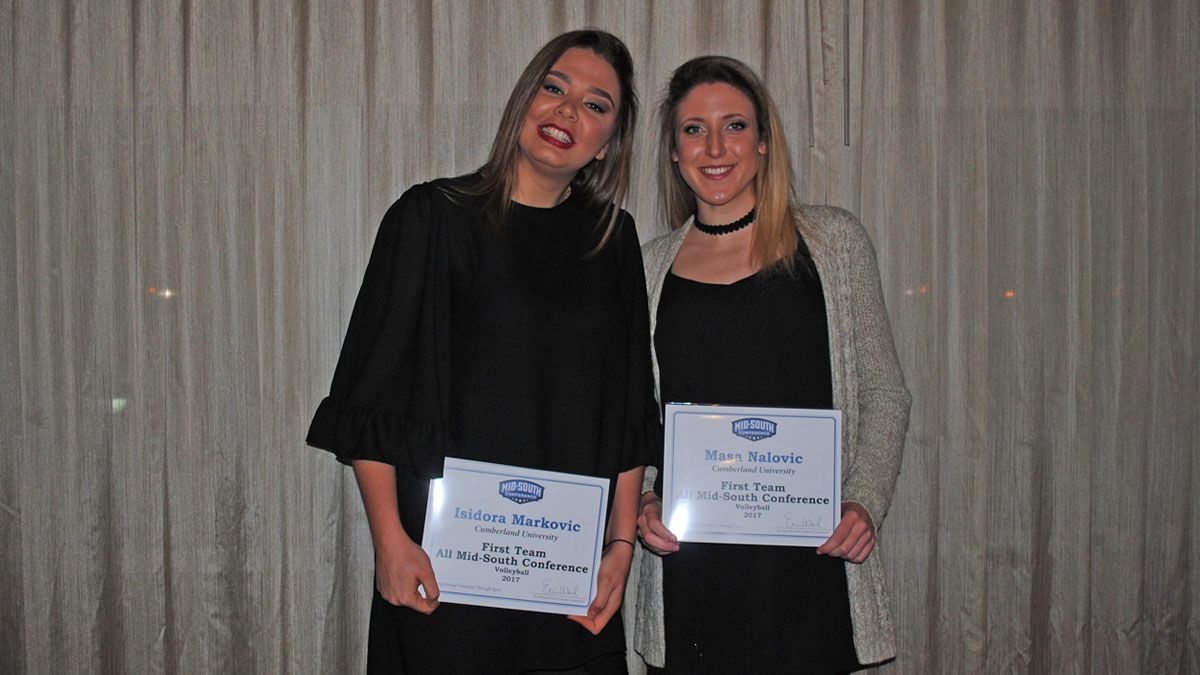 Markovic ranks third in blocks in the conference collecting 90 on the season heading into the conference tournament. The senior is ranked 13th in kills recording a total of 246 and averaging 2.4 kills per set. The Trstenik, Serbia native had her best outing of the season versus Campbellsville posting 17 kills, a season-high and eight block assists.

Masa Nalovic tallied a career-best 15 kills and three blocks in a four-set victory over the University of St. Mary back in August. Nalovic has posted double-figure kills in 12 outings this season after not having a single game with more than six kills last season. The Belgrade, Serbia native ranks ninth in the conference in kills (256) and is tied for 13th in blocks (56).

No. 6 seed Cumberland will face third-seeded Campbellsville University in the quarterfinals of the Mid-South Conference Championships on Thursday, November 9 at South Warren High School in Bowling Green, Ky., at 5 p.m.