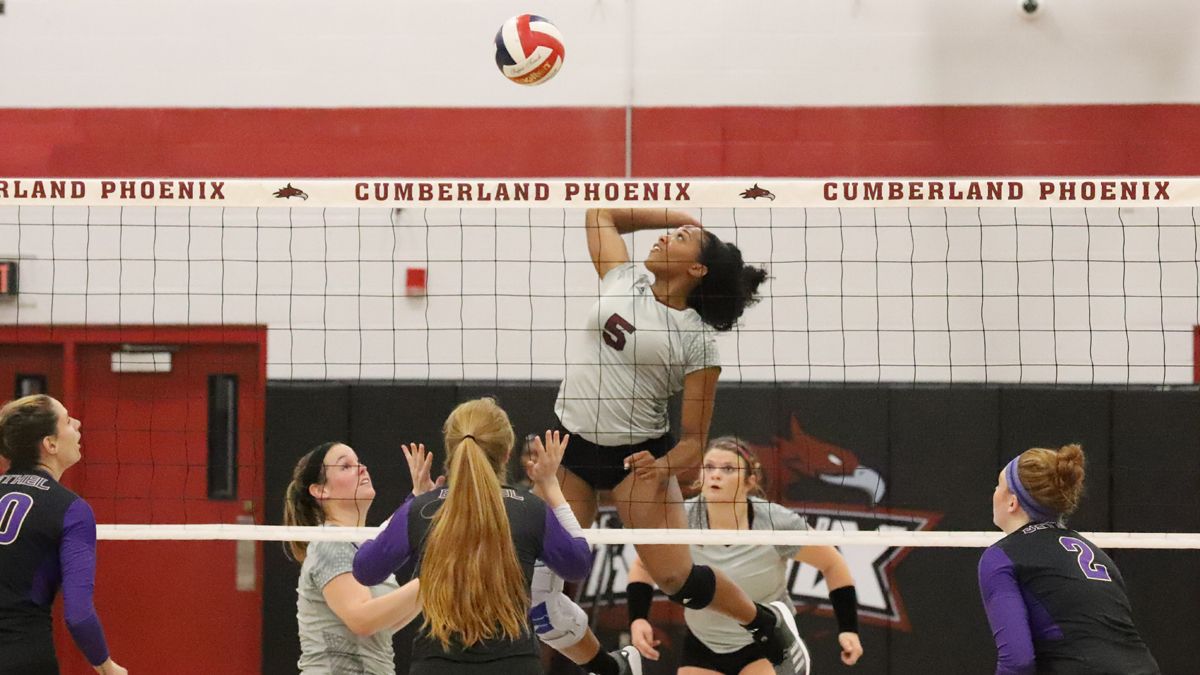 LEBANON, Tenn. – The Phoenix fell in straight sets, 3-0, to Bethel Thursday night at Dallas Floyd Phoenix Arena where Cumberland made 25 attack errors and added just a .052 hitting percentage for the match.

The first set began as a back-and-fourth affair as the Phoenix and Wildcats were tied eight times in the early goings. The Phoenix trailed by just one point at 12-11 before Bethel managed an 8-2 run to increase their lead to 20-13. Cumberland made a late push to cut the Wildcat lead to just four at 22-18, but two attack errors and a kill by BU close out the set at 25-20.

Cumberland and Bethel exchanged points to open the second frame, all the way to a 13-13 tie. A quick 8-3 run by the Wildcats gave them a 21-16 advantage. Four straight points by Bethel closed out the set and gave BU a commanding 2-0 lead in the match.

Again, the Wildcats were able to jump out to an early lead in the third set, this time taking a 9-5 advantage. Kills by Rachael Gunn, Lyssette Serna, Moeller and four attack errors by Bethel put the Phoenix behind one point at 13-12. Cumberland would manage to tie things up at 17 all and from there the teams would be even six more times before the score was 24-24. A kill and a service ace by Bethel’s Rachael Gunn would end the set 26-24, and the match 3-0.

Cumberland hits the road on Tuesday, September 11th for their first Mid-South Conference match of the season versus University of the Cumberlands at 6 p.m. CT.