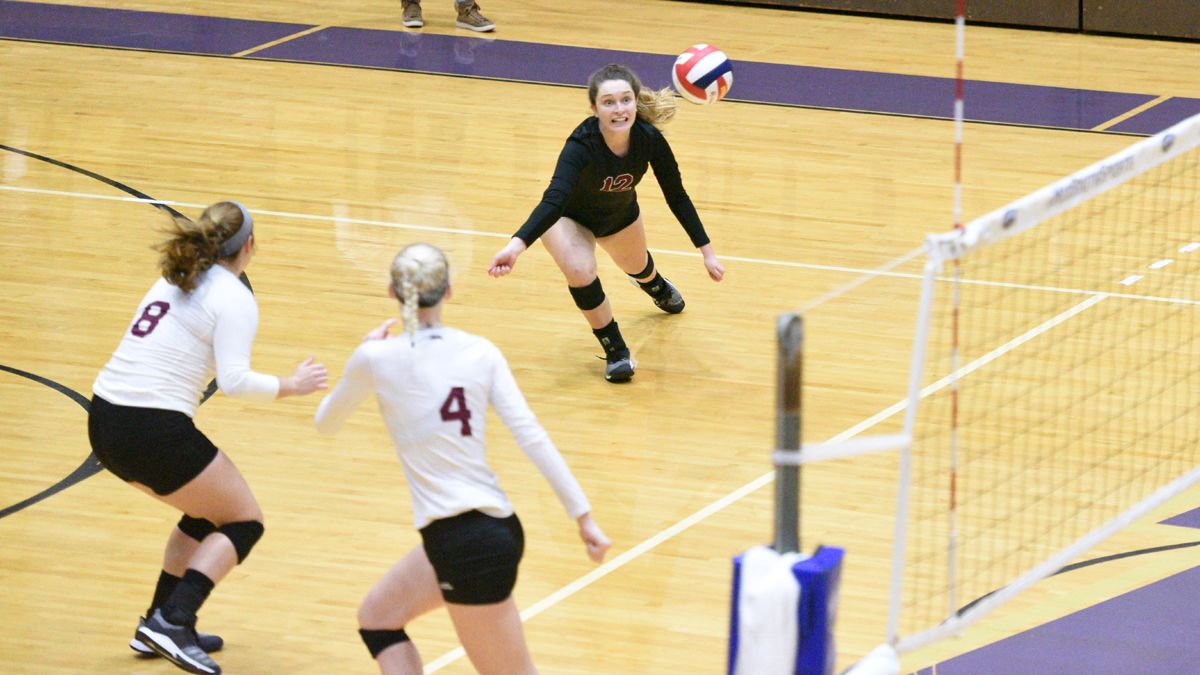 LEBANON, Tenn. – Abby Akins and Masa Nalovic registered six kills apiece and Ali Hanger collected 13 kills, but sixth-ranked Lindsey Wilson got 14 kills from Grace Blomstedt and 39 assists by Autumn Proctor in a 3-0 win against Cumberland in the semifinals of the Mid-South Conference Women’s Volleyball Championships on Friday in Bowling Green, Ky.

The Phoenix (17-18) hit .146 as a team in the loss, with the Blue Raiders posting eight blocks to go with 11 Cumberland errors. Sara Glassman handed out 14 assists and added nine digs.

Lindsey Wilson (28-3) jumped to an 11-4 advantage in the first set behind two kills from Klara Mikelova and three blocks by Blomstedt, two with Paulina Sobolewska. Nicole Carey collected two kills for the Phoenix and Nalovic added one as well, pulling CU within 13-8.

Elly Burke recorded two kills for the Blue Raiders before two spikes by Blomstedt increased the LWC lead to 21-8. Mikayla Wickham and Raegan Moeller collected kills for Cumberland and the duo combined for a block as well, but kills by Blomstedt and Sobolewska gave Lindsey Wilson game point and a service error by the Phoenix ended the set, 25-13.

Burke posted two kills and Mikelova netted one for a 7-4 LWC edge in the second set. Nalovic recorded two kills and Kara Snell had a service ace, pulling the Phoenix within 8-7, but Mikelova registered three kills in a four-point span and Blomstedt added one for a 13-9 Blue Raiders lead.

Mikelova, Sobolewska and Blomstedt collected kills for LWC, forcing a timeout by Cumberland, but a kill by Carey and three Lindsey Wilson errors helped CU get within 19-14. Nalovic added a kill late in the set, but Sobolewska posted two kills and Burke got the final one for a 25-15 set victory for the Blue Raiders.

The Phoenix started with the early lead in the third set thanks to three kills from Akins and one by Wickham. Lindsey Wilson responded with kills from Smith, Sobolewska and Burke, taking a 10-7 edge.

Nalovic and Carey combined for a block, but Blomstedt and Mikelova did the same for LWC and the two added kills, extending the Blue Raider lead to 18-9. Blomstedt recorded two more kills but Glassman had a service ace and Carey collected two kills.

Three errors by the Blue Raiders along with two kills by Nalovic got the Phoenix within 24-21, but Mikelova tallied the final kill for a 25-21 set win for LWC.