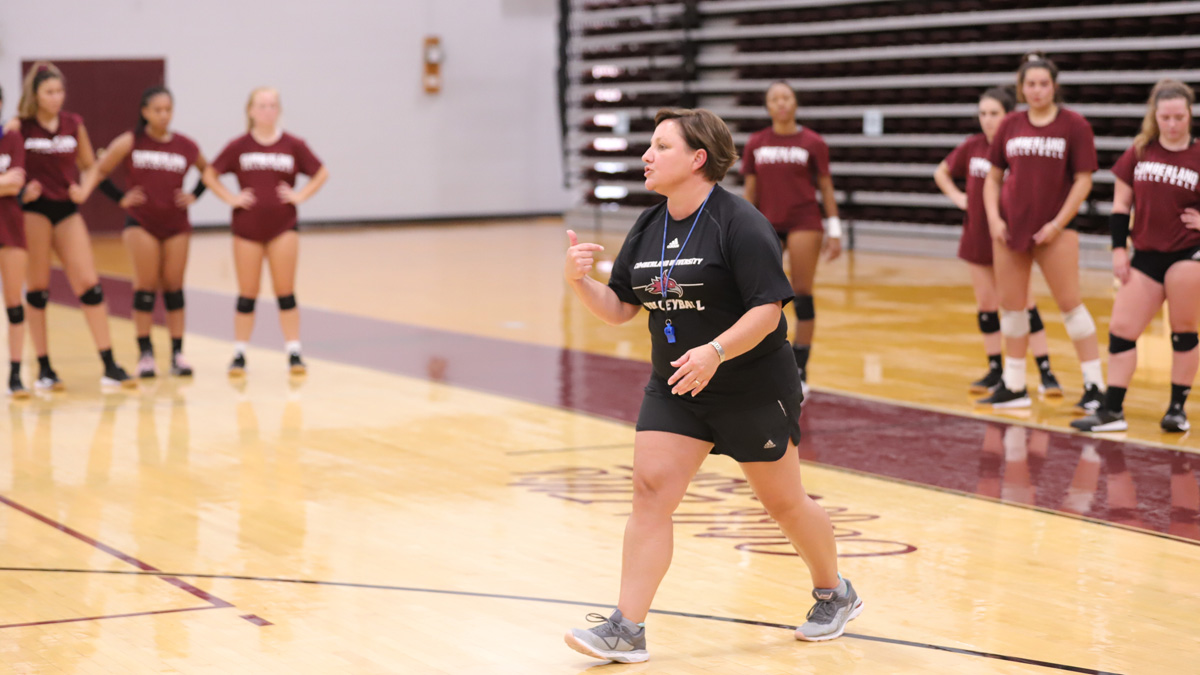 Head Coach Kathy Slaughter leads the Phoenix through practice as they prepare for the season. (Credit: Kyle Allen)

Cumberland came in closely behind the Patriots with 34 voting points, and Thomas More (Ky.) was sixth in the poll with 33 points in its first season as a full-time member of the Mid-South Conference.

Life (Ga.) and Shawnee State (Ohio) appear in the poll at seventh and eighth with 29 and 16 voting points respectively. Pikeville (Ky.) rounds out the preseason poll with 10 voting points.

The Phoenix prepare for their first match on August 16th at Xavier University as part of the Big Easy Blastoff at noon in New Orleans, La.

Cumberland opens up its home schedule against Campbellsville on September 17th at 7 p.m. in the Dallas Floyd Phoenix Arena.