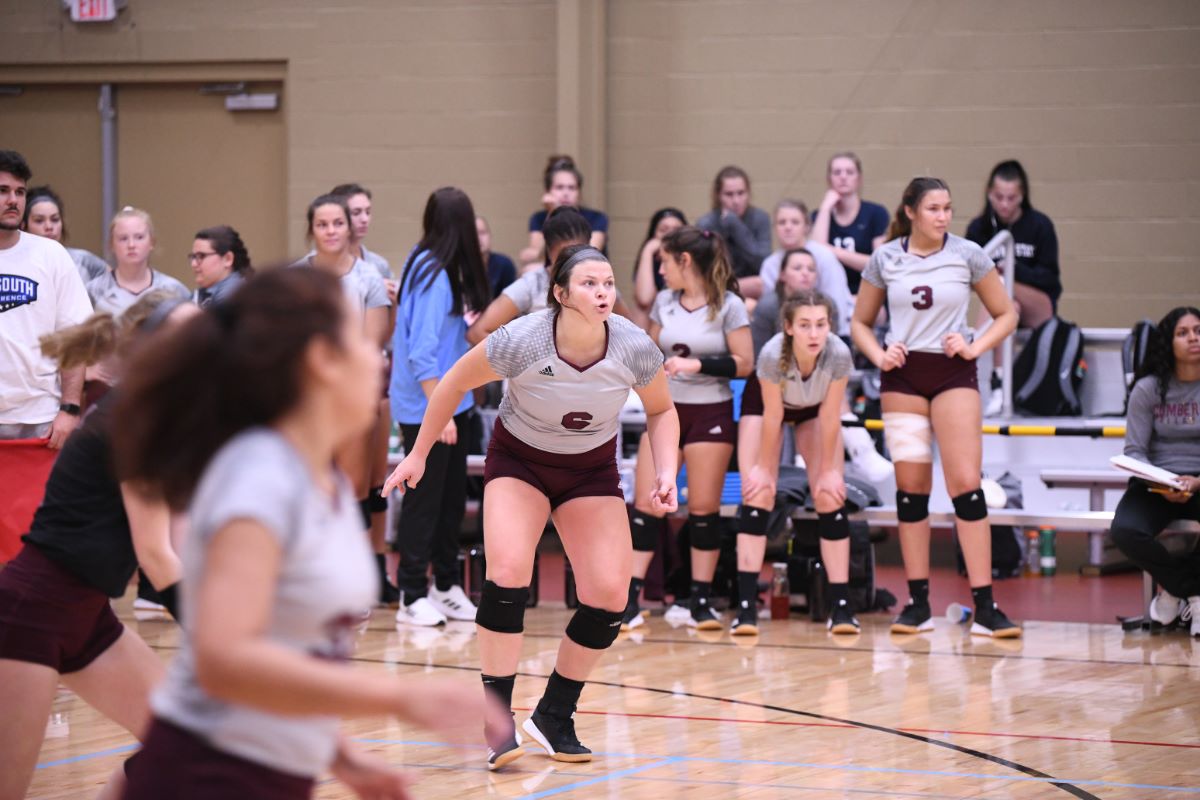 BOWLING GREEN, Ky.-- Phoenix sweep Blue Mountain in straight sets after losing a hard fought match against Indiana Southeast earlier in the day. The Phoenix finish 2-2 in the Vette City Volleyball Classic and move to 4-4 on the year.

Early on in the first set, Indiana Southeast (2-1) came out with a hot start getting the lead up to 16-6, but the Phoenix rallied all the way back to tie it at 19-19. The first set went back and forth until 23-23 when the Grenadiers got back to back points to seal the first game.

Cumberland started off the second set with a kill from Lysette Serna and Masa Nalovic before IUSE tied it at 2-2. The Grenadiers rattled off six straight points to get up on the Phoenix. Both teams went on several two and three point runs before Indiana Southeast took advantage of CU errors and won the second set 25-21.

Cumberland got up early in the third set 5-3 before IUSE had a 8-1 run giving them a 11-6 advantage, but the Phoenix battled back to 10-2 run of their own. Nalovic finished the match with a kill giving Cumberland the third set.

Nalovic led the way for the Phoenix in game one with 14 kills and Wickham record 11 of her own. Victoria Johnson recorded a double-double with 20 assist and 11 digs. Bianca Rodriguez put up 17 assists of her own and Senior Ali Hanger finished game one with 18 digs.

For the Grenadiers, Alyssa Cosgrove had a double-double herself with a game-high 17 kills and 11 assists. Setter Hannah Sipe finished withh 33 assists on the match.

The Phoenix sweep Blue Mountain College (0-4) in three sets to finish of the tournament.

Cumberland started of set one with two serving aces by Lysette Serna and never looked back. They went on to rattle off seven straight points in route to a 25-11 first set win. Abby Akins picked up five kills in the set while Serna had three serving aces to go along with two kills.

Cumberland picked up where they left off in the second set going on an 8-1 run early in the set and another 9-3 run later to carry them to a 25-15 second set win.

The third set the Phoenix were never down by more than three points, but during this set. The two teams traded point until Blue Mountain took a 5-7 lead. CU fought back to tie and then traded off points again until 18-18 where the Phoenix then went on a 7-2 run to win the set and the match.

Akins posted a game-high 11 kills while CU was able to play a lot of players in this match. Victoria Johnson and Bianca Rodriguez both registered 16 assists and Sadie Edmonston had 12 digs in the match.

Cumberland is back in action next Tuesday August 27th when they go on the road to take on Bethel University.