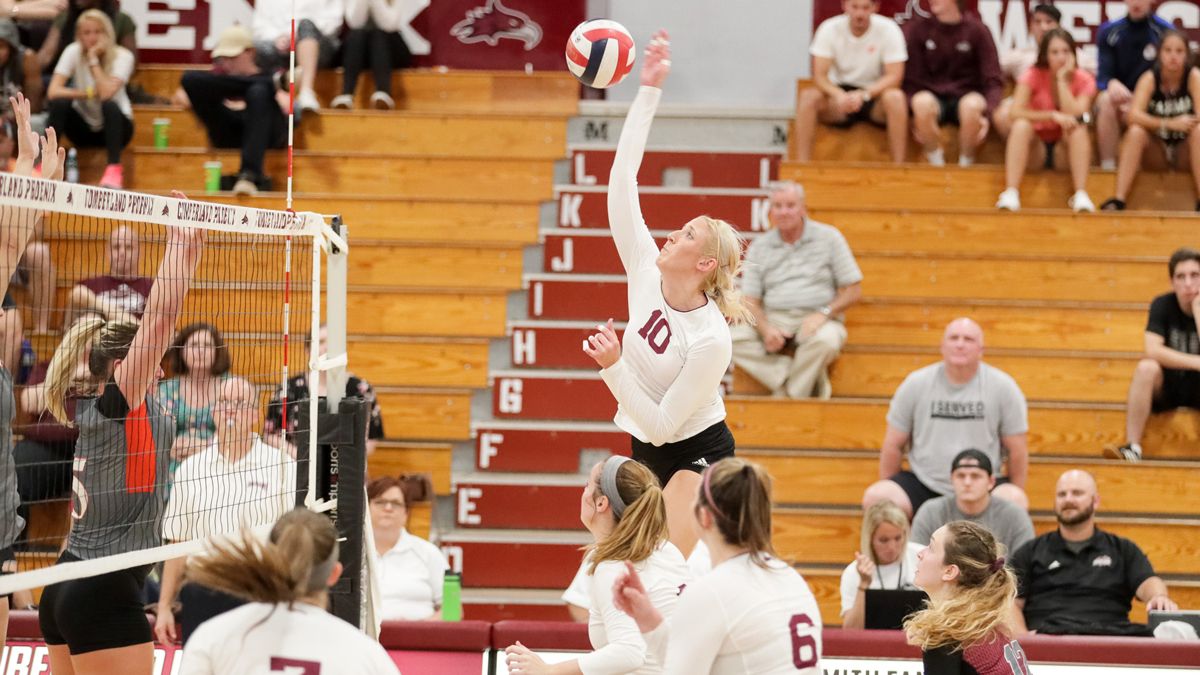 Cumberland University (5-4) reached a new season high for kills versus Bethel University (0-5) tonight, 58, besting the Wildcats in nearly every other statistical category as well. Despite the season high total for kills, the Phoenix did not enjoy a particularly strong attacking percentage, earning their first win in a game where they struck less than .135.

The seniors Masa Nalovic, Lyssette Serna, and Mikayla Wickham provided a large portion of the evening’s bevvy of kills, earning 14, 12, and 11, respectively. Cumberland continues to get excellent play from its freshman setter duo of Victoria Johnson, 23 assists, and Bianca Rodriguez, 21 assists, leading CU to the third most assists this far among all NAIA teams.

Hannah McGowan set the pace for Bethel, tying for a team high nine kills while also serving up three aces.

Cumberland struck first in the match, getting on the board with a Nalovic kill from Victoria Johnson. Nalovic provided four of the Phoenix’s first 11 points, keeping the Phoenix on top of the Wildcats through the early portions of the first. Cumberland took advantage of back-to-back Bethel miscues to take the first set, 25-17.

Bethel pulled momentum onto its side over the second and third sets, beating the Phoenix in two sets that went to extra rallies. In the second set, CU flirted with running away with the match, taking a commanding 20-13 lead off a big block by Nicole Carey and Wickham. Bethel surged back though to take the set. The third was a back-and-forth affair, but Cumberland could not manage to take the set, falling on a McGowan ace.

The fourth set started much the same as the third, the Phoenix trading sets with the Wildcats, until a 9-to-3 run set the Phoenix up to extend the game to a fifth set. Three straight Cumberland errors gave Bethel a hint of life, but Wickham ended the set on the next volley with a sharp attack through Bethel defenders.

After forcing the fifth set, Cumberland made the most of the opportunity to take the match. Early kills from Serna kept the final set close until three straight CU kills capped off by back-to-back Abby Akins kills assisted by Sadie Edmonston got The Phoenix a lead they would not relinquish.

Cumberland plays its first Mid-South Conference match next Wednesday against University of the Cumberlands at 6 p.m.