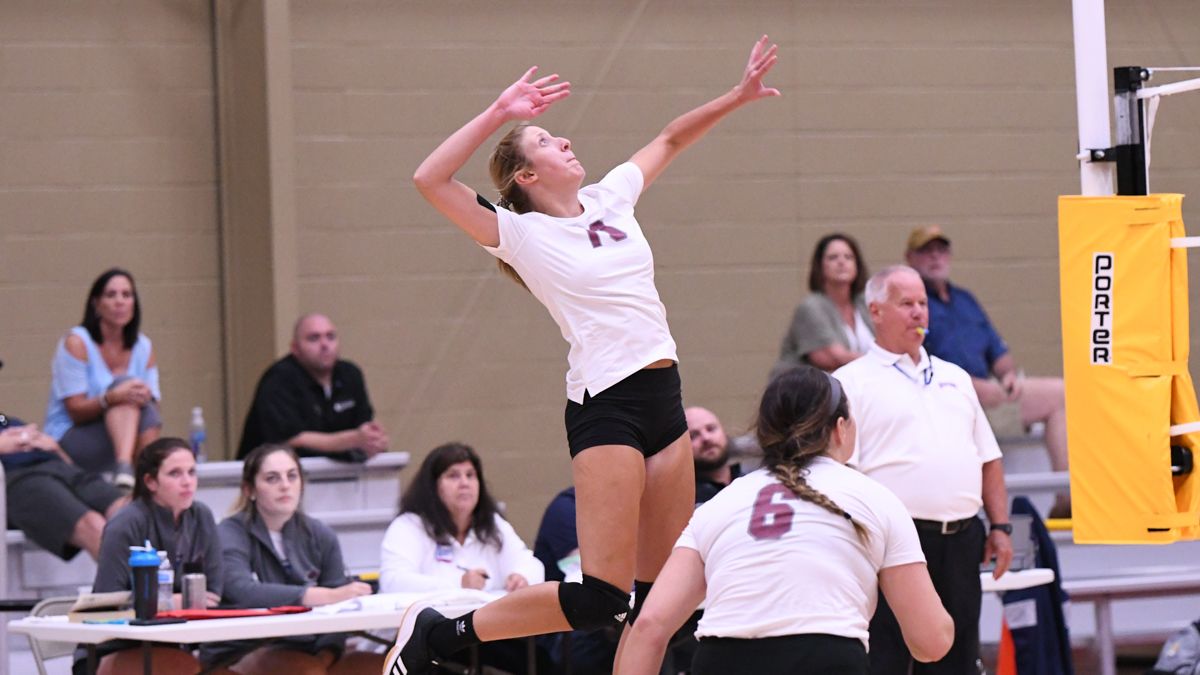 Cumberland (6-4, 1-0 MSC) captured its first conference regular season match victory over Cumberlands (Ky.) (8-3, 0-1 MSC) tonight behind a season high 68 kills, 37 of which were accounted for by seniors Masa Nalovic and Lyssette Serna with 20 and 17 kills, respectively.

The massive kill totals stood as career highs for both Nalovic and Serna, while Mikayla Wickham put in another strong effort with 11 kills. The fantastic freshman duo of Bianca Rodriguez and Victoria Johnson had another great game, collecting career highs of 29 and 27 assists, respectively.

The Patriot attack was led by Ashley Sobocinski at 12 kills and Lily Chapman with 11. Anna Zuniga gathered a match-leading 30 assists on the night.

Cumberlands (Ky.) heavily relied on 23 Phoenix errors over the first two sets to jump out to a quick lead in the match. Cumberland grabbed a late, 18-16, lead in the second off of a Serna kill from Rodriguez, but two-straight kills from Cumberlands (Ky)hitter, Mackenzie Koch ended the set 26-24.

The Phoenix pulled momentum back onto their side in the third, grabbing the lead off a Nalovic kill to start the set and then maintaining it through the rest of the contest. Nalovic played a key role in retaking the game’s momentum, scoring kills on eight of Cumberland’s first 18 points. CU expanded the lead to seven for the set win, 25-18, when Isabella Curcio slammed a kill from Johnson home.

The fourth set stayed tight throughout, Cumberland finally breaking away to even the match at two sets all. Abby Akins broke the 20-20 tie with a kill that led to three-straight CU points. Ali Hanger finished the small run with a service ace off of the hands of Cumberlands’ (Ky.) Lexi Lester. The Phoenix took the set on back-to-back Patriots attack errors.

After forcing the match into a fifth set, Cumberland kept applying pressure to the Patriots through the frontline’s relentless attacks. The Phoenix built the lead to as high as eight when Nalovic grabbed a solo block on Sobocinski, before she went on to smash the final two kills through the Patriots defense to end the match.

The Phoenix return to action Saturday in Marietta, Ga., facing Life at noon and then following that up against Reinhardt at 2:30 p.m.