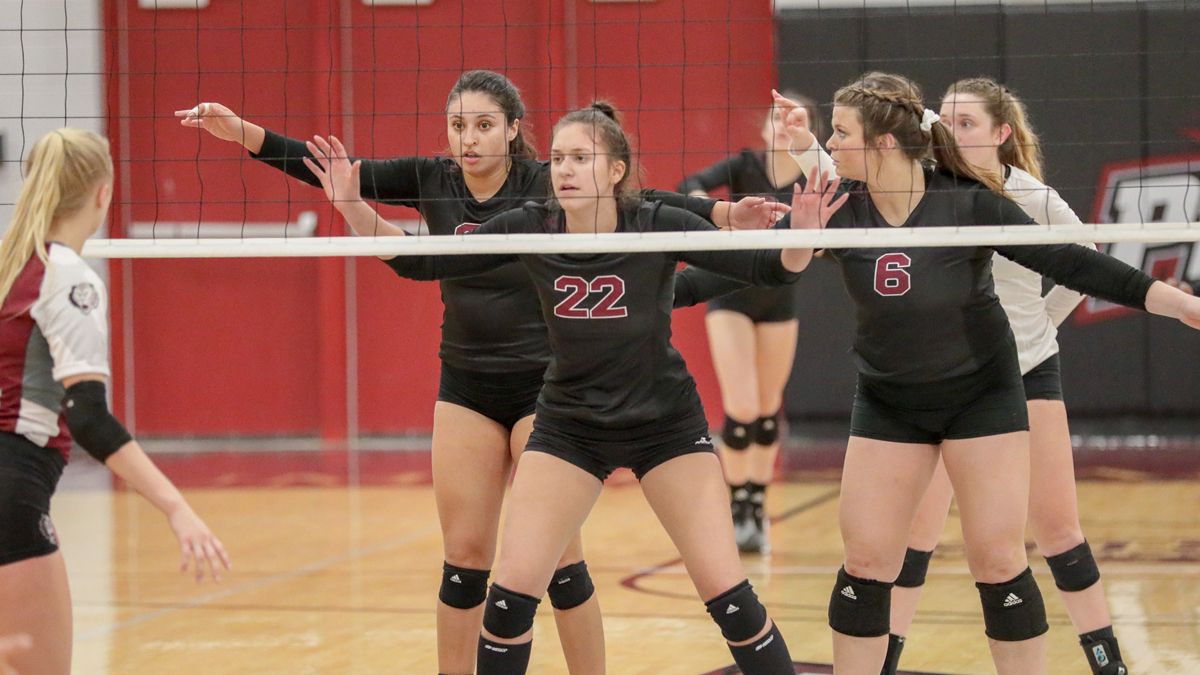 MARSHALL, Mo.-- Women’s volleyball pulled off a monumental upset, earning the program’s first victory over a ranked team, 3-2, over No. 3 Park at the Viking Invitational today.

Cumberland (10-5, 2-0 MSC) was already off to one of the program’s best starts before breaking through in its second game versus a top-five foe this season today against No. 3 Park (10-2).

The Phoenix relied on an all-around team effort to pull off the upset. Sadie Edmonston proved instrumental on the defensive side of things, her defense and serve receptions making it so that Cumberland setters could more easily get the ball to all of their offensive options. The middle stood tall against Park’s attacks, while Mikayla Wickham and Masa Nalovic relentlessly attacked on both the serve receive and in transition. Lyssette Serna had another impressive defensive showing, and found her offensive rhythm towards the end of the match.

Through and through, this match leaves head coach Kathy Slaughter with much to be happy about and can prove to be something the team can build off of going forward.

”I am so proud of our players today. No matter what happened , they played consistent and determined.” Continued Slaughter, “In the beginning of the match, we were scoring most of Park’s points through our errors. When we finally found a rhythm and began playing like we know we can, we were able to keep the ball away from their primary attackers, forcing mistakes on their side of the net.”

As was the case the rest of the match, the teams fought back and forth, neither side breaking away in the first set. Plentiful unforced errors on Cumberland’s side of the net helped Park to a first set 25-20 win. Park went on a small run at the beginning of the second, extending its lead to 12-4, but CU fought its way back in. After trading scores, CU ended the long set 26-24, evening the match.

Park took the third set, 25-20, but Cumberland came out firing on all cylinders in the fourth, taking the first nine rallies. Park attempted to pull themselves back into the set, hoping to end the match, but Cumberland forced the fifth set with a 25-21 win.

The final set played out similarly to the fourth. The Phoenix jumped out to an early lead, but the highly ranked Park team would not go down silently. They pulled within one score at 13-12, but the Phoenix captured the next two rallies to claim their victory.

Coach Slaughter hopes the huge win can lead to results in conference play. “This is a positive moment to take us into a challenging week of conference play,” explained Slaughter.

The Phoenix kick off their home schedule next week, facing RV Campbellsville Tuesday at 7p.m.