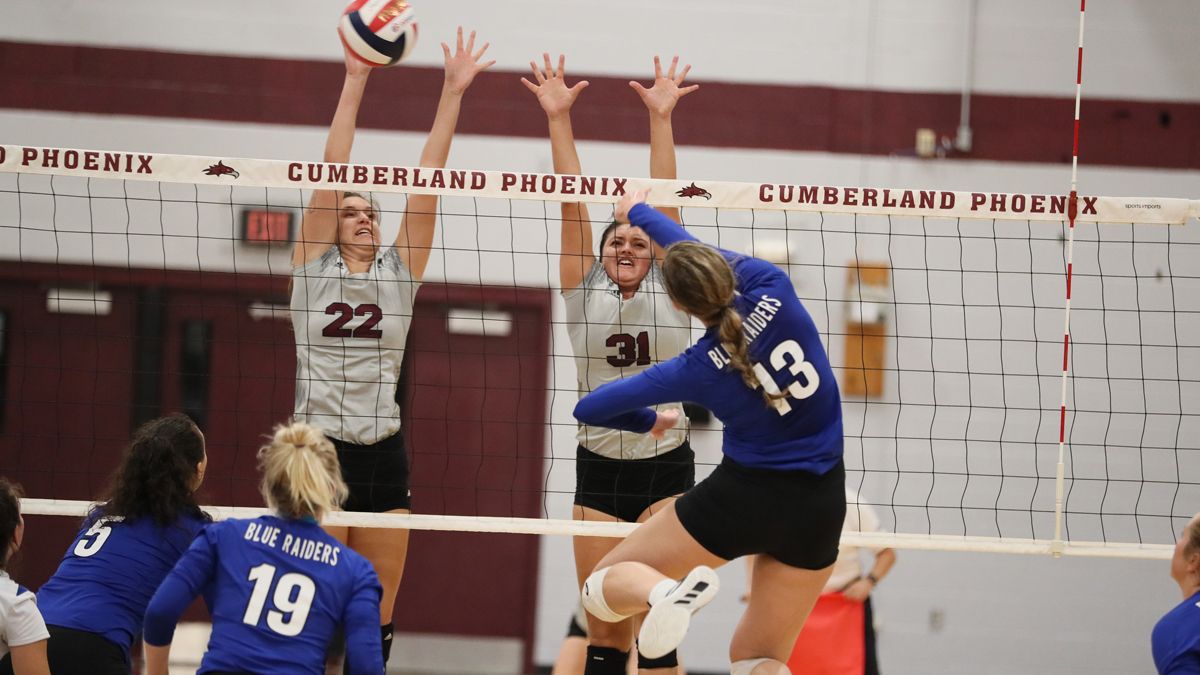 Luciana Arena was the brightest spot on the night for Cumberland, collecting six kills on a good .364 attack percentage as well as contributing three blocks. Sadie Edmonston continued her streak of excellent defense, earning a team high 13 digs.

Thomas More’s Jenna Mummert led all players in kills and attack percentage with 11 on .450, while also combining on five blocks.

Despite striking first on back-to-back Nicole Carey kills, the Phoenix played from behind the majority of the set. The Saints ended the set on a four rally streak, taking the set, 25-19, on back-to-back service aces. Cumberland played the second set closer, but the mistakes from the first set continued to plague the second, Thomas More winning nine volleys off of Phoenix errors. An Arena block helped Cumberland to an 18-16 lead late in the set, but a kill from Abby Akins in the final rallies was not enough for Cumberland to take the set, falling, 25-21.

The Phoenix committed much fewer mistakes in the third set, but by that point it was too late, getting their last kill of the night from Lyssette Serna down 20-24.