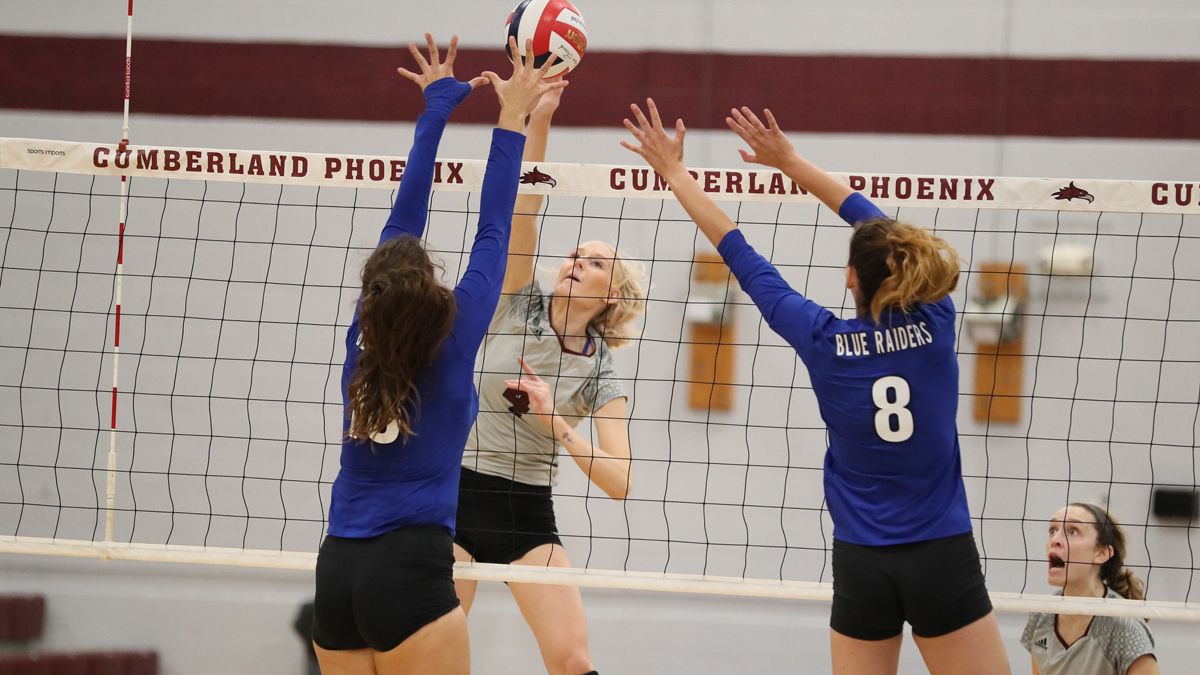 GEORGETOWN, Ky.-- The Phoenix women’s volleyball team started strong, but fell in five sets, 3-2, to conference rival Georgetown College this afternoon in the team’s second road match in as many days.

Cumberland (11-8, 3-3 MSC) fought back and forth with Georgetown (Ky.)(11-9, 4-2 MSC), but lost for only the second time this season when registering more than 55 kills. The 60 kills recorded stands as the third most Cumberland has earned to this point.

Mikayla Wickham led all players, earning 18 kills during the match, while Masa Nalovic pitched in 15 of her own. Freshman Bianca Rodirguez played part in many of those kills, adding a match high 34 assits. On the defensive side, Luciana Arena continued her great play in the middle, blocking nine Tiger attacks, and Sadie Edmonston continued providing great support from the back, earning 31 digs.

The Phoenix relied on a big turnaround to take the first set. Georgetown (Ky.) extended its lead to as much as seven early, 14-7, but a five rally run in which Lyssette Serna struck two kills and assisted in a block helped pull momentum back to Cumberland’s side. CU took part of the lead at 16-all off an Arena solo block, and four-straight rallies won, capped off by an Abby Akins kill, gave the Phoenix a 25-19 first set victory.

Cumberland took the lead midway through the second set, 12-11, when Ali Hanger put two straight aces off the hands of the Tigers’ Haley Bergheger. Attack errors spelled the team’s doom in the set though, committing more errors than kills.

Arena recorded a ridiculous three-straight solo blocks to take an early 8-7 lead in the third that was extended to as much as three off a Nalovic kill, 12-9. The teams continued trading kills until Wickham spiked a straight for the kill assisted by Rodriguez at 23-23 where Georgetown (Ky.) went on to win the final two volleys of the set.

Nicole Carey struck first for the Phoenix, recording their first three kills of the fourth set. The Tigers extended their lead to as much as four late in the set, 21-17, but a huge six-rally streak by Cumberland helped the team extend the game to a fifth set. In the final set, Georgetown (Ky.) jumped out to an early lead that it never relinquished. Rodriguez earned a kill to pull within one at 14-13, and a Tiger set error evened the game, but a Georgetown (Ky.) kill and Phoenix error ended the match.