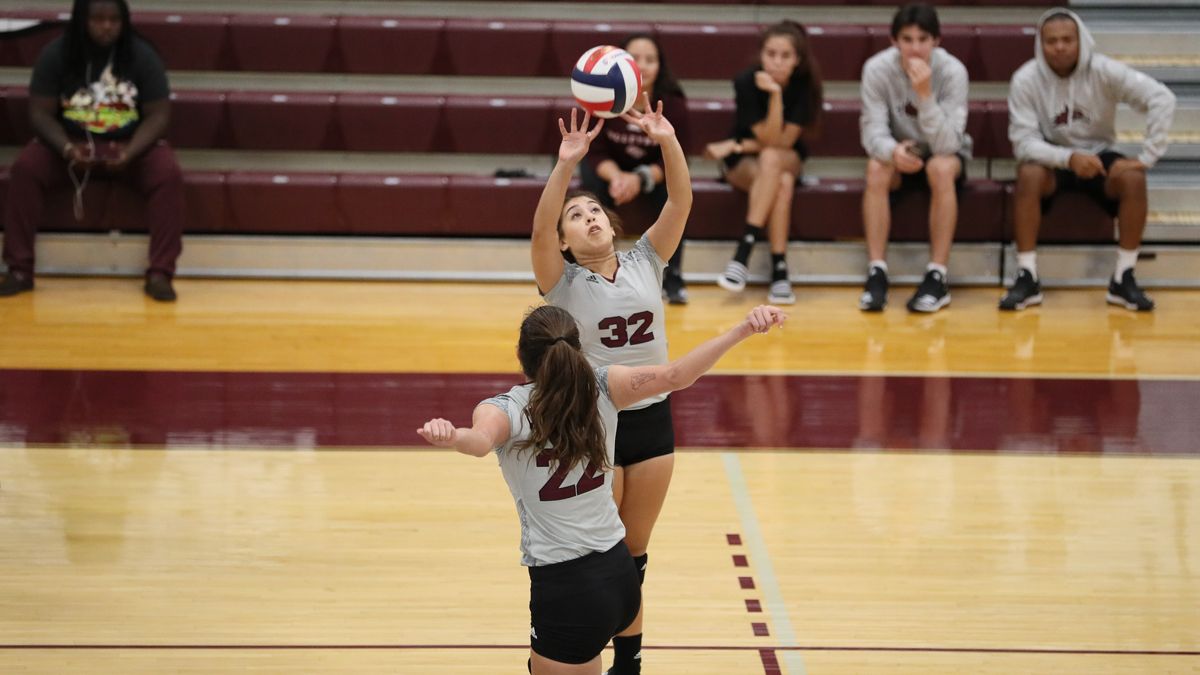 The Phoenix frontline was led by the familiar faces of seniors Masa Nalovic and Mikalya Wickham with 12 kills each. Bianca Rodriguez contributed a team high 22 assists, while also adding three service aces.

The game leader for kills resided on the opposite side of the court, Macie Rhoads earning 13 kills for the Bears.

Despite Shawnee State going on a mid-set run to even things up, Cumberland quickly expressed its dominance in the first set. Wickham found success early and often from the right side, striking along the net to record five kills in the set. The Phoenix stood with an early 9-3 advantage after a Masa Nalovic straight for a kill ended a rally that both Sadie Edmonston and Lyssette Serna recorded clutch digs on. After Shawnee State’s run, Cumberland went on one of its own capped by a combo block from Serna and Carey, 18-11. The set ended on a Serna kill into the opposite corner, 25-18.

In the second set, the teams fought back and forth, but the Phoenix did themselves no favors by committing too many unforced errors. Shawnee State went on to win the set 25-23.

Cumberland made up for its second set frustrations by hitting an impressive .300 in the third, only committing two errors in the set. The team took a quick 8-1 lead after Akins and Raegan Moeller stuffed a Shawnee State attack. Cumberland further extended its lead to 15-6 when Ali Hanger served an ace off of the hands of the Bear receive. Wickham continued her strong night, closing the set, 25-12, with a bullet of a kill.

Fourth set was again played closer in the early running, but CU kept up good hitting numbers through the first half of the set to create enough breathing room to take the set. Nalovic took over the frontline in the fourth with five kills, while Edmonston and Hanger were hot on the serve, collecting two aces each. The game ended, 25-17, off a Nalovic kill.

The Phoenix return to action tomorrow morning, facing the University of Pikeville in Dallas Floyd Phoenix Arena at 11 am.