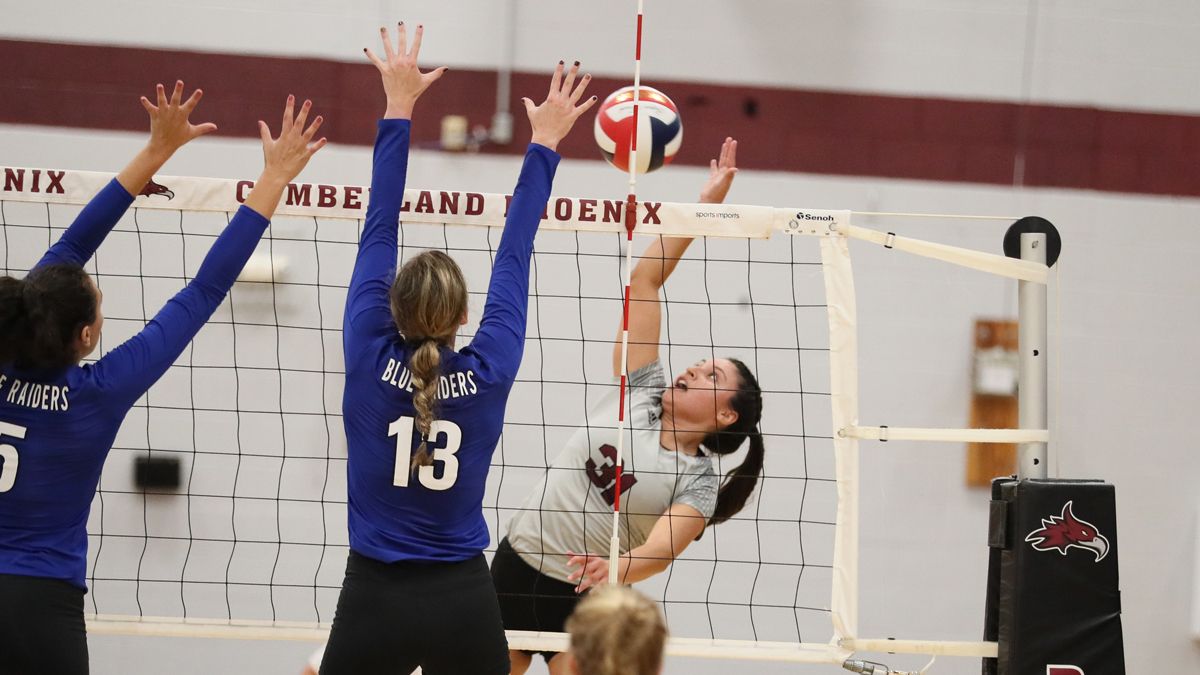 Cumberland (13-8, 5-3 MSC) did not let the quick turnaround from its conference match last night slow the team down, overwhelming Pikeville (6-11, 0-8 MSC) in three sets.

Lyssette Serna showed great touch on her attacks over the course of the match, collecting a game-high 12 kills on a good .333 attack percentage. Freshman Victoria Johnson had a great day on the serve ,earning three aces.

The Bears were led by Noelani Simpson, contributing seven kills and two service aces in the match.

Cumberland controlled much of the first set, maintaining a lead of at least three rallies through much of the first half of the set before extending the lead later. Serna set the tone in the first, collecting a whopping seven kills to help the team maintain and later extend its lead. The Phoenix capped a 7-1 run with a Mikayla Wickham kill to take a ten-point 18-8 advantage. The set ended 25-12 off a Serna kill that she struck with some touch to settle it into a spot with no Pikeville defenders.

The Phoenix struggled on the attack through the early portions of the second, giving the Bears as many points off kills as they acquired themselves with an 8-8 tie. A six rally run from Cumberland that forced a Pikeville timeout was punctuated by a Nicole Carey kill, 14-9. UPike clawed its way back into the set, reaching a 16 all tie due to a service ace, but Luciana Arena broke the streak with a kill from the center. A ball handling error on Pikeville closed the set in Cumberland’s favor, 25-20.

Cumberland came out of the break on fire, starting the set with an emphatic block by Carey and Wickham before taking a very quick 10-3 lead. The team played efficiently on the attack throughout the third, earning 13 kills on only 24 attacks in the set. The set ended the same way it started, Carey and Wickham combining on another block for the 25-17 victory.

The Phoenix continue their four-game homestand with a match against University of the Cumberlands this Wednesday at 7 p.m., for the Faculty and Staff Appreciation Game.