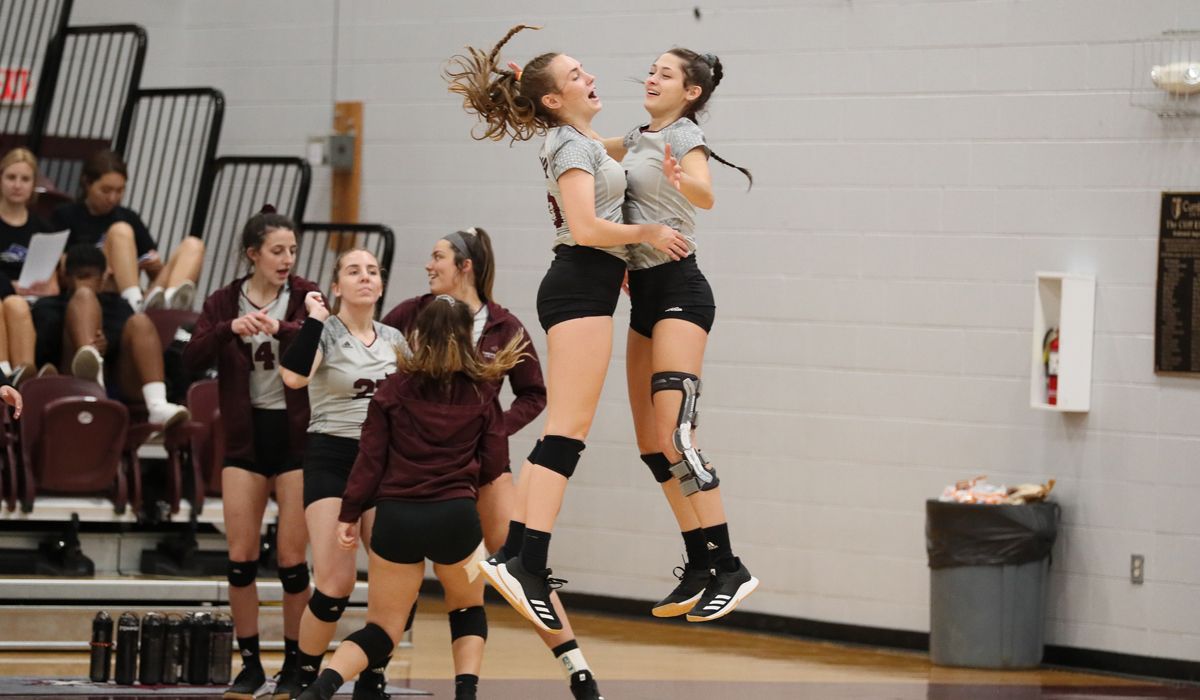 Cumberland (15-8, 7-3 MSC) moved to within 1.5 wins of conference leader Lindsey Wilson, giving Life (15-7, 6-4 MSC) its first road loss of the season. The Phoenix played good defense, holding the Running Eagles to a .093 attack percentage on the day while collecting 10 blocks.

Mikayla Wickham built off her excellent performance against Cumberlands (Ky.) Wednesday, leading the team on the attack once again with 15 kills. Masa Nalovic earned 10 kills and was very active on the block, grabbing six.

Life’s Zykeria Allen led all players in kills, collecting 16, while her running mate Lena Pucnik added 11 of her own.

Abby Akins earned Cumberland’s first kill of the night, scoring a kill that careened off the fingertips of the Life block, 1-1. After trading point through the first few rallies, the Phoenix went on a four rally run to earn themselves a lead that would not be relinquished through the first. The Running Eagles cut the lead to one at 16-15, but another 4-0 stretch by CU gave the team some breathing room. Shea Moore overed an electrifying, one-handed dig to push the team to a 23-17 lead. Akins, Wickham, and Nalovic all recorded four kills in the set that Cumberland won 25-19.

The Phoenix struck first in the second off a Wickham kill from Victoria Johnson, but CU was unable to build any momentum through the remainder of the set. Life playing good defense and bad attacks on the part of Cumberland led to the team only having a .104 attack percentage on its way to a 25-20 loss in the second set.

The second set attack woes did not follow Cumberland into the third, the team recording a .389 attack percentage through the midway point of the set. The Phoenix’s side of the court gained a lot of energy when Wickham and Raegan Moeller combined on a strong block for a 7-4 CU lead. Nalovic squeezed a kill through the Life block to put the Phoenix in a commanding position, 21-16, but Life did not go down without a fight. The Running Eagles went on a run after Cumberland got to match point on a Wickham kill 24-19, cutting the lead to 24-23. Moeller ended the Life run and set with a kill into the deep right corner.

Life jumped out to a quick start in the fourth set, extending its lead to 8-4 early. From this point-- largely off the back of excellent defensive play--the Phoenix went on a 21-5 run to win the set and match. Wickham evened the set at nine all with a soft touch kill into the middle of the Life defense. After back and forth scores, Cumberland jumped into the lead, 15-11 off back-to-back-to-back combo blocks from Nalovic and Luciana Arena. A flurry of Running Eagle attack errors followed by a Lyssette Serna kill from Akins ended the set, 25-13.

The Phoenix take a week off before heading to St. Louis, Mo., for the STLCOP Classic October 18-19. Cumberland plays Freed-Hardeman and Stephens College on day one at 1 p.m. and 5 p.m., respectively.