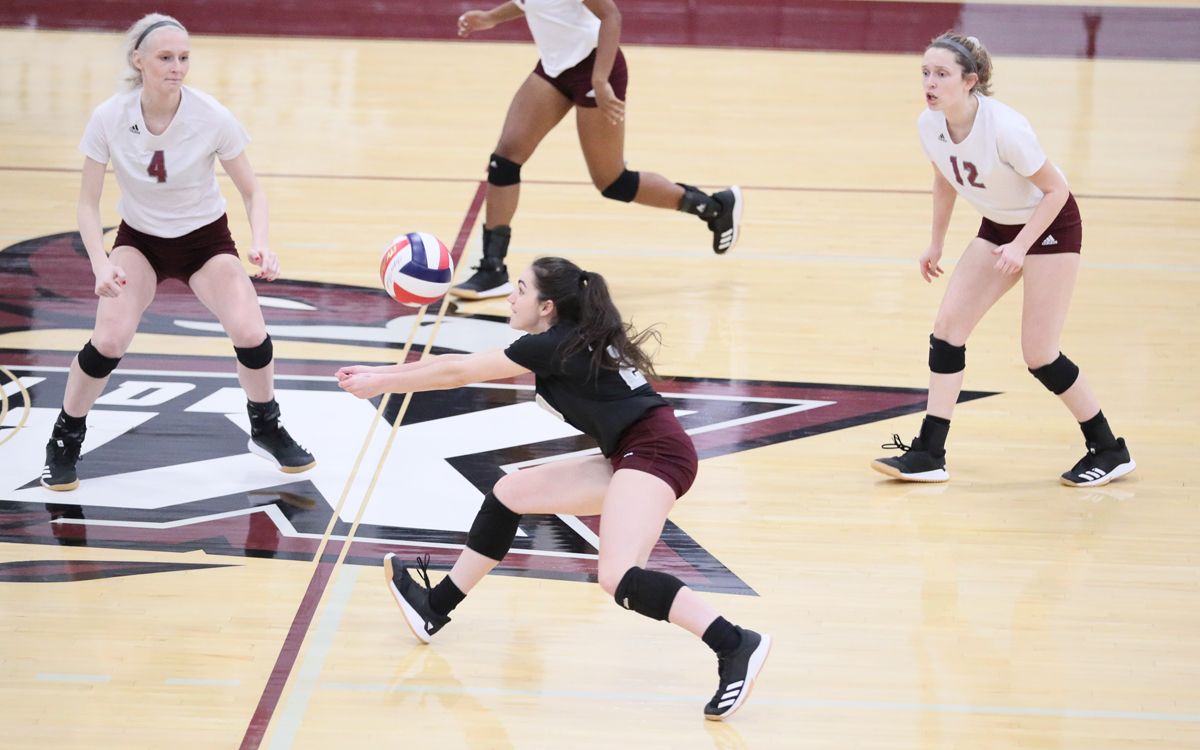 Masa Nalovic led all players in kills with 14 while adding in two blocks, while her fellow senior running mate Mikayla Wickham added 10 of her own and another two blocks. Sadie Edmonston again was a force on the defensive side from her libero spot, earning 27 digs.

For the Tigers, Sonia Flendrich matched Nalovic with 14 kills, while Kymbra Kirby made things difficult along the net with 10 blocks.

Jovanna Cernjanski helped the Phoenix get off to what seemed to be a good start, striking an ace for the 2-1 lead. Despite Nalovic playing at a very high level over the course of the set--six kills and no errors-- to keep the team in a back-and-forth with Campbellsville, the Tigers took a late lead off four straight Phoenix errors to win the set, 25-21.

After Campbellsville jumped out to an early 3-0 lead, Abby Akins earned a kill and a combo block with Nicole Carey to help pull the team ahead 4-3. Sadie Edmonston earned an ace in the middle of another Cumberland run to take a 8-5 lead, but the same issues that cost the Phoenix the first set reared its head again in the second. The Tigers lead ballooned to as much as 20-13 before Cumberland made a last ditch effort to cut the lead to three off a Lyssette Serna kills, 23-20, but lost the second 25-20.

The third was incredibly streaky, both teams putting up points in batches. Campbellsville struck first for a 4-0 lead, but Carey struck a kill from the middle and combined on two blocks, playing a huge role in a five rally run by Cumberland. Tied 11-11, Cumberland went on another run, Cernjanski capping a 3-0 stretch with her second service ace of the match. The lead extended to five at 20-15 on a kill across the court by Akins, the Phoenix managing to hold on for a, 25-21, third set victory.

The Phoenix continued their comeback in the fourth set, Campbellsville started the set with an ace, but Cumberland responded with a 4-0 run, Carey striking a kill and blocking a Tiger attack with Nalovic. The lead pushed on to 15-10 when Raegan Moeller and Akins combined on a block that rocketed back into Campbellsville players for a 15-10 lead in part of four rally Phoenix run capped by an Akins kill, 17-10. Campbellsville charged back late, but the Phoenix kept playing strong, winning the set, 25-18, on a Tiger error.

Campbellsville again jumped out to a quick start in the fifth and final set, but the Phoenix cut into that lead, 5-4, on a block from Wickham and Moeller. Sadly for the Phoenix, they were just unable to hold on to grab the victory. Carey struck a kill over the Tiger block to move within one at 10-9, but Cumberland ended up falling 15-12 to take the loss.

The Phoenix stay on the road for their next match, looking to get revenge against conference rival Lindsey Wilson for a loss earlier this season Thursday night.