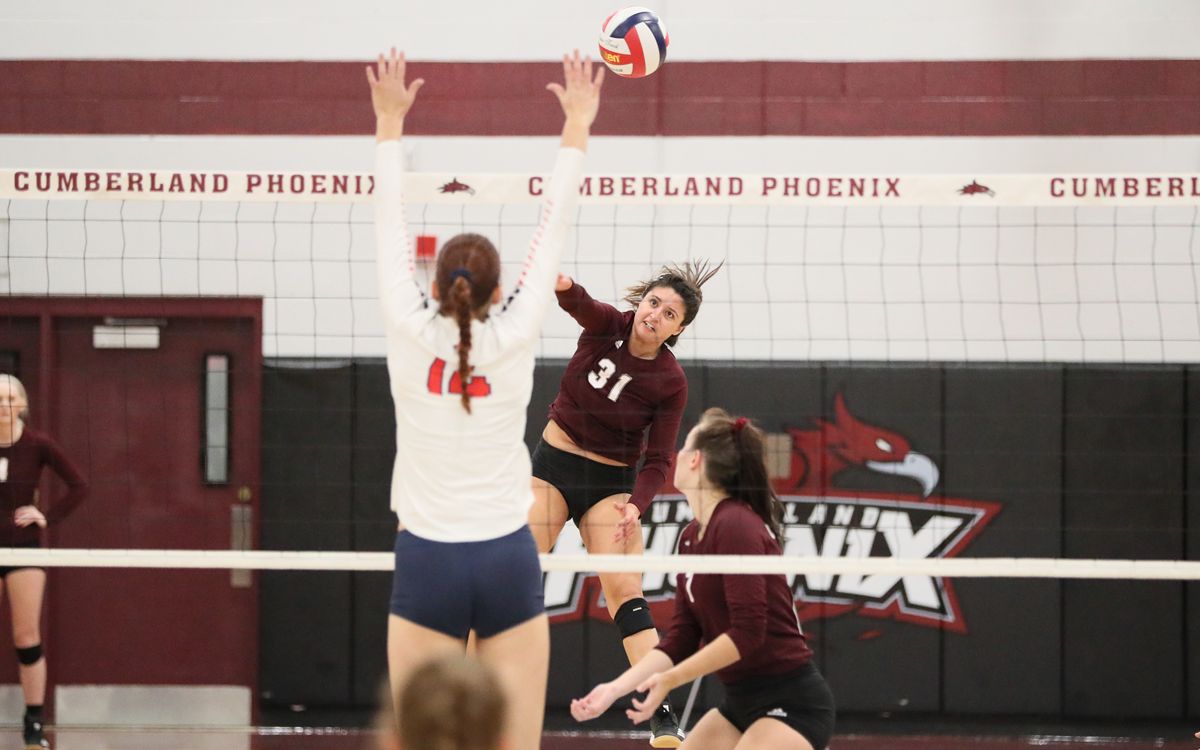 COLUMBIA, Ky.-- The Phoenix lost on the road tonight to top-10 Lindsey Wilson, falling in straight sets to their conference rival.

Lyssette Serna led Cumberland hitters on the night, being the only player to reach double digit kills. Fellow senior Abby Akins was the only other player besides Serna with more than a single kill to have a positive attack percentage on the night. Sadie Edmonston performed well from her libero spot, leading all players with 20 digs.

Lindsey Wilson’s Alexis Smith had the most kills on either team with 11, while Mariana Pratali had an impressive seven blocks.

The Phoenix had a positive start to the match, taking a 3-0 lead off a Serna kill, and maintaining said lead until the middle of the set. Bianca Rodriguez extended the lead back to three off an ace, 13-10, but the rest of the set went the Blue Raiders way. From a 16-16 tie, Lindsey Wilson outscored Cumberland 9-3 for a 25-19 set win.

The second and third sets continued Lindsey Wilson’s momentum from the end of the first. The second set saw Cumberland giving the Blue Raiders nearly as many points off errors (15 points), as they earned through the set themselves (16). The Phoenix fought back to take a 9-8 lead early in the third when Akins struck a kill through the block, but eight errors from that point ended the set in Lindsey Wilson’s favor, 25-15.

The Phoenix next travel to Pulaski, Tenn., to face Martin Methodist this Sunday at 7 p.m.