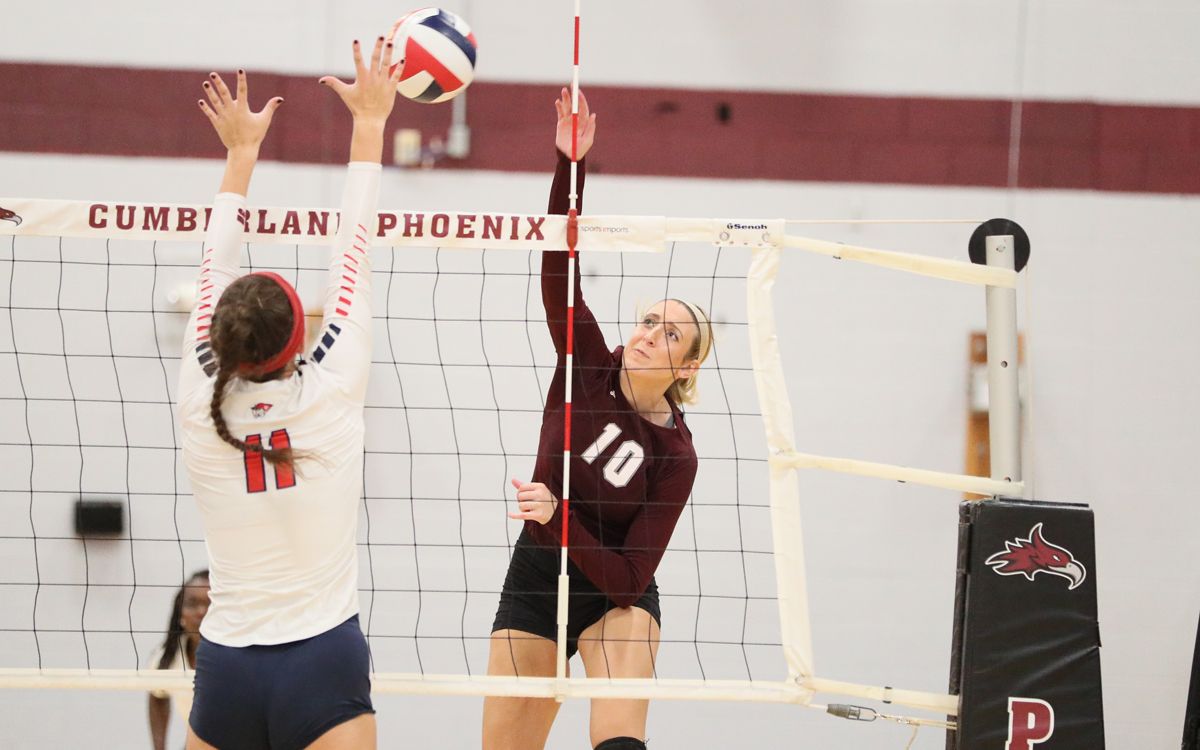 PULASKI, Tenn.-- The Phoenix fell on the road today against instate rival Martin Methodist, losing in three sets despite a relatively efficient day on the attack.

Cumberland (18-12, 7-5 MSC) lost its fourth-straight match today on a day where the team outperformed Martin Methodist (18-5) on the attack--46 kills to the Redhawks’ 34-- and a pretty good .210 attack percentage. One of the main things that kept the Phoenix from earning a win was a bad day on the serve, earning 12 service errors and not a single service ace.

Masa Nalovic and Lyssette Serna both broke the double digit kill mark on the match with 10 each. Nalovic had an impressive .348 attack percentage, only having two attack errors, while Serna contributed the second most digs on the team behind Sadie Edmonston’s 16 with 13.

The Redhawks’ Rebecka Cronin did a little bit of everything, leading all players with 11 kills, gained a single ace on the serve, dug two balls, and blocked three others.

Cumberland was even stronger on the attack in the second set, earning 16 points off kills, but the trend from the first set continued as the team committed even more unforced errors. The Phoenix charged back late in the second, scoring four straight capped by a Wickham kill to even the set at 20-20. They forced another tie at 23-23 off a Nalovic kill from Victoria Johnson. Cumberland failed to score again, losing the set 25-23.

The third and final set continued the trend of the earlier two, earning even more kills, 18, but upping the number of unforced errors with 11, losing the set 25-22.

The Phoenix return home Tuesday for a night match against conference foe Georgetown College, looking to even the season series.