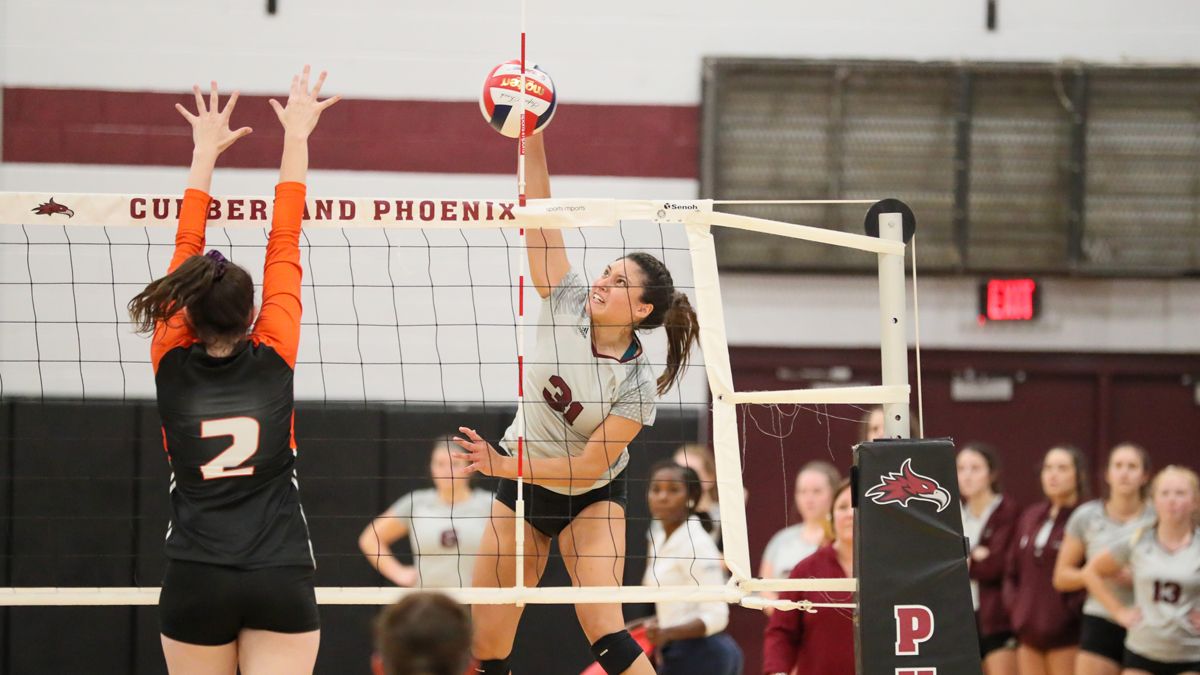 Masa Nalovic extended her excellent play of late today, leading the team with 10 kills, while leading all players with an awesome .571 attack percentage. Lyssette Serna had another workmanlike performance on the attack with seven kills of her own, and dominated from the serve with three aces.

Pikeville’s Megan Frazier earned the most kills of all players with 13 as well as a game high two solo, blocks, but it was not enough to earn the Bear’s their first conference victory of the season.

Out of the 25 points that Cumberland earned to win the first set, a whopping 21 of them came off kills. After a Nicole Carey and Mikayla Wickham combo block saw Cumberland take an early 4-2 lead, Pikeville responded with five straight points from where the Bears controlled the lead through the first half of the set. A 5-0 run by the Phoenix that included three Wickham kills tied the game at 15-15. The teams stayed even with each other until Raegan Moeller set the Phoenix up at match point 24-22 that was quickly followed by a Pikeville error.

Cumberland opened the second with a 3-0 run, but the Bears responded to force the teams to fight back and forth for the lead. After a Phoenix service error saw the Bears pull within one, 10-9, Cumberland ran away with the rest of the set. Abby Akins did her part in establishing the Cumberland momentum with a big kill to go up 13-10. Bianca Rodriguez set Nalovic up for a strong kill, pushing the lead to 22-13 and the Bears to the brink. Serna ended the second set, 25-25, with a kil from Victoria Johnson.

After ending the second set, Serna started the third with an ace off the hands of the Bears’ receive, from which point the Phoenix did not look back. An early 5-0 stretch by Cumberland saw Sadie Edmonston getting in on the action with a kill of her own, while Ali Hanger served up an ace. Rodriguez earned a kill of her own, 14-8, to cap another Cumberland run. A Victoria Johnson quick attack kill was followed by her setting up Carey on a kill for a 19-12 lead. Cheyenne Corey ended the match, 25-14, with back-to-back kills.

The next time the Phoenix play will be in the Mid-South Conference Tournament in Bowling green, Ky., competition starting Thursday.