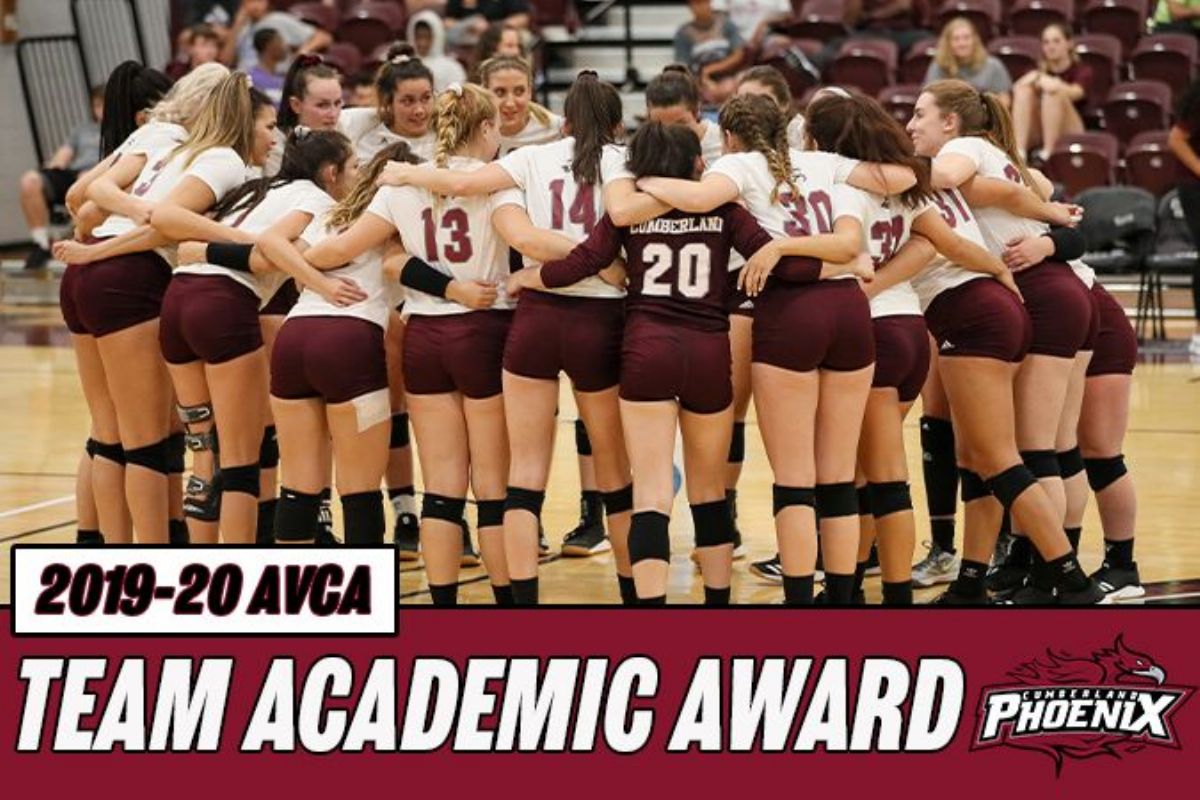 LEBANON, Tenn.– For the second consecutive year, Cumberland women's volleyball was recognized with the Team Academic Award by the American Volleyball Coaches Association (AVCA) for the 2019-20 academic year, the organization announced Monday.

The honor is given to programs with a team grade-point average (GPA) of 3.30 or higher during the school year. Cumberland boasted a 3.40 GPA over the past academic year and had 17 student-athletes make Cumberland's dean's list.

Georgetown College (Ky.), Life University (Ga.), and the University of the Cumberlands (Ky.) join the Phoenix as other Mid-South Conference schools to earn the award. Incoming full-time member Bethel University also received the honors playing in the Southern States Athletic Conference last season. There was a total of 66 NAIA Women's programs that earned the Team Academic Award.

The AVCA Team Academic Award was initiated in 1992-93 and honors collegiate and high school volleyball teams that displayed excellence in the classroom during the school year. This year, a record 1,315 teams received the award, breaking the record set last year by nearly 200 teams.