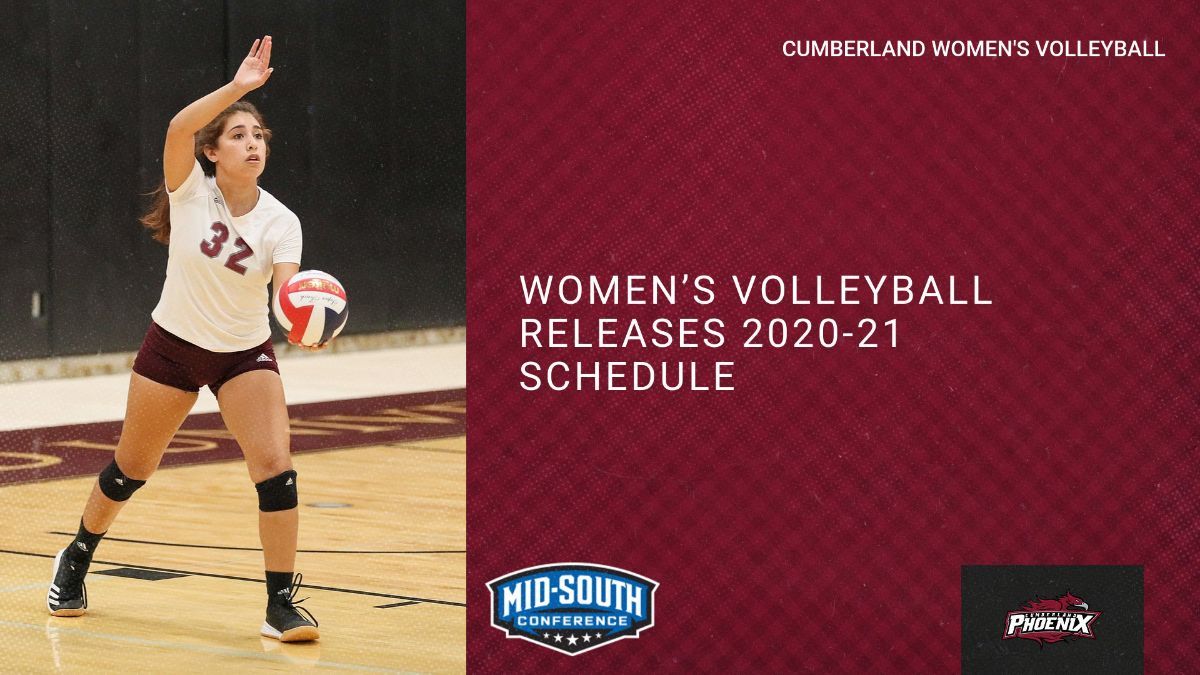 The 12-team conference schedule features a 16-matches beginning on Feb. 15, 2021, with the final match of the regular season slated for April 3, 2021. Cumberland will face Bethel University, Martin Methodist, Freed-Hardeman, Life University, and Lindsey Wilson College twice, in a home and home format, while taking on the rest of the conference just one time.

The top four seeds based on conference winning percentage will receive a bye to the Mid-South Conference Quarterfinals. The Opening Round of the MSC Tournament begins on Thursday morning, April 8, 2021, in Bowling Green, Ky. The quarterfinals will take place that Thursday evening with the semifinals and finals slated for Friday and Saturday.

NAIA officials announced on Aug. 20 that the women's volleyball tournament would be staying put in Sioux City, Iowa for the 13th consecutive year. The Tyson Events Center will again play host as teams will battle it out for a national title from April 27 through May 1.

The Phoenix will begin 2020-21 in a neutral site tournament on October 24 where they will play matches against Southeastern Univerity and Middle Georgia State.

Cumberland will open 2021 with two non-conference matchups against Fisk Univerity and Lyon College on February 13 in Nashville before starting their Mid-South Conference schedule on the road for three straight matches against Bethel (Feb. 15), Shawnee State (Feb. 19), and Thomas More University (Feb. 20).

The home opener for the Phoenix is set to take place on February 25 against Martin Methodist. Cumberland will also host a Tri-match on February 27th against non-conference opponent Keiser University and Lindsey Wilson College.

The team will go on the road for four straight games beginning with Life University (March 11) and then heading to Henderson, Tennessee for a match with Freed Hardeman (March 13). The Phoenix round out their road trip against Martin Methodist (March 18) and Lindsey Wilson (March 20).