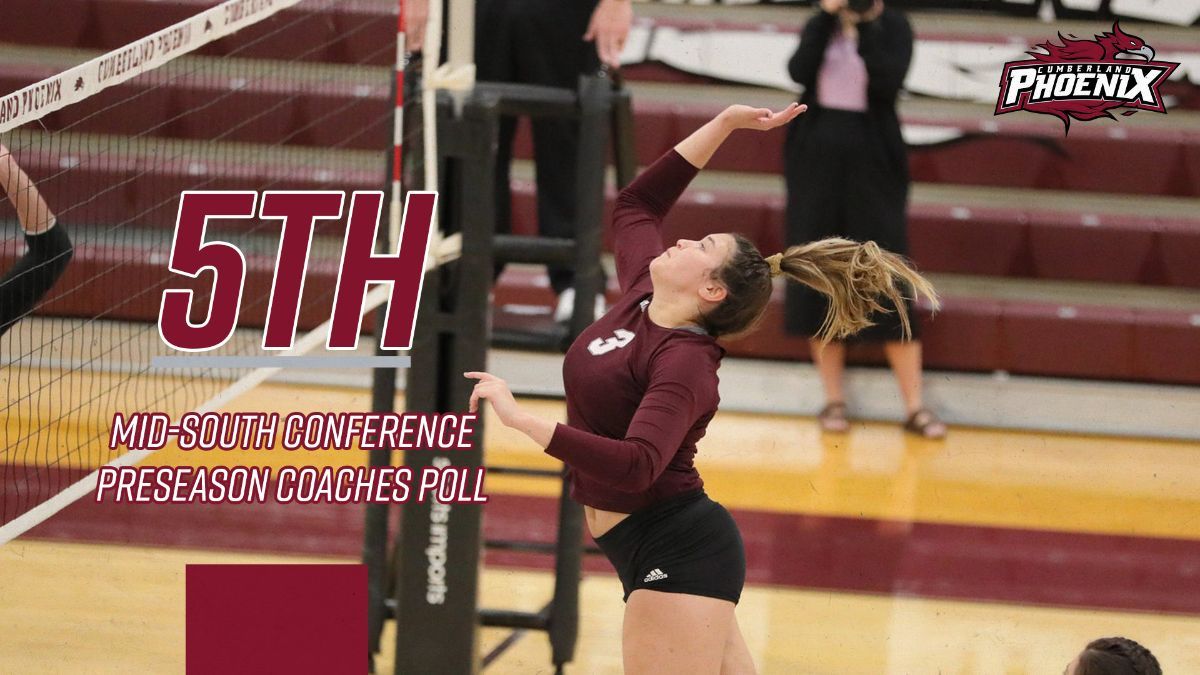 The Phoenix are coming off of their first 20 win season since 2010. Cumberland returns 10 letter-winners including three-time Defender of the Week last season, Sadie Edmonston, and Attacker of the Week winner, Nicole Carey. Edmonston racked up 444 digs on the season last year while Carey was fourth on the team in kills with 190.

Cumberland has brought in some high-level freshman that Coach Vadakin is excited about and transfer Samantha Holguin to look to build off the 22-win season a year ago.

Lindsey Wilson has been selected as the preseason favorites to win the Mid-South Conference Volleyball Regular Season Title. Lindsey Wilson tallied 121 points in the poll and 11 of the 12 first-place votes. The Blue Raiders captured both the MSC Regular Season and Tournament Titles a season ago and reached the round of 16 in the NAIA National Championship.

Life is picked fourth in the poll with 88 points followed by Cumberland with 82 points. MSC newcomer Martin Methodist is slotted sixth in the poll with 65 points, Cumberlands is right behind them with 64 points and Campbellsville comes in at eighth after earning 50 points.

In their first season in the MSC, Bethel and Freed-Hardeman are ninth and 10th in the poll with 35 and 31 points respectively. Shawnee State is slotted 11th with 31 points and Pikeville rounds out the preseason poll with 14.

The Mid-South Conference Volleyball Tournament is scheduled for April 8-10 in Bowling Green, Ky.