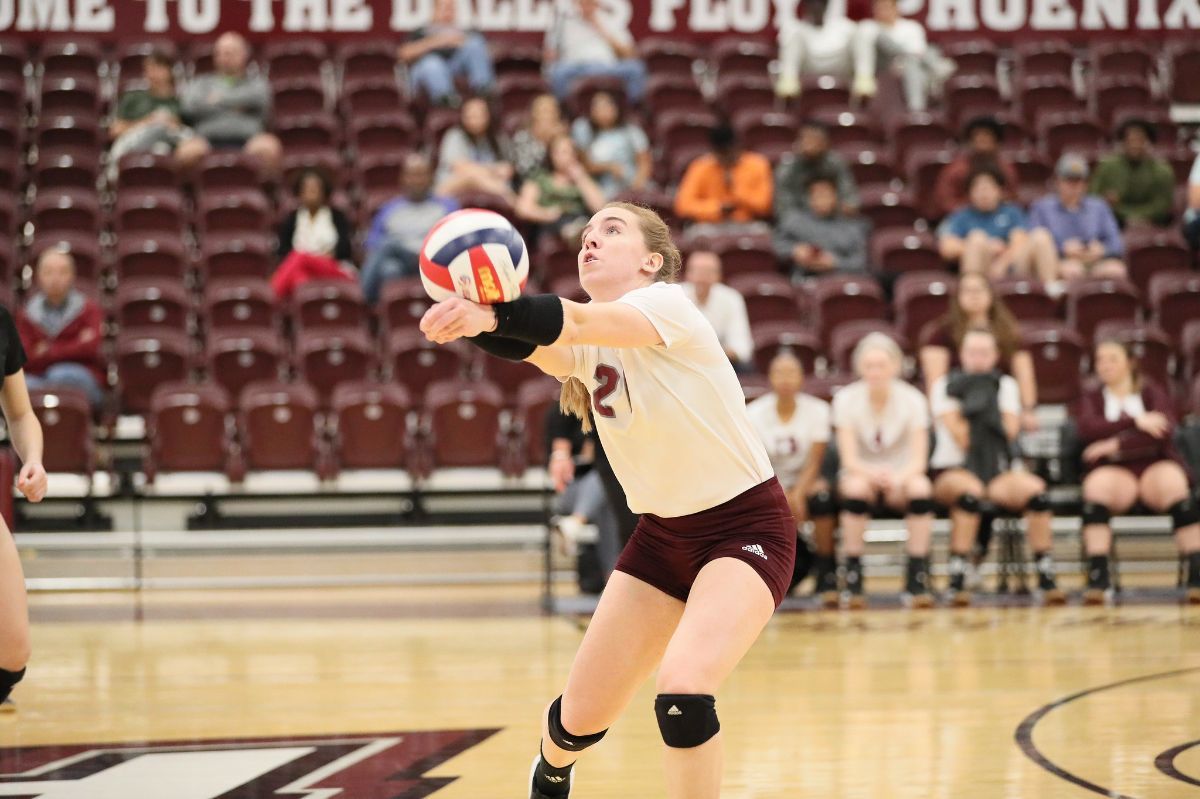 ELGIN, Illi.- The Phoenix were able to rally back being down two sets against William Penn but fell short in the fifth set losing to the Statesmen, 3-2.

Sydney Pearce led the team in kills with nine, as Lauren Galvan was able to follow behind with eight. Jovana Cernjanski continued her impressive defensive skills as she was able to tally in 24 digs. Victoria Johnson was able to lead the Phoenix in assists with 37.

The Phoenix started set one off very strong as they were able to jump to a 4-1 lead starting with a solo kill by Cernjanski. The Statesmen were able to retaliate and tie the score at five. William Penn was able to go on a 7-0 run against Cumberland putting the game at 18-11. With countless errors by the Statesmen the Phoenix were able to cut the lead down to 20-16. A strong attack by William Penn’s Kianna Childers and Corrin Lepper brought victory to the Statesman with a score of 25-20.

Set three started off very strong for both teams as Galvan and Olivia Dodd were able to tie the game up at four for the Phoenix. The Statesmen were able to find a quick 5-0 run, but that did not discourage the Phoenix as a spark was lit under the offense and resulted in solo kills by Luciana Arena, Samantha Holguin, and Dodd, to force a timeout by William Penn with a score of 21-20. The Phoenix went on to dominate the rest of the third set, making Cumberland the winner with a score of 25-23.

Set five started off slow for the Phoenix as the Statesmen were able to take an early 8-4 lead, due to errors by Cumberland. The Phoenix tried to fight and cut down the lead with the help of an ace by Cernjanski and a kill by Johnson but unluckily fell short in set five, 15-8. William Penn was able to win the match, 3-2.

The Phoenix will be back on the road to compete in the Vette City Classic in Bowling Green, Kentucky on Friday, January 29th against Mid-South opponent, University of the Cumberland & Shawnee State at 11:30 A.M. and 4:30 P.M.