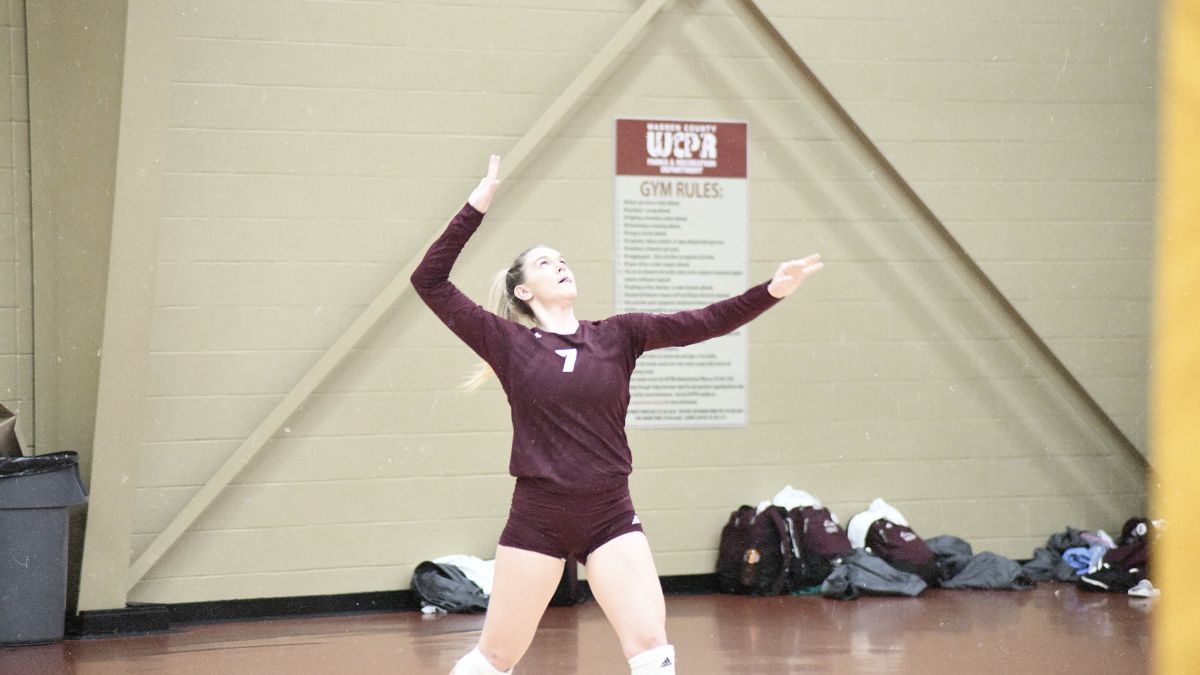 BOWLING GREEN, Ky.-- The Phoenix go 0-2 on the second day of the Vette City Classic, as they lost to Georgetown, 3-1 and got swept by Campbellsville, 3-0.

Cumberland dropped a four set match with Georgetown falling after winning the first set. The Phoenix had too many unforced errors and the Tigers were able to capitalize.

The first set started with both teams trading points, while tied 3-3 a kill from Isabella Curcio sparked a 3-0 run, but it was spoiled with a kill by Georgetown's Hunter Kelley. The Tigers used that momentum to go on a 3-0 run for them to knot the game back up at 6-6. This set continued to go back and forth with neither team able to gain more than a one-point lead until at 23-23. Back-to-back errors from the Tigers gave the Phoenix the first set, 25-23.

The second set started out much like the first as the team's traded blows until 10-10. Cumberland forced two errors in a row that sparked a 3-0 spurt for Georgetown. The Phoenix mainted a three-point deficit until 17-14 before Georgetown closed the set off with a 8-1 run and took all the momentum in this match 25-15.

The Tigers started the fourth set out strong with a 4-0 advantage, but Cumberland rallied back in it with kills from Curcio, Cheyenne Corey, a service ace by Sydney Pearce, and an attack error from the Tigers. With Cumberland trailing 7-6, Georgetown went on another big 5-0 run off of four Phoenix attack errors. Cumberland was able to get it back to a 12-11 deficit from three straight Tiger errors, but Georgetown used a 6-1 run to get up 18-12 before sealing it 25-18.

The Phoenix showed a lot of fight at the beginning of the fourth set jumping out to an 11-3 lead. Georgetown got right back in it with a 5-0 run. The Tigers trailed 14-9 when they rallied off two points before a kill by Sydney Pearce and then a 4-0 run tied the game at 15-15. Georgetown rode their momentum to a 9-3 run to close out the game, 25-19 and the match 3-1.

The Phoenix were swept by the Campbellsville Tigers in the second match of the day losing, set 1: 25-20, set 2: 27-25, and set 3: 25-17. The Phoenix will continue their road stretch as they will be traveling to Spring Arbor, Michigan to face Spring Arbor University and Aquinas College on Saturday, February 6th.