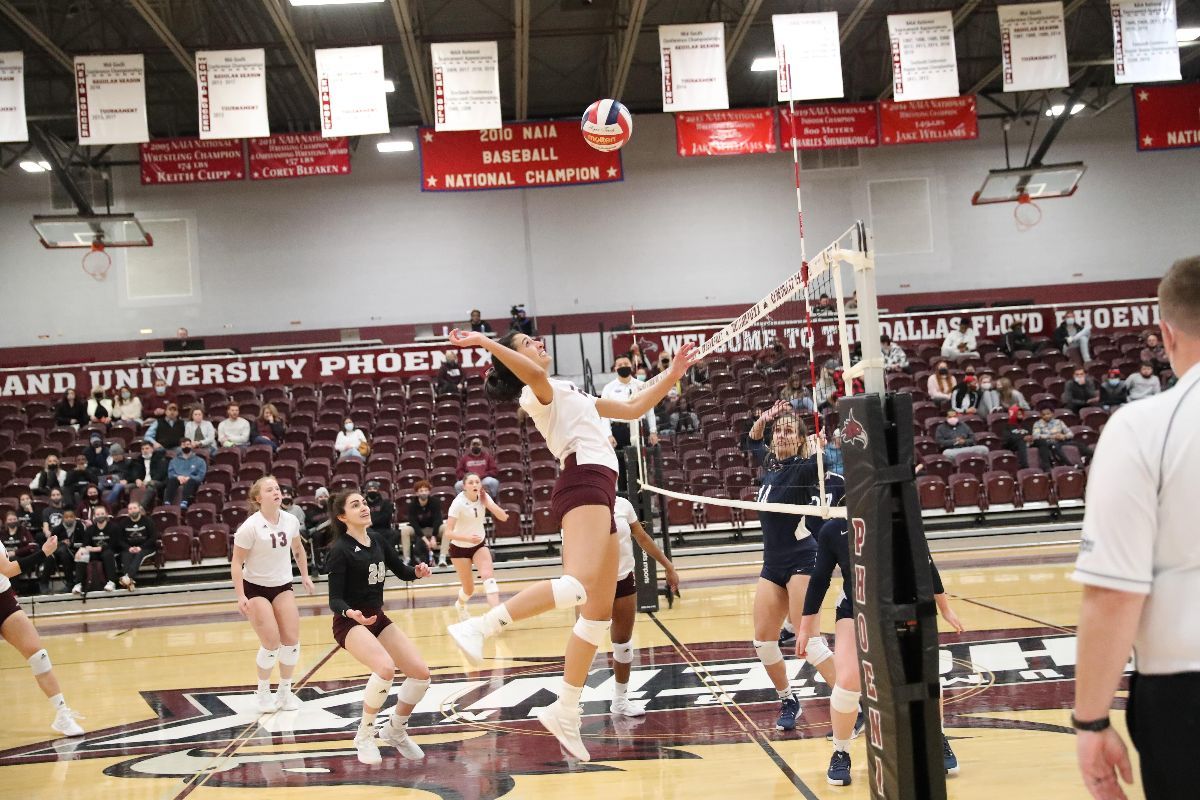 Cumberland women's volleyball, now 3-6 on the year, had a tremendous outing in their home opener against Lyon College. The Phoenix topped the Scots 3-0 in a fantastic performance.

The Phoenix women established control early on in the first set after jumping out to a 10-6 lead keeping the Scots on their heels. Sophomore outside hitter Isabella Curcio was all over the court to start, recording two assists and a kill in the team's first ten points. Lyon College clawed their way back into the set though after a total of five kills by the Scots saw the score tied up at 12-12. The Phoenix played excellent offensively hitting spots all over the court. Junior Middle Hitter Nicole Carey hit two big spikes in a run that resulted in the Phoenix taking a 17-13 lead. The Scots, however, went on a run of their own to take a 20-19 lead. The Cumberland Women went on a 6-1 that included big spikes from Senior Defensive Specialist Jovana Cernjanski and Isabella Curcio to win the set 25-21.

Cumberland came out in the second set with a few errors which resulted in them trailing 5-0 to start. Junior Middle Hitter Samantha Holguin ignited a 9-1 run with back-to-back kills that established a 9-6 Phoenix lead. Sophomore Outside Hitter Olivia Dodd played excellent offensively in this set with two big swings that put the Phoenix on top 17-13. Freshman Outside Hitter Maddie Perez entered the game and also hit back-to-back kills that established a 20-14 lead. The Phoenix had a big enough lead to coast to another 25-21 set victory over the Scots.

The Lyon College women opened up the third set similarly to how they did in the second set with an 8-5 lead over Cumberland. Three big swings from the Scots saw the Phoenix trailing 11-6, forcing Head Coach Hannah Vadakin to take a timeout. The Phoenix came out of the timeout with big spikes from Olivia Dodd and Nicole Carey that cut into the Scots lead 11-9. A series of errors from the Cumberland Women helped the Scots jump out to an 18-13 lead. Cumberland went on a spectacular 12-3 run that included many kills from Dodd, Curcio, and Carey to take the set 25-21 and the match 3-0 over Lyon College.

As a team, the Phoenix recorded a .163 hitting percentage as opposed to the Scots .121 percentage. Cumberland also led the way with 41 kills compared to Lyon's 29.

Olivia Dodd and Nicole Carey both recorded a team-high nine kills in the match. Isabella Curcio and Samantha Holguin tallied seven kills, respectively. Sophomore Setter Victoria Johnson had an outstanding outing for the Phoenix picking up 33 assists with only one error. The Henderson, Tenn. native also registered a team-high four service aces. On the defensive side of the floor, Junior Libero Sadie Edmontson recorded a team-high 25 digs. Junior Defensive Specialist Shea Moore also had double-digit digs on the night with 11.

The Phoenix next take the court in a Mid-South Conference matchup against Bethel University in McKenzie, Tenn. on Feb 15. at 7 p.m.