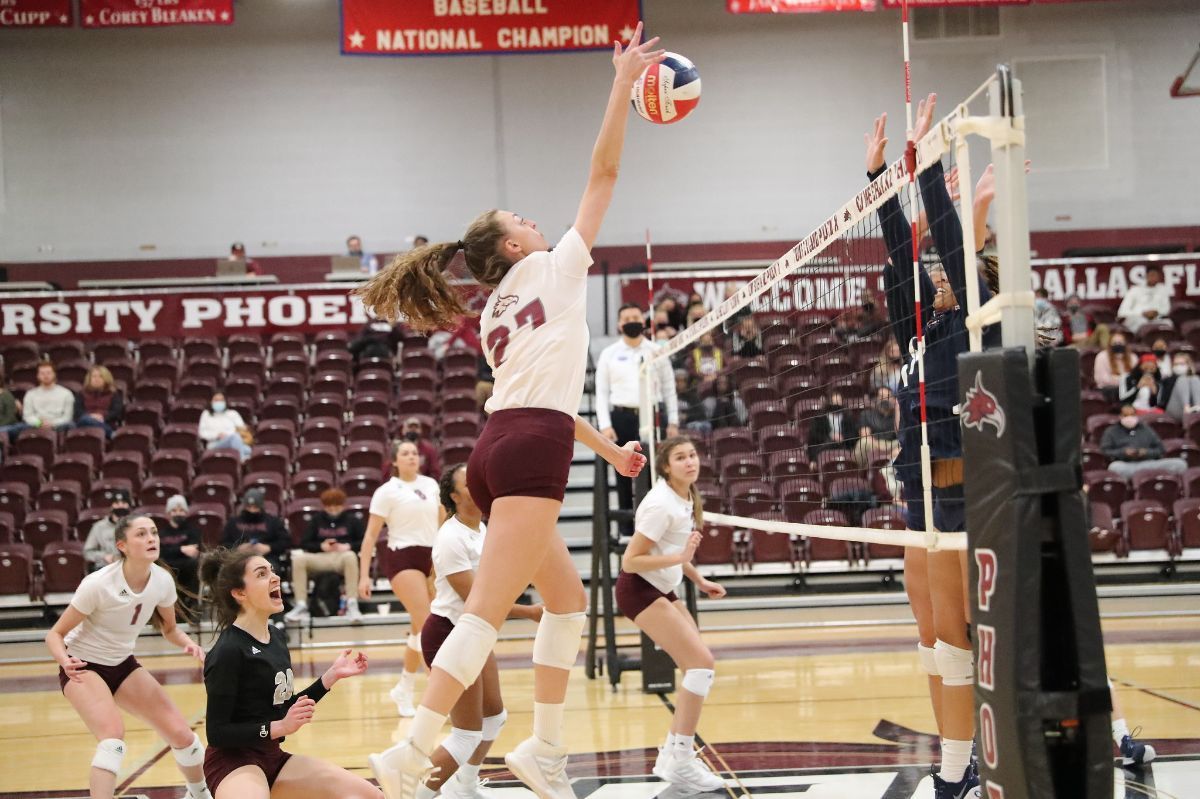 CRESTVIEW HILLS, Ky.-- The Phoenix lost on the road tonight to Thomas More, falling in straight sets to their conference rival.

Cumberland’s Luciana Arena, Maddie Perez, and Nicole Carey all led the team in kills with four. Sadie Edmonston was able to record a team high of 11 digs, while Victoria Johnson led the team with 15 assists.

The momentum stayed with the Saints going into set two as they jumped to a 6-0 lead over the Phoenix. The Phoenix tried to find some kind of spark from a kill by Perez and Olivia Dodd but miscues by Cumberland, allowed Thomas More to jump to a 13-5 lead. A double kill by Ashley Rees and a pair of aces by Rachel Berwanger put the Saints ahead 21-8. Errors continue to ruin opportunities for the Phoenix as the Saints take set two with a score of 25-10.

The Phoenix will be back at home to face against Martin Methodist on Thursday, February 25th at 3 P.M.