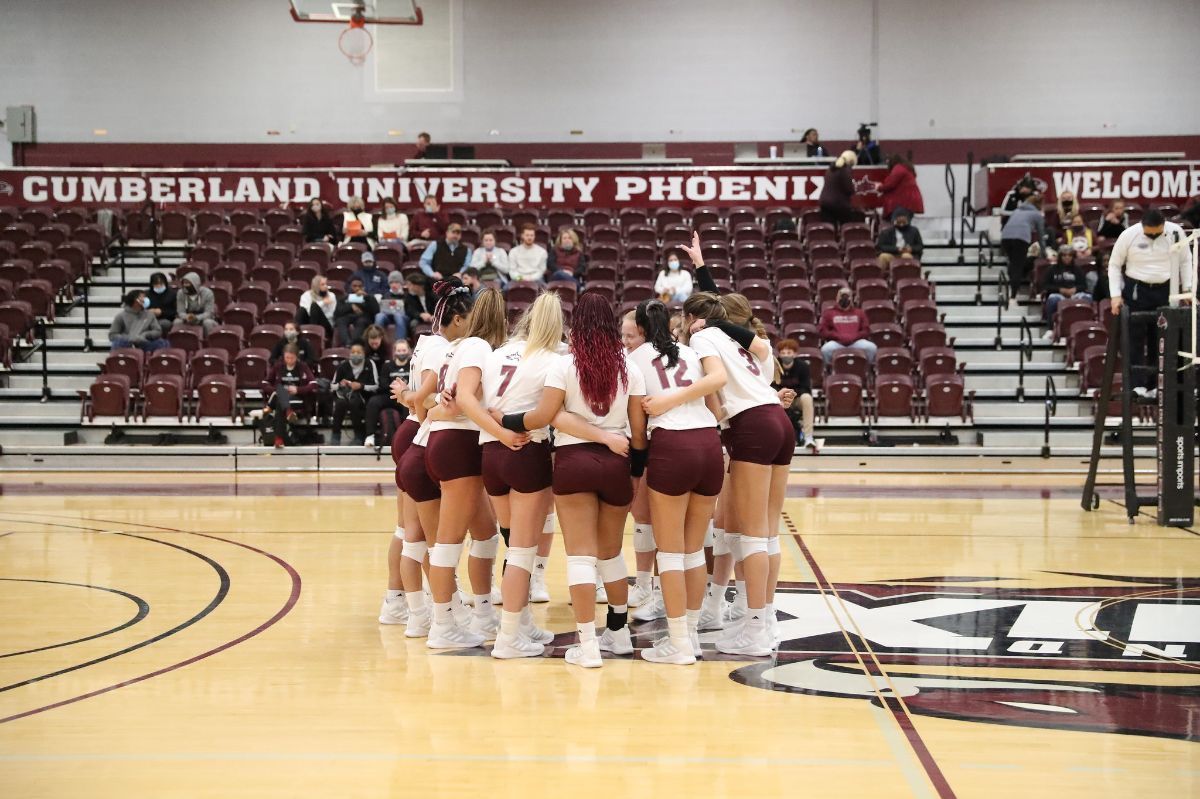 LEBANON, Tenn.- The Phoenix went 0-2 on the night falling to Martin Methodist and Keiser University, 3-0.

Sydney Pearce led the Phoenix in kills with 12, while Olivia Dodd followed behind by recording eight. Victoria Johnson was able to tally in 17 assists and Sadie Edmonston secured 19 digs.

Set one was very back-and-forth as an ace from Edmonston and a kill by Dodd ties the game up at six. The Redhawks were able to go on a 3-0 run until a kill by Maddie Perez and Dodd put the game at 13-9, Redhawks leading. A kill by Martin’s Kara Nelms and Rebecka Cronin continued to increase the lead for the Redhawks, as they jumped to a 20-15 lead. A pair of kills by Pearce tried to put the Phoenix back into the game but multiple errors by Cumberland allowed Martin Methodist to take set one, 25-18.

Set three started off slow for Cumberland as Martin Methodist was able to jump to a 6-3 lead coming from a pair of kills by Kaitlyn Lund. The Phoenix were able to find an extra gear as, A pair of kills by Carey and a solo kill by Samantha Holguin and Pearce, allowed the Phoenix to take the lead with a score of 16-14. After multiple errors by the Phoenix, the Redhawks were able to tie the game up at 20. Miscues by the Phoenix and a kill by Brianna Turner, allowed the Redhawks to win, 25-21. Martin Methodist defeated Cumberland, 3-0.

Maddie Perez led the Phoenix in kills with seven, and Nicole Carey followed behind with five. Victoria Johnson led the team with 13 assists, while Sadie Edmonston tallied in 12 digs.

The Phoenix were able to jump to a 6-4 lead over the Seahawks coming from a kill by Sydney Pearce and Samantha Holguin, both being assisted by Victoria Johnson. A quick ace by the Seahawks and miscues from the Phoenix, allowed the Seahawks to tie the game at 10. The Seahawks went on a 6-0 run, due to a kill from Brooklyn VandeHei and multiple errors by the Phoenix, putting the score at 18-12. A kill by Johnson and Edmonston began to cut the lead, as the Seahawks remained ahead, 23-17. A quick kill by Abbie Seward, put the Seahawks on top of set one, winning 25-18.

To begin the second set, the Seahawks jumped to an 8-3 lead, coming from a pair of kills by Jordan Odam and Kourtney Bilyeu. An ace by Bianca Rodriguez and a kill by Johnson cut the lead for the Phoenix, making the score 13-8, Seahawks lead. Keiser was able to go on another 5-0 run against Cumberland to put them ahead, 20-10. A kill by Cassie cox and multiple errors by the Phoenix put the Seahawks Victorious for set two, winning 25-13.

The Phoenix will remain at home to face Lindsey Wilson and Keiser University on Saturday, February 27th at 2 and 6 P.M.