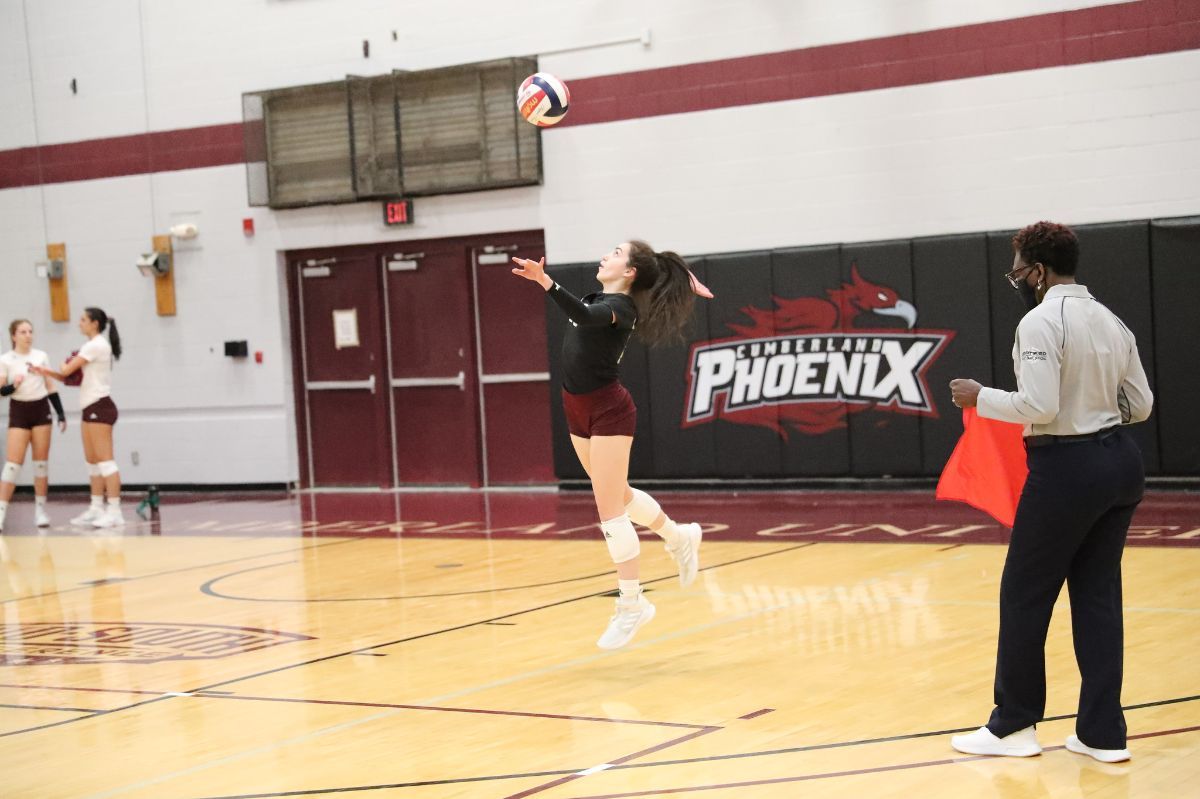 Maddie Perez led the Phoenix in kills with 13, with Nicole Carey following behind with 10. Bianca Rodriguez tallied in 21 assists, and Sadie Edmonston recorded 22 digs for Cumberland.

Lindsey Wilson started off set four hot as they jumped to a 5-0 run, due to errors by the Phoenix. A kill by Cumberland’s Luciana Arena and Perez, cut the lead for the Phoenix, making the score 8-4. The Blue Raiders were able to go on an 8-0 run, coming from a pair of kills by Alix Stoermer and Alexis Smith, putting the score at 16-4. Multiple errors by Lindsey Wilson allowed the Phoenix to start cutting the lead, but the Blue Raiders were able to finish out the set, winning 25-14. Ending the match, 3-1 Lindsey Wilson.

The momentum stayed with the Seahawks going into set three as they jumped to a 7-3 lead over the Phoenix. The Phoenix tried to find some kind of spark from a kill by Galvan and Arena but miscues by Cumberland, allowed Keiser to jump to a 14-5 lead. A double kill by Seward put the Seahawks ahead 21-8. Errors continue to ruin opportunities for the Phoenix as the Seahawks take set three with a score of 25-9. Allowing the Seahawks to win the match, 3-0.

The Phoenix will be back on the road to face Bethel University on Tuesday, March 2nd.